Rob Johnston finds out how Durham, the youngest first-class county, became the country’s champions, from the men involved in a golden period for cricket in the North-East.

Since Durham’s introduction to first-class cricket in 1992, they had been regarded as talented but without the self-belief needed to win games and trophies. By 2007, that was all changing. The mix of experienced cricketers such as Ottis Gibson, Dale Benkenstein and Michael Di Venuto, plus Geoff Cook’s production line of homegrown talent, was starting to produce results.

After 15 seasons without silverware, they won two one-day competitions in 2007, the Friends Provident Trophy and the Pro40 Second Division, and also finished runners-up in the Championship. The next season, Durham began a run of three Championship titles in six years.

How important was that 2007 season in developing belief within the club?

Will Smith (captain 2009-10 and batsman): The Friends Provident Trophy was the first silverware Durham had ever won and to get to a Lord’s final was a watershed moment. The players we had brought in all came together in that moment and from that point on, it gave us confidence and made us realise we were a threat to be reckoned with.

Phil Mustard (keeper-batsman): I actually think it all stemmed from the 2006 season when we avoided relegation from Division One by half a point. We won the Friends Provident Trophy in 2007, which we were all high as a kite about, but staying up in 2006 was almost as big a turning point for Durham. 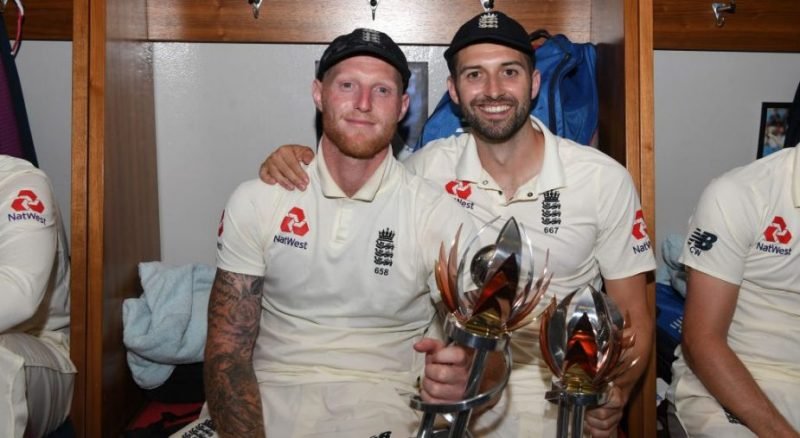 Geoff Cook (head coach): I spoke to various people to get some impressions of Durham from people outside. The consensus was that they had a bit of a struggle because of a lack of confidence and self-belief which consequently meant when they had a chance to win games, they weren’t following it through. Winning games was something that Dale Benkenstein really concentrated on.

Benkenstein joined Durham in 2005. How do you sum up his influence on the club?

GC: I can honestly say that he is the one of the most admirable men I have come across generally, and especially within the game. His common sense, support of his teammates, his desire to win and his ability with the bat were second to none. He was a great player and scored so many runs for us. He set a fantastic example and the club was lucky to have someone of that stature at that time.

PM: Benky was unlucky not to be in the South African team so to get him over was a bit of class from Geoff. Firstly, in just knowing who he was, because I didn’t! And secondly, to get him here somehow because I think the club had to jump through a few hoops to do it. His influence was fascinating for myself and the other younger players. He came in and created a relaxed atmosphere and that just helped to pull everything together.

Steve Harmison was available for the majority of the first two Championship wins, taking 60 wickets in 2008 and another 51 in 2009. How important was he?

WS: At his best, he was the world’s best bowler and he was still motivated by the hope that he would get back in to the England team. He also had this desire to do well for Durham so it was a perfect storm for how he bowled for us those two years.

PM: To have him at that time, fully focused on winning games for Durham, was pretty special. To see him perform in the last game at Kent when we won the title… he was quite frightening to watch, to be honest.

GC: Steven playing for us had a massive effect psychologically on the opposition and we were lucky to be able to call on him to such an extent throughout those two seasons. But we had a terrific bunch of bowlers throughout those years. 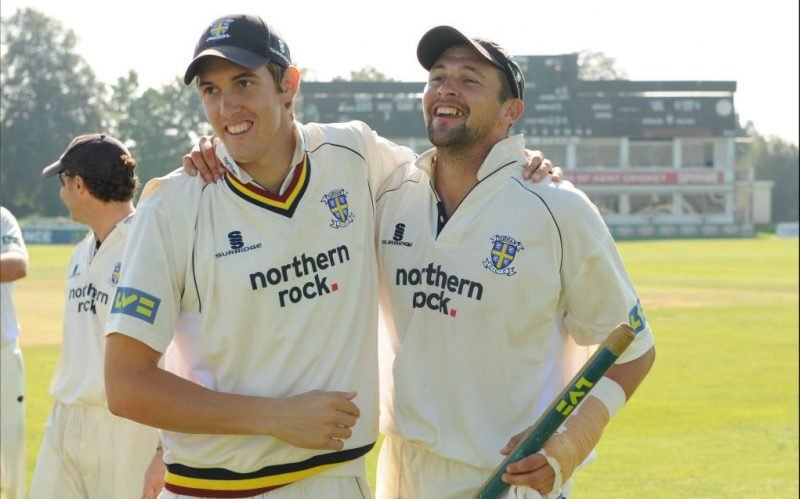 WS: It wasn’t just him: Mark Davies, Graham Onions, Callum Thorp, Liam Plunkett. There were a number of seamers who could come in and take a five-for on their day. Steve was the figurehead but without the other guys doing their jobs, he wouldn’t have been able to do what he did.

In the final game of the season against Kent, you won the game on the fourth morning but had to wait to see if Notts could get enough points against Hampshire to pip you to the title. They couldn’t do it and you were crowned Champions.

WS: That Canterbury success meant so much to so many people. When we arrived back at The Riverside, it was the early hours of the morning and we were very drunk by that point but I still remember how we were welcomed and in the days after. It seemed so important to the club and to the area as a whole.

PM: We did have a team full of all-stars, which helped. We had a great bowling line-up and an unbelievable batting line-up with Benky scoring a mountain of runs. The club had invested wisely in trying to produce a Championship winning side. That season finally showed just how good we were. 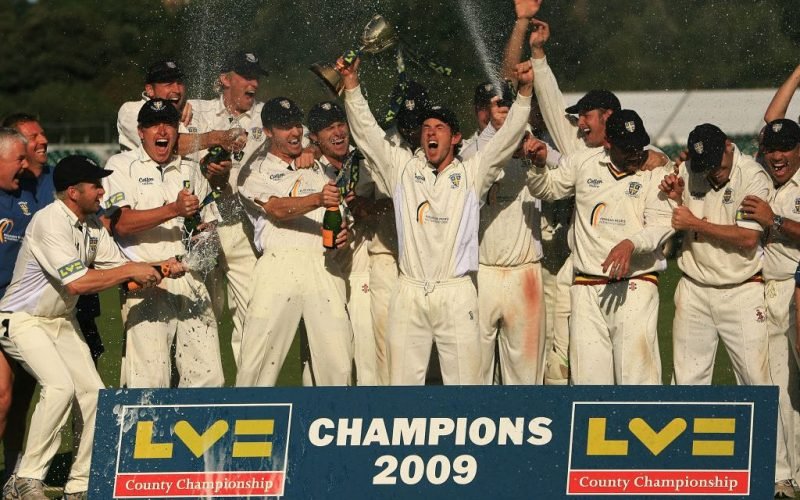 In 2009, Durham went unbeaten with eight wins and eight draws to win their second title in as many seasons with plenty to spare. Will Smith replaced Benkenstein as captain but the team was basically the same. How did that title win differ from 2008?

PM: All the pressure was on us but generally Durham seem to do pretty well under pressure. We had Michael Di Venuto at the top of the order that season and he helped the young batters so much. He was sensational and scored over 1,600 runs. The second year seemed easier somehow.

WS: I gained a huge amount of confidence from Dale believing it was the right time for me to take it on with a team that was going well and had some fantastic players. We also had Ian Blackwell for that season. The one thing that Durham had always lacked in terms of being the perfect side was a spinner who could firstly do a containing role for the seamers but secondly, when it suited him, take wickets too. 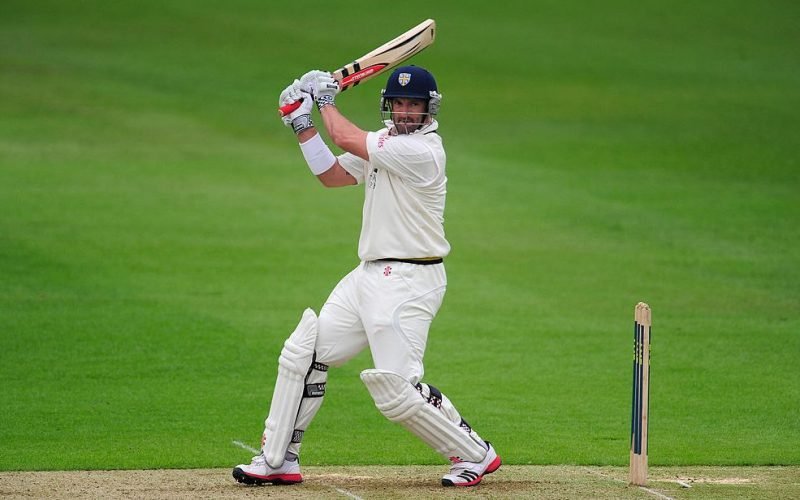 GC: The captain-coach relationship is always interesting and everything depends on the personality of the two. Dale was a massively mature cricketer who was happy to make the key decisions after consultation, whereas Will was concerned mainly with the tactical stuff on the pitch. It was his first year as captain and he wanted to get things right on there.

PM: We were fearless in how we went about our cricket that year. We thought we were top of the pile and we had to stay there. We won it with a lot to spare so it shows how good we were that season.

After 2009, there were some difficult times before the third win in 2013. What do you put that down to?

GC: We had some problems with the captaincy when the experienced players didn’t want to do it. Phil tried it without a lot of experience and he did a manful job but it was a tricky time for the team. Every side goes through that difficult period of change.

PM: We had our disappointments over the years, and we found it difficult to back it up after 2009 because the senior guys drifted off and the young guys had to develop further. It was a tough period for me and the club to try and negotiate how we would move forward to win the next Championship. We had a mixed bag when people expected us to be at the top all the time.

The Championship win of 2013, achieved without an overseas player having points deducted for going over the salary cap the previous year, must have been extra special?

PM: That season was special for me as an individual because when we first won it, I was surrounded by a lot of experience. But in 2013, I was one of the experienced players helping the youngsters through. We went on to win the Championship with not as good a side as we had previously.

WS: It was an incredible year and a completely different feel because the success was borne out of the sum of the parts being slightly greater than the individuals. We kept winning games by surprise. Mark Wood emerged, as did Jamie Harrison and Chris Rushworth. All of a sudden they turned into high quality, motivated young players. On the batting front, Mark Stoneman and Scott Borthwick were starting to hit their peak as well. 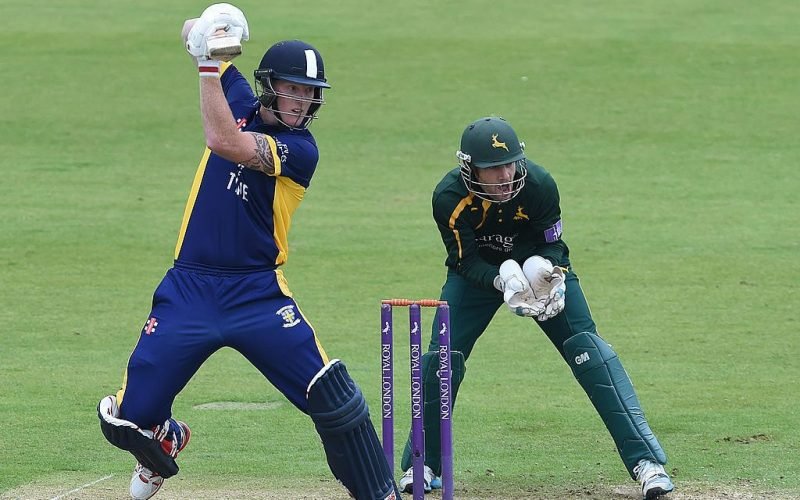 PM: It was a differently balanced side too because we had Ben Stokes batting at four and bowling and I was down at seven, holding up the rear. We didn’t have all these superstars so we needed everybody to chip in with every bit of energy they had and Stokesy was a big part of that. He got a lot of wickets, as did Graham Onions. It was a young side but a skillful side. That is down to the work Geoff did with the youngsters.

GC: We had some good bowlers and they win games, so it wasn’t a surprise. There was a reconstruction within the team going on with people like Stokes, Stoneman and Borthwick. They were finding their feet and doing pretty well and Rushworth was making huge strides too. Playing at Durham, there’s always a chance of winning games and those guys were significant in their contributions that year.

As was Paul Collingwood who took over as captain in 2012.

GC: Paul’s constant availability after standing down from England, his experience and his captaincy skills meant it was the perfect time for him to take over.

WS: It’s the situation where Paul Collingwood, throughout his career, has been at his best. He has been able to galvanise teams at times when others wouldn’t have done. He was exceptional that year.

All three championship wins had local guys at the heart of the team, was that important?

GC: Having these local lads was fostered by Dale to a large extent. The team has always had a great team spirit and a great pride in representing Durham and what we have tried to achieve over the last 25 years. In that sense, the community pride has also played a part, yes.

WS: John Windows, the academy director, is always overlooked when you talk about Durham’s success but he has been a massive factor in that. He continually churns out these good players. These guys were playing for the love of their club and their region and it’s testament to the attitude a lot of people have in the North-East to always give everything they’ve possibly got. That was very much the case in all three of those wins.