Rob Johnston looks back on the career of Stuart Law, an Aussie run-monster who couldn’t catch a break with his national selectors.

Essex had gone through the August of 1997 without winning a game and lined up against Warwickshire in the NatWest Trophy final not so much as underdogs but also-rans. The Essex bowlers restricted Warwickshire to 170-8 off 60 overs but it still looked a tricky chase on a pitch doing plenty, against the best one-day attack in the country. Not, though, for Stuart Law.

The Aussie opener scored 80 not out off 71 balls and dominated Allan Donald as Essex reached their target one wicket down with 34 overs to spare.

Law played countless such innings between 1996 and 2008 for Essex and later Lancashire. The stats are astonishing: in 193 first-class county games, Law scored 16,383 runs at an average of over 57, including 53 hundreds. Throw in another 8,000 one-day runs and it is an impressive body of work.

Jimmy Maher played with Law at Queensland. “Stuey was simply a wonderful batsman. He was adept in all conditions and a wonderful timer of the ball. He had this ability to take the pace off the ball, which meant he was a very good gap hitter. He applied graceful timing rather than power.”

Stephen Peters, who batted with Law at Essex, concurs. “From a purely natural ability point of view and an ability to thread the ball through the field, especially the off-side, I don’t think I’ve played with anyone better. He had a serious gift when it came to that cover, backward-point region.”

Law played 54 ODIs but just one Test, in 1995 against Sri Lanka at Perth, when he replaced the injured Steve Waugh. He made 54 not out but never got another chance. Maher believes in any other era Law would have been a regular. “Stuart was one of those players always banging the door down but there weren’t any spots up for grabs and that’s how it should be.”

In 2001, Law accused the selectors of holding some things he had said against him. “I don’t know why he didn’t play more,” says Peters. “Stuey was no angel. He was very opinionated and if something annoyed him he told people and a lot of people didn’t like that.” 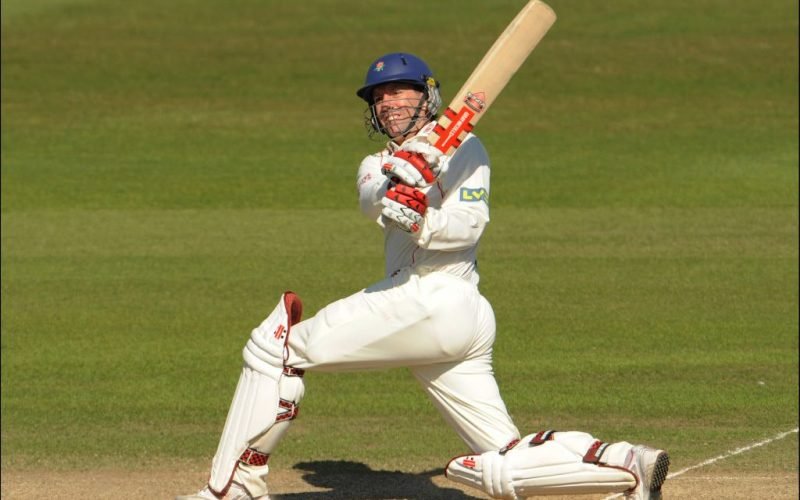 Law liked a beer, played the game hard and called a spade a spade. This caused friction at Essex and Law left in acrimonious circumstances in 2001 after falling out with Ronnie Irani and Nasser Hussain. The meeting where he was told his contract would not be renewed lasted 30 seconds. “I couldn’t believe how quickly that dressing room unravelled,” says Peters. “In 1998 when we won the Benson & Hedges Cup, it was the best year and I loved the dressing room. Then it all fell apart so quickly. There was Stuey and a few others who loved a few beers, just chilled out and enjoyed their cricket and there was a clash with some of the other guys who were a bit more intense.”

At the height of the tensions, Essex travelled to Old Trafford to take on a Lancashire. “We played the four-day game on a minefield of a pitch with a great bunker on a length outside off stump for Murali to rag it out of,” remembers Peters.

Muralitharan took 10 wickets as Lancashire won easily but he could not dismiss Law who scored unbeaten hundreds in each innings. Law had spoken before the game about not sweeping the Sri Lankan but the Essex hierarchy refused to listen. The majority of the players swept and no other Essex batsman reached 40 in the match.

“Stuey got a ton in the one-day game the next day too,” says Peters. “It was some of the best batting I saw in my career. Lancashire signed him for the next season and it was probably an open chequebook. He was so driven to show people at Essex that whether he liked a beer or not, he was a top player. It was something to watch.”

“He’s one of the most unlucky cricketers of the modern era.”

Stuart Law hit 79 first-class hundreds across his career but played just one Test for Australia… in which he hit 54 not out. https://t.co/W180GHQElf

Lancashire got 23 first-class hundreds out of Law and were so impressed with his contribution they awarded him an early benefit year in 2007 and made him captain the year after.

We’ll never know if Law would have mastered Test cricket but there’s no doubting he had the quality to flourish. Essex and Lancashire should count their blessings they had Law for uninterrupted seasons when most others of his calibre were playing for their country.

“If he had a point to prove or if someone had pissed him off, then Stuey would go out hungry,” says Peters. “The fact he didn’t feature much for Australia meant he was always desperate to score a stupid amount of county runs to show that he should have been playing. Stuey was just an unbelievable batsman.”