Five titles in the space of nine seasons make the Lancashire sides of the 1920s and ‘30s the finest and most decorated the county has seen. Paul Edwards looks back at the main protagonists.

When Lancashire won the County Championship at Taunton in 2011, Peter Eckersley’s name got a good airing and so did the number 77. For it was under Eckersley’s leadership in 1934 that the county’s last outright title had been secured. Yet that triumph also brought to an end the only great era in Lancashire’s history, at least as far as first-class cricket is concerned. In the nine seasons from 1926 to 1934, the Championship came to Old Trafford five times, with a hat-trick of titles being won in the first three years of that span. Either side of that era, and, indeed, for three years within it, Yorkshire ruled. Who were these cricketers who so brazenly subverted what was seen east of the Pennines as the natural order of things? And, just as pertinently, what manner of men captained them?

Let us say first of all that the Lancashire team which won three titles on the trot boasted a supremely talented group of cricketers, perhaps the best in the county’s history. But that history has been sprinkled with similarly talented groups, none of which achieved the distinction enjoyed by the sides led by Leonard Green and Eckersley. So before we examine the specific strengths of the players, let us consider the two men who led them.

The history of the County Championship offers many examples of strong teams ruined by poor leadership. This was particularly but not exclusively so in the era of amateur captains, who were often appointed because they were good chaps with decent manners. Sometimes they were poor cricketers themselves, which was bad enough; often they did not understand how to get the best of the players they led, which was even worse, especially when a professional cricketer’s income was dependent upon results and the favour of his skipper.

The slightly distant Green and the rather more populist Eckersley did not fit into the amateur stereotype. For one thing both men could play the game; for another, they listened to the views of their knowledgeable professionals, like Ernest Tyldesley or George Duckworth; most significantly, however, they could lead men and treated them as adults rather than vassals.

Two examples from the Green era serve to make the case. In July 1926 Lancashire were playing Kent at Dover. Chasing an improbable 426 to win, the home side were 361-5 and their efforts were being aided by the decision of Lancashire’s leading fast bowler, Ted McDonald – the ‘Silk Express’ – to bowl off-spin. McDonald’s teammates pleaded with him to bowl at his usual pace. He ignored them. Green could have bollocked the Australian bowler; instead, he bought him a large whisky at lunch and suggested he might slip himself. McDonald took a hat-trick and Lancashire won by 33 runs. They were on the way to their first title. McDonald, who only made his Lancashire debut when he was 33, played in the first four title-winning sides of Lancashire’s great era. Along with Brian Statham and Glen Chapple, he remains one of the county’s most revered seam bowlers.

Now another bowler, also beloved by the Lancashire crowds, and another example from the 1926 season. Cecil Parkin was a right-arm off-spinner who could bowl six different variations in an over. In only 157 matches for Lancashire, Parkin took 901 wickets at an average of 16.12. But in 1926 the 40-year-old’s powers were declining and the man Jack Hobbs once described as the best bowler in England had a bad game against Leicestershire in Ashby de la Zouch. Green dropped him from the side and Parkin said he would return to league cricket. Over the next few weeks it was suggested that Parkin be recalled but Green was determined not to show weakness. Parkin never played for Lancashire again.

His replacement Jack Iddon took 533 wickets for the county, scored 21,975 runs and played an important role in all five Championship-winning sides. He and Len Hopwood, another all-rounder, are two of the rarely mentioned heroes of the great era. Following the dropping of Parkin, Lancashire went unbeaten for the rest of the season, winning nine of their remaining 12 games. At a time when the title was decided on the percentage points gained per match – not all counties played the same number of games – Green’s team won the title from Yorkshire, who went through the entire season unbeaten, by 1.43 per cent.

Was Green lucky? Probably. All captains need a bit of good fortune. But luck does not win a hat-trick of titles. Leonard Green was a leader who had served as a Major in the First World War. But he was no General Melchett. He preserved the distinction between amateur and professional yet he knew how to take a group of men and ensure that they worked towards a common goal. The best tribute was paid to him by Lancashire’s extrovert wicketkeeper, George Duckworth, who played in all five title-winning sides, claimed 922 victims and had an appeal that scared dogs. “Skipper’s aw reet,” said Duckworth, “He does his job and we do ours.”

In 1928, Green’s last season in charge, Lancashire were invincible, winning 15 of their 30 games and taking first-innings points in nine of the others. Ernest Tyldesley scored over 3,000 runs and Charlie Hallows managed over a thousand before the end of May. Frank Watson, Iddon and Harry Makepeace also scored a thousand runs in that idyllic summer when Lancashire had comfortably the best side in the country and almost certainly the finest team in their history. 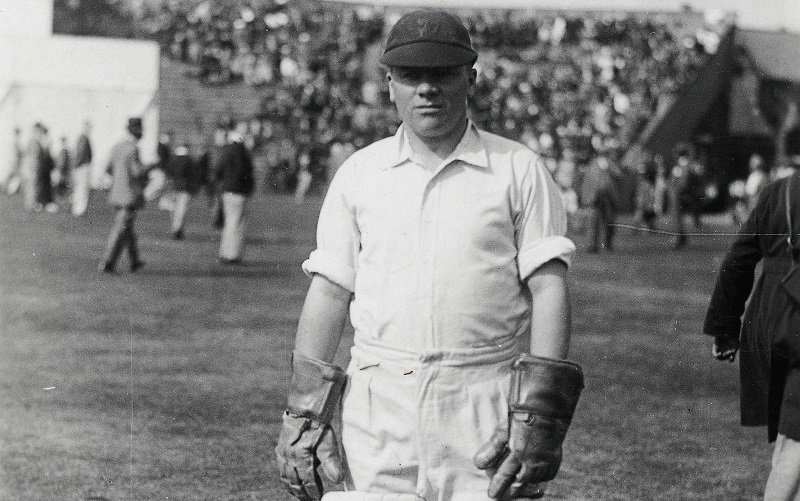 Peter Eckersley’s achievement was different and perhaps a shade more relaxed. Less obviously autocratic than Green, he captained Lancashire for seven years before becoming Conservative MP for Manchester Exchange in 1935. Instead of having to manage a team at the height of its powers, he led a team in slight decline in 1930 and conjured a title from a team without a regular match-winning bowler in 1934.

Neither Championship was easily won. The first depended on a points system which awarded eight points for an outright win yet five for a first-innings lead; the second began with Eckersley’s team winning just one of their first seven games. “None of us cares twopence about the Championship,” wrote Neville Cardus in 1934, “certainly not this year, when it is obvious that Lancashire cannot win it.” Similar sentiments had been expressed in 1930 yet, helped by the leg-spinner Dick Tyldesley’s 121 wickets, Lancashire took first-innings points in eight games compared to runners-up Gloucestershire’s two. At the end of a season in which all teams had played 28 games, Eckersley’s side were top of the table despite winning five fewer games than Bev Lyon’s Gloucestershire. 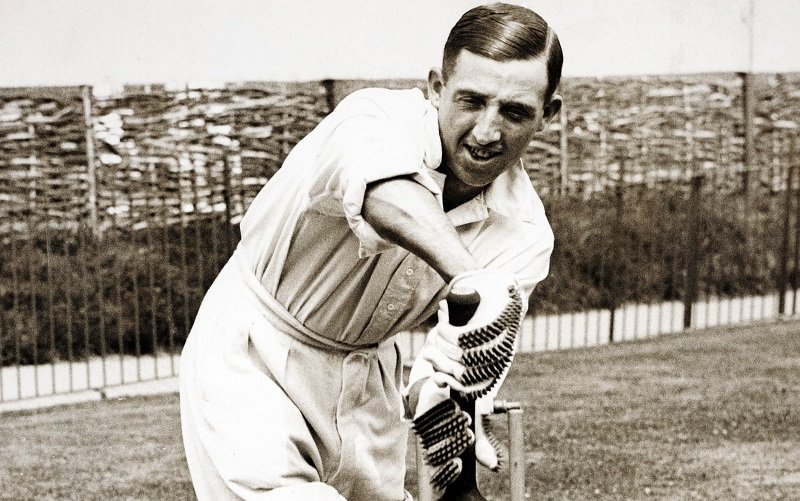 More than any of Green’s titles, Eckersley’s first was a team effort in which his seam bowlers like Frank Sibbles played important roles. Equally significantly, when Duckworth was playing in the Test matches against Australia, Lancashire had a quieter but hardly less competent deputy gloveman in Bill Farrimond, who preferred being an understudy to moving to another county.

Farrimond’s example illustrates the nature of professional county cricket in Lancashire, and Yorkshire, in the interwar years. As Keith Hayhurst points out, Lancashire’s second-choice wicketkeeper was “born, bred, married and buried” in the Bolton suburb of Westhoughton. For many years he lived in a semi-detached house adjoining the one owned by his friend and Lancashire colleague, Dick Pollard. The ambitions of such cricketers were modest and many of them rarely strayed from home. Eric Midwinter’s analysis in his excellent history Red Roses Crest The Caps cannot be bettered.

Ernest Tyldesley: The heaviest scorer in Lancashire’s history with 34,222 runs, he did as much as anyone to bring five titles to Old Trafford. Often compared a trifle unfavourably with his much younger brother JT. “The crowding numbers do not die,” wrote RC Robertson-Glasgow. “Would it were likewise with the manner of their making.”

Dick Tyldesley: Euphemisms are no good. Dick Tyldesley, no relation to Ernest and JT, was a fat leg-spinner who did not turn it much. He is nevertheless Lancashire’s fourth-highest wicket-taker, with 1,449 victims. He relied on accuracy, the ability to make the ball deviate just enough, bounce and a bit of bluff. His top-spinner, said Neville Cardus, was “alive and kicking”.

Eddie Paynter: A superb left-handed batsman, Paynter was quick on his feet, played the ball late and loved to attack the bowling. He came into his own in the 1934 side, when he scored 1,480 runs. His view on the Roses match was that he wanted to enjoy it: “Why should the crowd have all the fun?” he asked.

George Duckworth: Along with Ernest Tyldesley and Harry Makepeace, Duckworth was one of Leonard Green’s inner council. But when his piercing appeal and extrovert personality are set aside, he was a brilliant and utterly honest wicketkeeper. “It was the unsettling gusto of his presence and his attack which produced the goods,” wrote Eric Midwinter.

“The professional cricketer was the genuine epitome of the respectable topside of the proletariat. Stable, watchful, complacent and a little self-satisfied, they knew their place and preferred it. They were tradesmen, skilled and decently paid. They would stroll, in their good boots, watch chains across their waistcoats, around the wintry streets of their spinning or weaving homelands, unpressurised by the stress of the mill hooter and admired by their peers. In summer evenings they would sink their pints and smoke their pipes in the quiet, second-grade hotels of Worcester or Canterbury, and then, off again by train, to Taunton or to Gloucester. The motor car, the cinema and the dance hall had not yet exerted their socially magnetic pull.”

By 1934 McDonald and Dick Tyldesley were gone, as were the great summers of the 1920s when Lancashire had lost only three Championship matches in three years. However, that great cricketer Ernest Tyldesley scored his 100th first-class century at Peterborough and was joined at the top of the order by Eddie Paynter, one of the greatest attacking batsmen in Lancashire’s history. And though the team was led by an amateur, it was suffused with deep professional pragmatism. Unable to win any of their last four games, they managed to take first-innings points in all of them, while runners-up Sussex suffered only their second defeat of the season when they lost at Cheltenham. Len  Hopwood, who scored 1,583 runs and took 110 wickets, became the first Lancashire cricketer since 1904 to do ‘the double’.

In many ways Hopwood epitomises the character of Lancashire sides of their great era. Unfussy and sometimes unlauded, they took pride in being supremely professional and, for a few years at least, they were the best team in the kingdom. And they were always content to be led by Major Green or Mr Eckersley.