Pakistan seamer Mohammad Abbas will make the short journey up the A46 next summer after two wicket-filled summers at Leicestershire, Wisden.com understands.

Abbas is familiar with English conditions. His time at Grace Road yielded 79 first-class wickets at an average of just 20.67 while he also won the Player of the Series award in Pakistan’s 2018 tour of England, famously taking eight wickets in the first Test match of the summer at Lord’s. 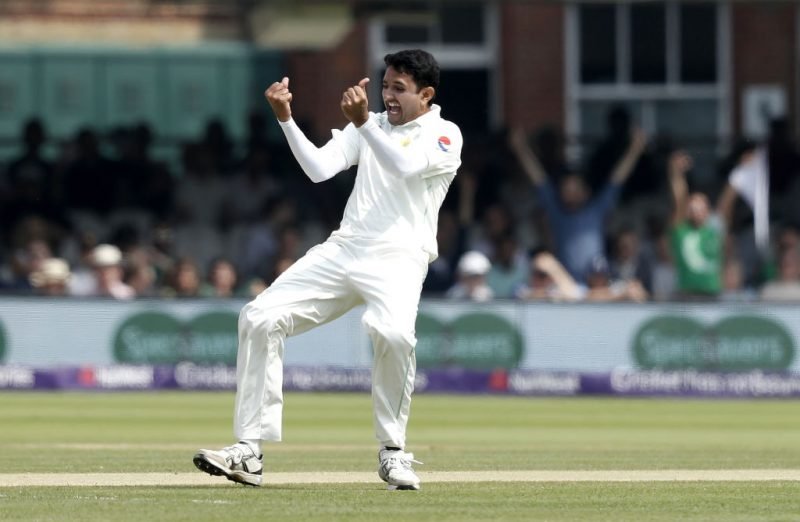 Mohammad Abbas celebrates one of his wickets against England in 2018

Abbas was presented his county cap by Leicestershire in September 2018 and followed the honour up with 10 wickets in a day as Leicestershire recorded a huge victory over Durham. Despite his own personal success, Leicestershire were unable to mount a genuine push for promotion in either of his years at the county.

Mohammad Abbas 10 wickets for Leicestershire versus Durham in the County Championship #Cricket pic.twitter.com/5MH2AeA9Su

It is a major coup for Nottinghamshire whose red-ball struggles were well publicised last summer. Nottinghamshire struggled to take wickets and work out a settled bowling attack, finishing the season with 32 bowling bonus points, the joint-lowest in either division. Luke Fletcher played 12 matches and was their leading wicket-taker with 35 scalps but Jake Ball, who played for England as recently as July 2018, struggled. He took 15 wickets across his 10 County Championship matches at an average of 58.53.

Their options with the ball were also looking thinner than last season. Notts have lost left-arm seamer Luke Wood to Lancashire while Paul Coughlin has gone back to his native Durham in the off-season. Abbas will be tasked with leading an attack that desperately needs a refresh. Zak Chappell was the last player to move north from Leicestershire to Notts but he struggled with form and fitness in 2019 and young Jack Blatherwick has high expectations of him but is still just 21.

It is unclear whether Leicestershire had offered Abbas a new contract. Expectations of Abbas were always going to be high in 2019 following his stunning first summer in English cricket and then his demolition job of the Australian batting line-up in late 2018. While he didn’t quite live up to his form of 2018 – his 29 Championship wickets last summer came at an average of 25.75 – his departure will leave a major hole that’ll need filling in the Leicestershire attack.