Burns will lead the side in Championship and 50-over cricket while Jade Dernbach will take over as specialist T20 skipper.

Batty, 40, has resigned the captaincy after three seasons, winning the Specsavers County Championship Division Two title in his first year in charge as well as leading the club to three successive Lord’s finals in the Royal London One-Day Cup. Although stepping down as captain, he will remain a member of the Surrey squad for the 2018 season.

Burns, 27, has been the club’s vice-captain since 2015 and hit over 1,000 County Championship runs in each of those three seasons.

Burns, who’s also signed a new four-year contract, said: “Firstly I would like to congratulate Batts on the way he has captained over the last few years. He has given his absolute all to the captaincy leaving the club and playing group in very good shape.

“I’d also like to thank Batts for giving me the opportunity to be his vice-captain, encouraging me to not only develop as a player but also to develop as a leader.

Such a proud day for myself and my family and am truly grateful for the opportunity to captain this great club. A massive thank you to Gareth for all he has done and achieved and good luck to my partner @roryburns17

Director of cricket Alec Stewart said: “Gareth has been an outstanding leader and I have the utmost respect for him in all he done as our captain and the way he has shouldered so much responsibility over the last few years.

“His decision to stand down underlines his commitment, understanding and appreciation that the club should always come first. He recognised that now is the time to hand over the reins to Rory and he will still have a major role to play in the team in the future.

“I look forward to seeing some really big performances from him in all formats of the game. 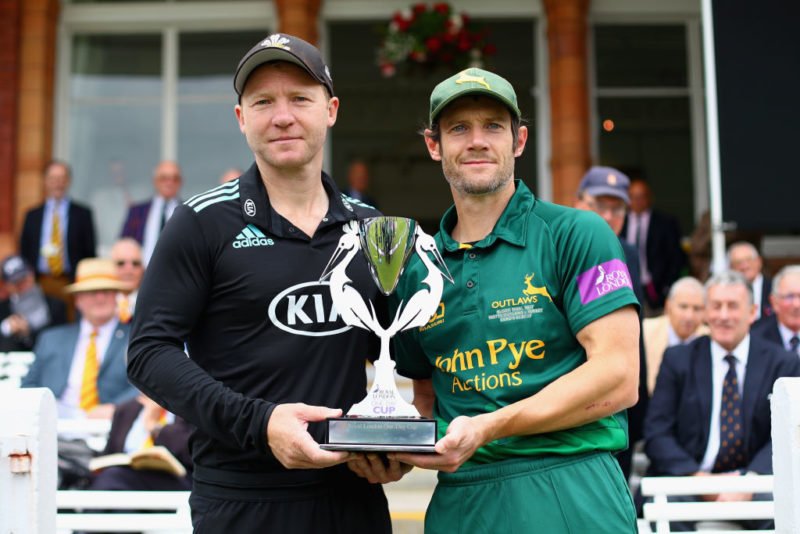 “Rory has been earmarked as a potential captain for a length of time and I’m very confident now is the right moment for him to take over. He will grow into the role while understanding the extra responsibility and workload that comes with leadership. It is a massive honour and I know how proud Rory is to take over.

“Jade has always been a leader without a title in our dressing room and out on the field – appointing him as the club’s first ever T20 captain is a natural progression in his career.

“As a white ball specialist, he knows T20 cricket inside out and his vast experience will give him confidence in this new role.”

Batty said: “It has been a great honour to have served the club as captain. The timing is perfect for Rory and Jade to take over and I couldn’t think of two better men to be leading the club forward. I’m very excited for the future of the club.“