Four matches to decide who makes it to Finals Day on September 15 at Edgbaston. Here’s how they’re lining up.

After a thrilling, high-scoring victory over table leaders Somerset, Kent will be eager to demonstrate their nerves of steel once more – again, at the St Lawrence Ground in Canterbury thanks to a top-two placement in the South Group. The Spitfires have an explosive batting triumvirate in Daniel Bell-Drummond, Sam Billings and Joe Denly. When these three perform, Kent look a real force. Their bowling attack is dangerous too. Kent will look to combine the good form of New Zealand quick Adam Milne with the experience and poise of Mitchell Claydon. Denly’s leg-breaks can also be very useful, as a hat-trick against Surrey proved in July. 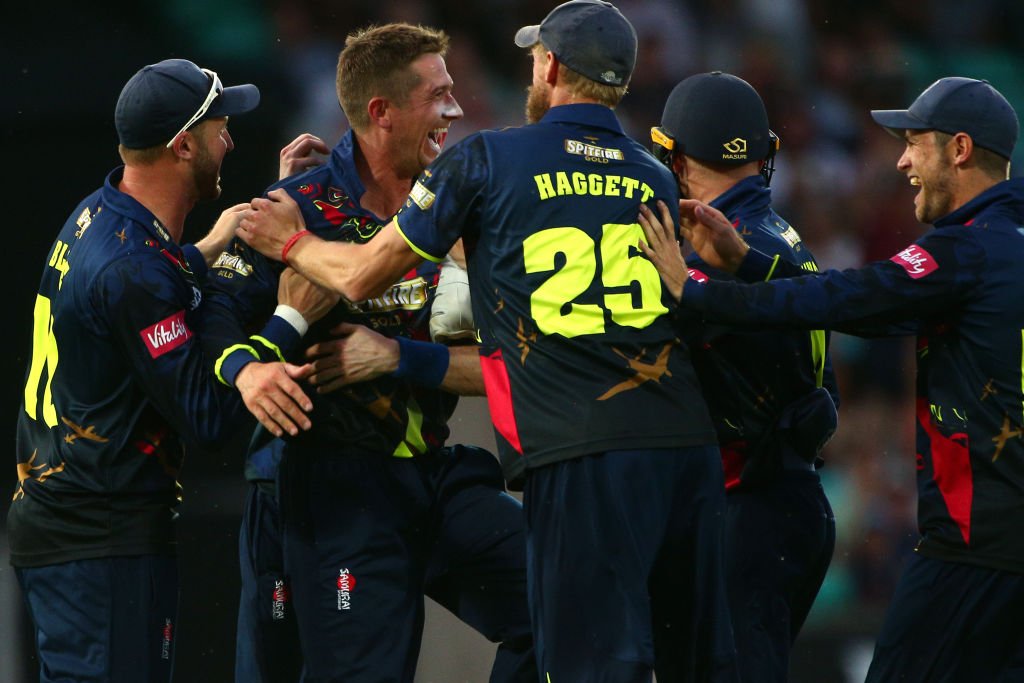 Denly has been in the wickets as well as the runs

Lancashire, who came third in the North group, have much less depth than Kent in their batting line-up. Throughout the tournament, they have relied on Alex Davies to bat them out of precarious situations but if Kent get him early, Lancashire will be heavily reliant on the returning Jos Buttler, fresh from his maiden Test century. They do have some serious bowling talent though. Youngsters Zahir Khan and Matthew Parkinson can both bamboozle even the most solid of batting line-ups, if they are able to relish the pressure and perform near to their best. With a few early wickets and some precise death bowling from James Faulkner, Lancashire could have a chance – but Kent’s ability to hit massive scores will certainly be on the Lancashire players’ minds during the long journey to the cathedral town.

Not many would have predicted a home quarter-final for Durham at the beginning of the tournament, but their control, poise and precision in critical moments have earned them an encounter against Sussex at the Emirates Riverside. Despite Durham’s home advantage, Sussex fans will still feel confident. Durham seriously lack consistency in their top and middle order. They were recently bowled out for a meagre 78 against Lancashire, with only two batsmen (Stuart Poynter and Ryan Davies) getting 50 of those. Nor is the Durham bowling attack, with the exception of Imran Tahir, particularly intimidating. In a way Durham veteran Paul Collingwood exemplifies Durham’s status as a squad – there is certainly understated quality, control and calm. But there is probably not quite enough star power to secure a victory against Sussex. 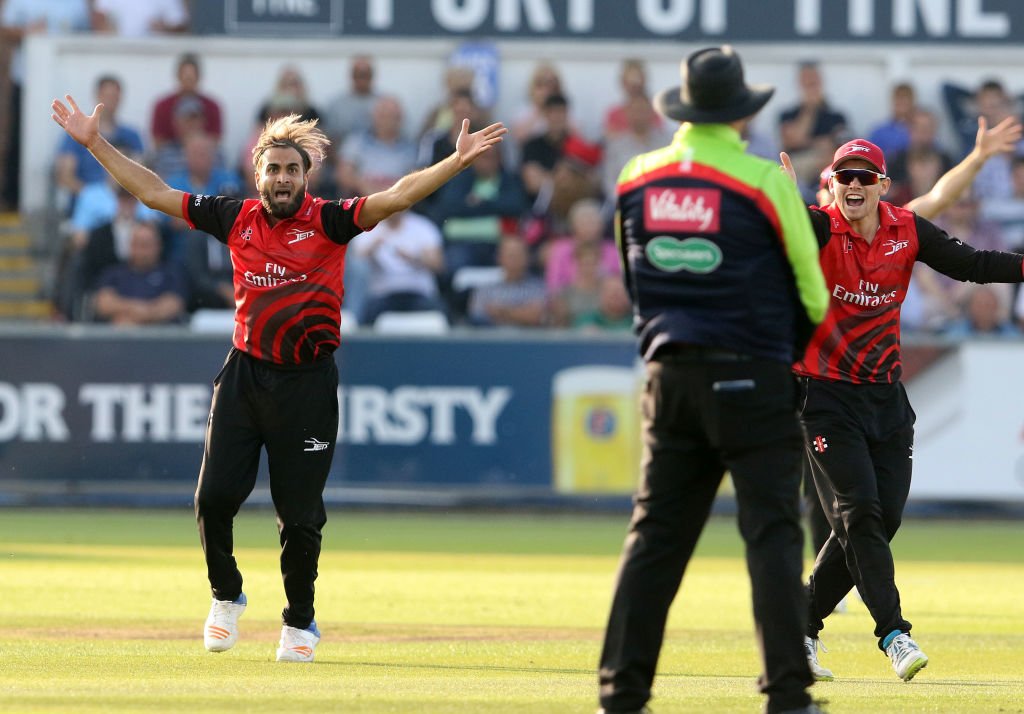 Successfully managing the absence of Rashid Khan will play an important part in Sussex’s attempts to secure a victory over the underdogs. While it was always known that Rashid’s infinite toolbox of variation would not figure in the knockout stages of the tournament, Sussex will still feel his absence keenly. Only two other bowlers playing in the tournament have better figures than him. However, despite Rashid’s absence, Sussex are still in possession of plenty of young talent. All will be keen to show their mental strength and cricketing abilities off in a big fixture. Jofra Archer, picked by Wisden as one of the best young cricketers in the world, is the fastest bowler in the tournament and joins an attack which has performed fantastically well at the death so far.

Intuition might suggest that this game would be the most unequal of the quarter-finals, with first-place Worcestershire (North) facing fourth-place Gloucestershire (South). The Rapids will know not to be complacent though. Their position at the top of the North group was in part aided by an abandoned match between Durham and Derbyshire which Durham would have felt confident about winning. 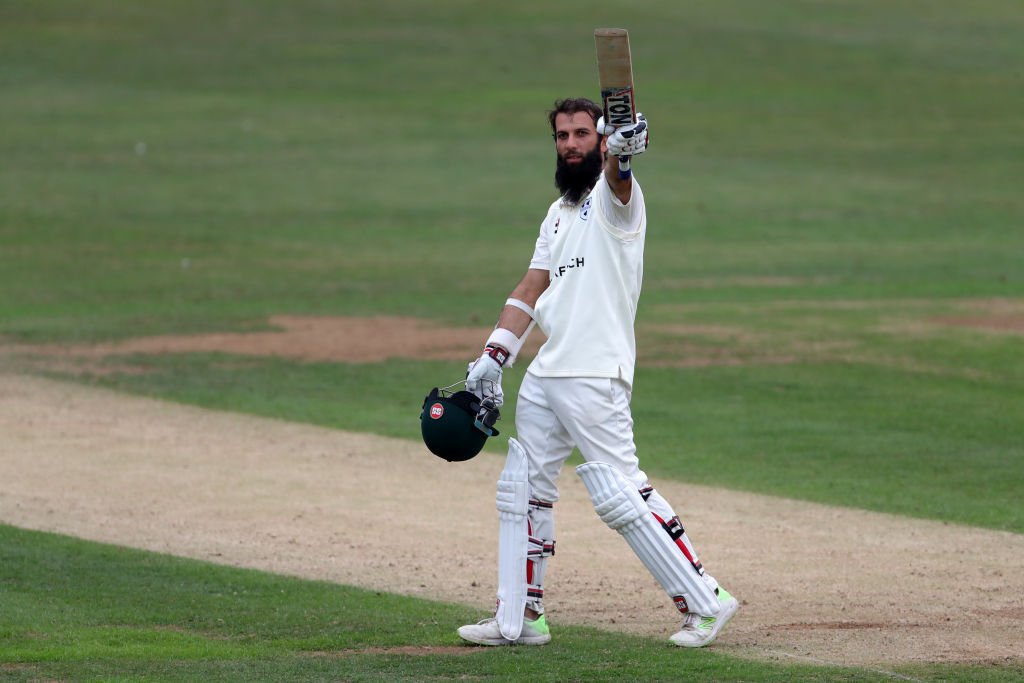 Moeen is fresh from a double hundred in the County Championship

Gloucestershire have had a good campaign so far, with some excellent performances to prove it. They have won twice against Kent which must be considered a serious achievement given Kent’s recent T20 record in Canterbury. Gloucestershire also showed their mettle against Surrey in a critical five-run victory which was as thrilling for the spectator as it was necessary for Gloucestershire’s qualification hopes. Despite all this, Worcestershire will be encouraged by the recent drop in form. In Gloucestershire’s final games of the qualification process, they were beaten by both Sussex and Hampshire.

In terms of talent, Worcestershire probably have the best player in Moeen Ali. Moeen will be coming into the game with a freshly scored double hundred in the County Championship as well as excellent statistics in the Vitality Blast, with both bat and ball. Michael Klinger is Gloucestershire’s star man and his team will be hoping he can keep up his good run of form. A confident 50-odd from the experienced Australian could set the tone nicely for Gloucestershire, but they will probably still need a performance from their other key men – most notably Ian Cockbain – to get anything from a good Worcestershire bowling attack. Cockbain has been worryingly erratic in his past half-dozen innings though, with his statistics table showcasing an eclectic mix of single (3, 9, 9) and triple digit scores (123*).

Some Outlaws fans will be scratching their heads about why their team have made such tense work of getting through to the knockout stages of this year’s Vitality blast. Alex Hales – one of the most formidable white-ball batsmen in the world – smashed them into the quarter-finals in a must-win game over Yorkshire, but the job really should have been done before then. In a way though, their comfortable victory against Yorkshire shows their resolve and ability to play aggressive, assured cricket under pressure. Hales’ runs seemed to come easily for a man whose name had been dragged through a criminal court case only days before. Equally impressive was young wicketkeeper Tom Moores. His father, head coach Peter Moores, watched his son’s punchy 80 not out with an admirable display of emotional neutrality, as if he was watching any other player. Notts will need similar calm from their players on Sunday afternoon. 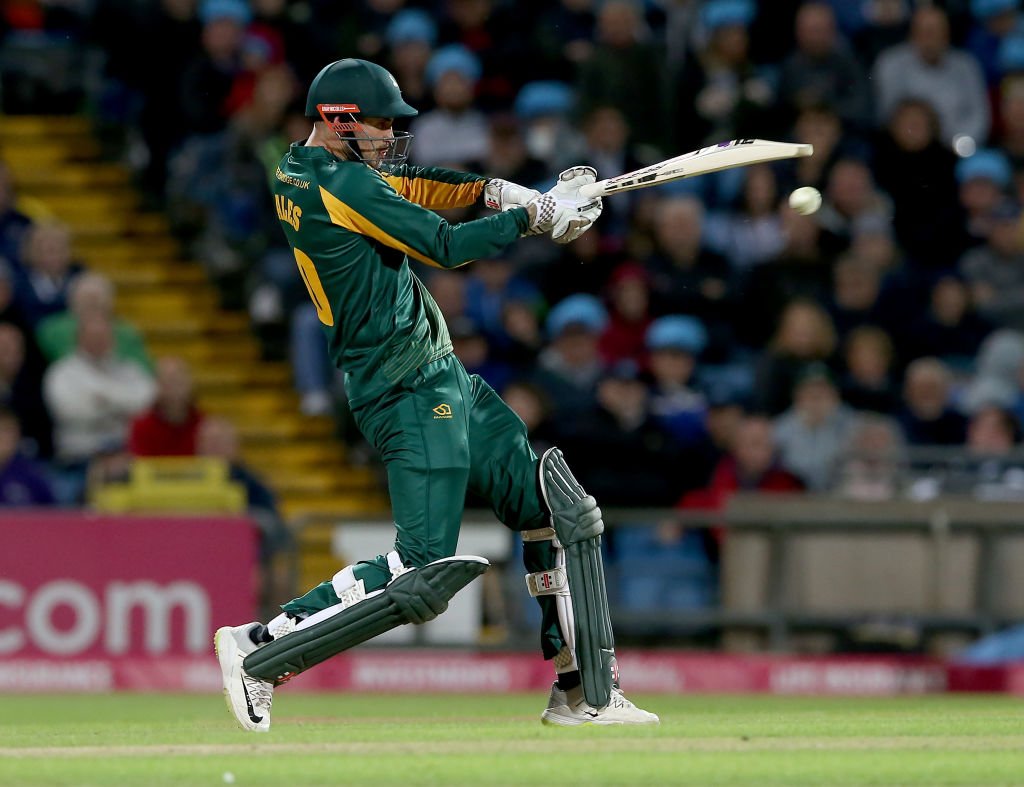 Hales hit Notts to the quarters

Corey Anderson has been, and will be, a key man for Somerset. In the three consecutive victories which guaranteed Somerset a well-deserved qualification spot, Anderson hit 150 runs in 78 balls. He doesn’t open or even come in at the top-order, so his hard-hitting, fast-scoring style could be disruptive if Notts allow their bowlers and fielders to get complacent towards the latter end of the Somerset innings. Conditions could also play their part in this game. Against Kent, Somerset bowlers really struggled with a greasy ball, with ex-West Indian international Jerome Taylor bowling two consecutive waist-high no balls. Ultimately though, this game will come down to key wickets. Hales, Wessels and Moores will probably all need to be kept quiet, or got out, for Somerset to build a strong chance of victory.