An unbroken 245 run partnership from Ollie Pope and debutant Jamie Smith gave Surrey an imposing 124-run lead on the end of day two of the MCC Match in Dubai.

For Ollie Pope, it was a return to the form that won him an England call-up at the age of just 20 last summer. Batting at No.4, Pope came to the crease with the Surrey score on 38-2 in response to MCC’s first innings total of 265 and looked at total ease against an attack led by England’s Stuart Broad. 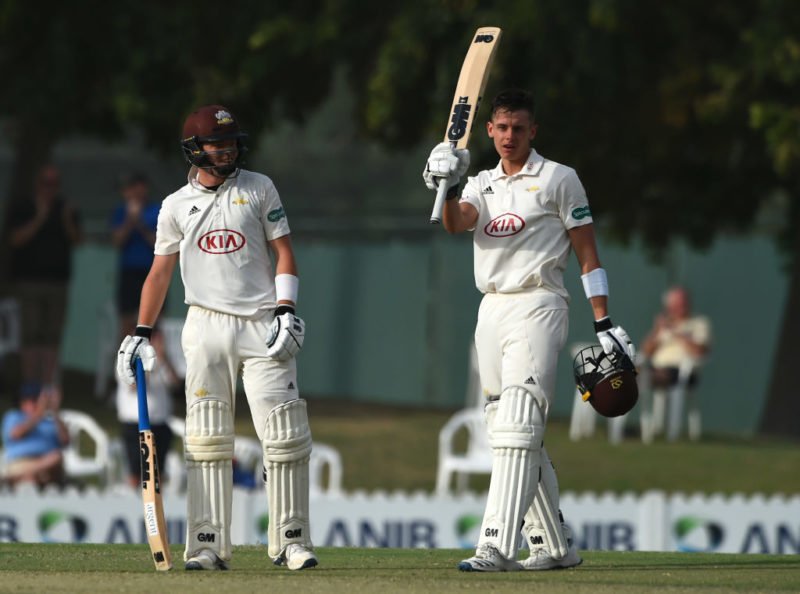 Smith registered a maiden first-class century on debut against an attack that included Stuart Broad, Stephen Parry and Dom Bess

Pope finished the day on 183* off just 250 balls – a real statement innings ahead of Surrey’s defence of the County Championship crown.

Perhaps even more exciting for Surrey fans was the century of Jamie Smith on his first-class debut. At just 18, Smith is extremely highly thought of. He made his T20 debut as a 17-year-old last year and scored 194 runs in an England Under-19 Test against Bangladesh last month.

He ended the day on 123* and played with a similar kind of fluency to his senior partner, Pope. When on four, he waltzed down the ground to a Stephen Parry delivery and deposited the former England international over his head for six. Later in his innings, on 93, he played a similarly audacious stroke off Dom Bess, giving himself room and hitting him over extra-cover for four.

The pair left the field at the end of the day unbeaten having given their team a 124-run lead with six wickets still remaining. More importantly though, Pope and Smith’s respective performances sent out a warning to the other counties that the defending champions aren’t resting on their laurels this season, they’re looking to get even better.