After drawing the curtains on a successful international career in August, Hashim Amla is reportedly finalising a two-year Kolpak deal to join ex-teammate Morne Morkel at Surrey.

According to a report in ESPNcricinfo, the club is eyeing a completion of Amla’s potential deal within the next week, in lieu of the no-deal Brexit which is likely to, among other implications, stop any further Kolpak deals by the end of the month, and remove Kolpak players by 2021.

Amla, South Africa’s second-highest run-getter in Tests, could be a handy inclusion for Surrey, who are likely to lose key batsmen Rory Burns and Ollie Pope to international commitments for lengthy periods next season. 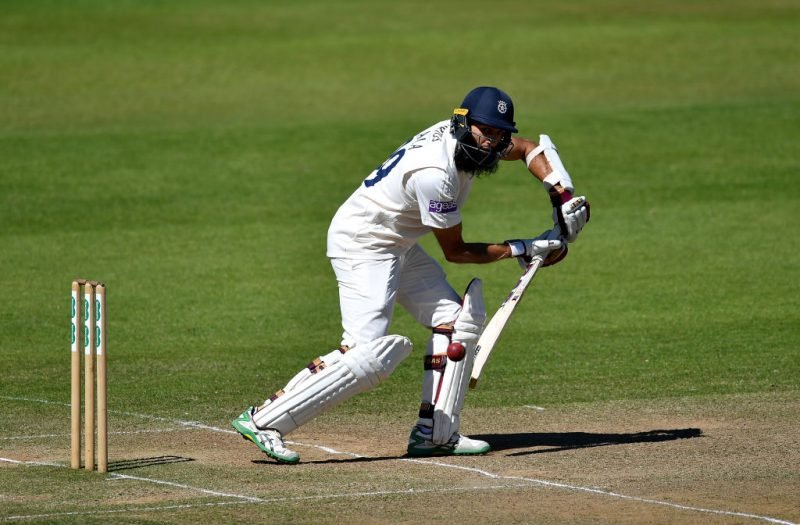 Amla’s latest county stint was with Hampshire in 2018, when he averaged 54.66 from five Championship games

As an overseas player, Amla has had multiple but short county stints with five teams, garnering a total of 2192 first-class runs in 25 games across six seasons. His maiden county stint was with Essex, in 2009. He has also represented Nottinghamshire, in 2010, Surrey [2013/14], Derbyshire [2015] and Hampshire [2018]. Amla has also played eight One-Day Cup games, and seven T20 Blast games across seasons.

Analysis: Amla could have similar impact to Sangakkara at Surrey

It’s hard to begrudge Hashim Amla anything. He bestrode the international stage with such elegance and statesmanship for a decade and a half that you’d happily let him steal your last crisp for all eternity. He gave South Africa plenty on the field and plenty more off it, and retiring, waiting for a reasonable period of time, and then signing a Kolpak deal seems a sensitive way of handling things.

On Surrey’s side, at first glance there’s more one might get riled up about. It’s hard at first to square this signing with director of cricket Alec Stewart’s assertion that he wants “to have the nucleus of our squad Surrey-based,” especially with Amla’s former team-mate Morne Morkel also on the books as a non-overseas.

But while Amla might keep a youngster out of the team at times, there’s also nary a precocious Surrey batsman who doesn’t cite Kumar Sangakkara’s influence in his three-year stint at The Oval as integral to their development, and it’s not unreasonable to suggest Amla might have a similar effect. However you feel about Maros Kolpak’s impact on cricket in general, this, when confirmed, should be one of the more palatable instances of the rule.

Surrey wasn’t the only option for Amla; according to the report, the 36-year-old’s representative was also in discussions with Middlesex and Hampshire.

In 2017, there were several reports of Amla considering a Kolpak deal, putting question marks over his international commitments at that time, but the batsman eventually extended his South Africa career until the 2019 World Cup, managing 203 runs in seven games, before announcing his retirement.