Matthew Wade considered skipping Australia A’s tour of England in June, after he found himself in a ‘sticky situation’ when the expected birth of his child coincided with the Ashes trials.

“I was probably going to pass on the Australia A tour because we were going to have the baby and I rang [wife] Julia during the [final] Shield game and basically told her I was a chance to get picked in that Australia A tour and she told me to go,” Wade said on Saturday, July 27. “So all credit to her, to be honest. Otherwise I wouldn’t be here.”

JUST IN: Australia have named their Ashes squad. https://t.co/Oi7BtBCRLz

Wade eventually made a late entry into the Australia A squad, and top-scored in the List A games with 355 runs at 88.75, forcing his way into the 17-man Ashes squad, and earning a chance to feature in his first Test since September 2017.

Having ended the 2018-19 Sheffield Shield as the second highest run-getter with 1021 runs at 60.05, Wade believed he had already done enough to merit a Test selection, before he faced the ‘A’ tour dilemma.

"I felt like I'd put a lot of runs on the board already, that if that wasn't enough, I was comfortable with that"

“I felt like I’d put a lot of runs on the board already, that if that wasn’t enough, I was comfortable with that. Family comes first for me, obviously, and all of the cricketers here. It was a sticky situation.”

Back in the Test squad, Wade stated that he’s comfortable dropping down the order for the sake of the team’s balance. However, he also clarified that he isn’t looking to compete with Alex Carey, whom he edged out for the second wicketkeeper’s slot.

“I see myself as a batter on this tour, and if there is an opportunity to bat at five or six, wherever it is, I am comfortable to step in to it. Fingers crossed I get an opportunity,” he said. 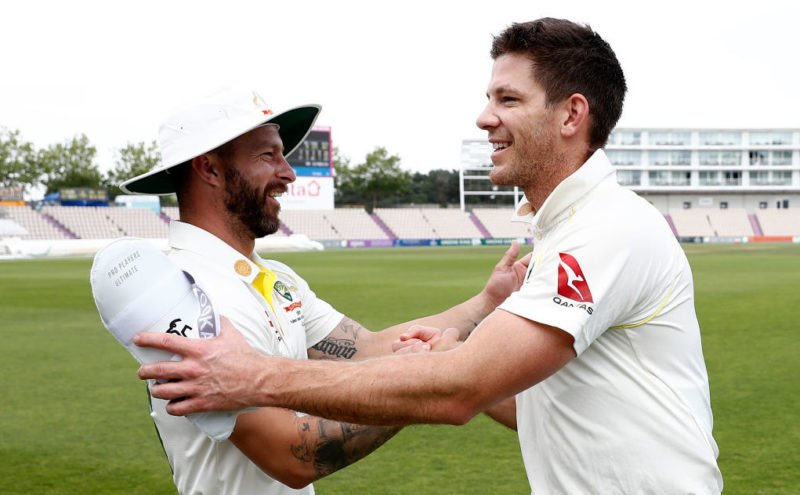 “If something happens to Tim on the morning of a Test, then I can stand in and ‘keep”

“I don’t feel like I’m pushing for that spot [as a wicketkeeper] too much anymore. I think [Alex Carey] is going to be the next wicketkeeper for Australia. I think everyone knows that, it’s just a matter of time for that to happen.”

Related Story: ‘I know they thrive off that energy’: Why Wade won’t engage in verbals with India

Wade, who was elevated to one-day captaincy in 2017, but lost his ODI and Test ‘keeping spots to Tim Paine a year later, admitted that he has no qualms in being the back-up keeper to Paine for the tour.

“It’s just a luxury that I’ve played 20 Tests and a lot of one-dayers as a ‘keeper that if something happens to Tim on the morning of a Test then I can stand in and ‘keep. I’ve got no issues there. I’ve been away for a long time and I am excited to be back.”