Steve Smith stole the headlines once more, doubling up for the third time in Test cricket. Rich Evans reports from Old Trafford.

Steve Smith edges the first ball just short of third slip before almost nicking off to Stuart Broad, reminding us there is a mortal buried in there somewhere. He’s then irked by light reflecting off a Sky truck behind the bowler’s arm, with the press amused by the inept attempt to cover the windshield with a white sheet trapped between two moving wipers. Yep, that’s fixed it – a measured whip through the leg-side before a gorgeous cover-drive.

But Smith’s supposed series nemesis, Jofra Archer, bowling a few mph quicker than yesterday, responds: a caught and bowled chance squandered, an inside-edged induced, a bumper brushes Smith’s back to the delight of the locals. Another one fended away, the third left alone, a fourth short one of the over. 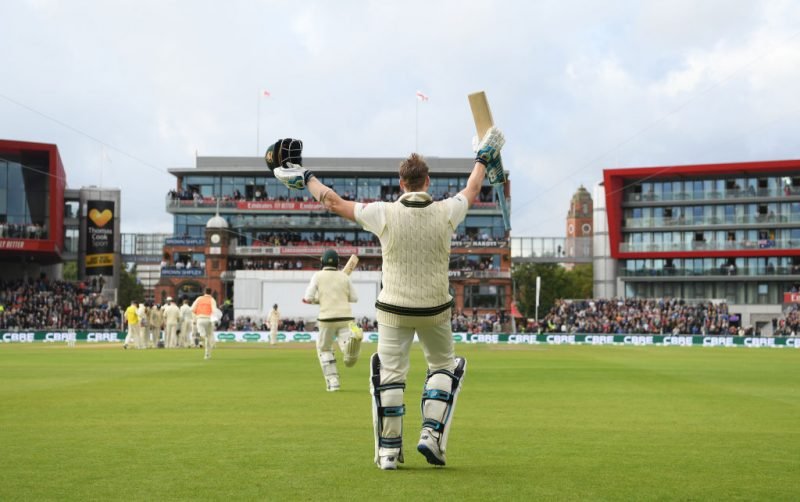 England needed to get their man early, desperately hoping the almighty was scarred by his Lord’s flooring. They didn’t. He wasn’t. And boy did he make them pay, with hacks scrambling for fresh superlatives for not only the man of today and of the series, but one of the finest cricketers of all time.

Smith reached his third Test double hundred – all have come against England– and if the muted celebration of his first ton coolly conveyed ‘you can’t touch this, champs’, the second was more emotional. As England plodded off the field, seemingly an age since Ben Stokes produced the innings of a lifetime at Headingley, Smith had re-stamped his authority on a series he already owns, regardless of the outcomes of the remaining encounters.

While Smith remained stoic, England’s endeavour yielded just rewards in the opening session; Broad trapped Travis Head in front to make it 183-4, and Matthew Wade (16 from 45 deliveries) never truly settled, eventually gifting Joe Root – who had time to roll up the sleeves – a catch at mid-on courtesy of a wild hoick off Jack Leach. 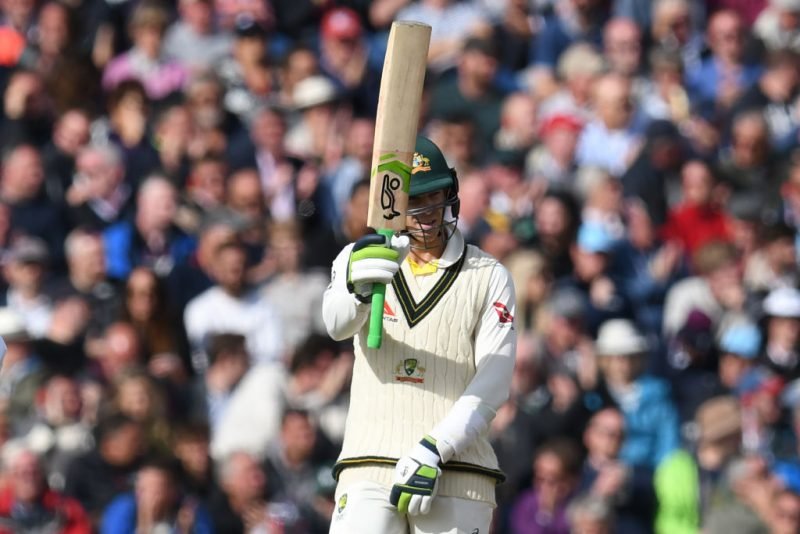 Tim Paine made his first half-century of the series

The bouncers kept coming from Archer, pushing 90mph and beyond, as England stayed true to their plan. Leach was a menace, but Smith and Tim Paine survived to lunch, with the former bringing up his century moments before – his 26th in Tests, his 13th in Ashes cricket, his third of the series from four innings. In the other knock, he made 92.

Jason Roy – shorn of confidence in all departments – spilled a simple chance at second slip after lunch to give Paine a reprieve, as Smith let loose; his quirks augmenting with the tempo. After nonchalantly directing a bouncer between second slip and gully, came the moment: Smith nicked a peach from Leach, with Stokes, the grabber, burying the ball in angry relief. It soon turned to sorrow when the twirler was discovered to have bowled only his sixth no-ball in first-class cricket – his first in Tests. Geoffrey Boycott called him a muppet.

Smith unleashed a stupendous drive through cover-point and called for a change of gloves before the ball had even evaded the ring. Something didn’t feel right, and it didn’t always look right – it so often doesn’t with Smith – but, in this form, he makes every other batsman in the game look wrong. For an hour after lunch, the colossal No.4 appeared to have freed all inhibitions. It was mesmerising; a legend of the present, doing things in his unique way, once again scoring almost half of his teams runs, carrying his team through the series.

There have been and will be Test greats before and since, but how many have done it in such a distinctive, individualistic way that not only ridicules but is in danger of redefining the coaching manual (a few Smithisms crept into Marnus Labashagne’s play yesterday). 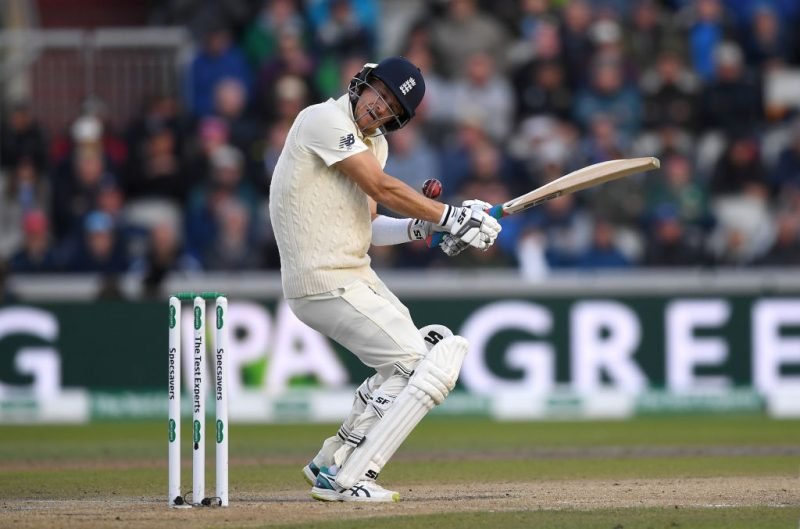 The new ball was taken after 80 overs and you sensed that England needed to win the next hour or be batted out of the contest. But presenting Smith with a fresh challenge only served to enhance his focus. Skipper and former skipper played authoritatively – Smith posting 150, Paine his half-century (though not before a pull was dropped by sub Sam Curran), with England dealt a further blow when Ben Stokes – who had earlier pushed the 90mph mark – left the field with a sore shoulder. England were officially out of ideas, as Smith hit his hundred for the day and began to open up once more. He rode his luck, sure, falling short of boundary fielders on occasion, but he had earnt it, as Australia reached 369-5 at tea.

Paine (58) nicked off to Craig Overton first ball after the break, but a six from Smith off Leach signalled there was to be no change in momentum. The left-arm spinner removed Pat Cummins to make it 387-7, caught by Stokes at slip, but Smith marched on. He went from 191 to 197 with an effortless six before clipping his way to a double century, with Mitchell Starc also playing some superlative strokes down the ground.

Related Story: Ian Chappell: If I had done what Smith or Paine did, I would have expected not to play for Australia again

Smith eventually fell – to a Joe Root leggie of all things, caught on the reverse-sweep at backward point, as if both sides were bored by his superiority. He walked off at 438-8 to a few boos and many more cheers, with the fifth highest Test score at Old Trafford. Starc smashed his way to a 49-ball fifty, punishing a tired attack, before Australia declared on 497-8, giving themselves around an hour at England’s top order.

Starc started brightly, letting his presence known by rapping Joe Denly on the wrist, who subsequently struggled against Josh Hazlewood. But it was Cummins who got him, Wade grappling the sharp chance at short-leg on the second attempt. Nightwatchman Overton and Rory Burns survived to stumps at 7:15pm, with a deficit of 474.