Following their victory by an innings and 41 runs in Perth, Australian captain Steve Smith has admitted his side would love to defeat England 5-0 and finish off an Ashes whitewash.

Australia won back the urn when they took an unassailable 3-0 lead in the five-match series in Perth.

“To know that everything worked out and that we’ve got the urn back, all the emotions came out at once. I’m so happy for the group,” said Smith, before adding, “We’d love to win 5-0.” 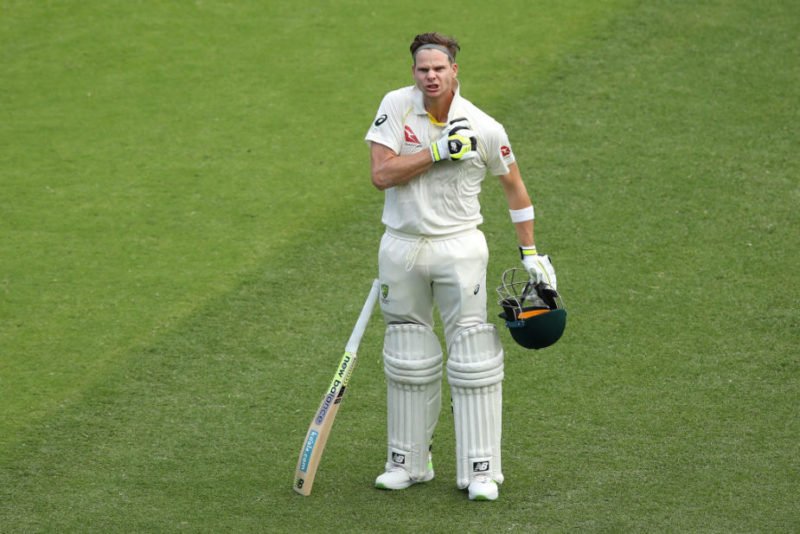 “It’s my first [Ashes] as captain so I wanted to make my mark and do something special.

The tourists will be ruing not taking more of their opportunities in the opening three fixtures, where they have lost the key moments to Smith’s men, something noted by the Aussie leader.

It’s been an amazing couple of weeks, I’ve really enjoyed every moment of it. We put in so much hard work

“England have had a foot in the door for two games and we were able to claw our way back,” he said. “We kept the foot on the throat when we were on top.”

The Australian captain also heaped praise on his country’s selectors, particularly the selections of Tim Paine and Shaun Marsh: “Justin Langer was saying for a while Shaun was in the best form of his life. He’s come in and done a terrific job.

Related Story: After a three-year slump, Steve Smith is definitively back

“Painey has been mentioned as the best keeper in the country for a long period of time. The way he’s kept has been exceptional. I thought they were really good selections.”

England must now focus their attention on the final two matches of the series, first the Boxing Day Test in Melbourne at the MCG and then Sydney, with the goal of preventing a third whitewash in the last four Ashes series down under.