An unbeaten 89-run partnership between Meg Lanning and Ellyse Perry carried Australia to a convincing seven-wicket win with 13 balls to spare in the second T20I at Hove.

The pair joined forces when England had their tails up, having reduced the tourists to 35-3 in pursuit of 122 to win, and carried their side to victory with barely a risk taken between them. Each scored comfortably above a run a ball, putting away the bad ball and rotating the strike before laying into the bowling towards the end.

Australia’s one six, struck authoritatively back down the ground by Perry off Marsh, felt symbolically like the last nail being put in England’s hopes of claiming the T20I series, which both sides have claimed they are viewing as a standalone. 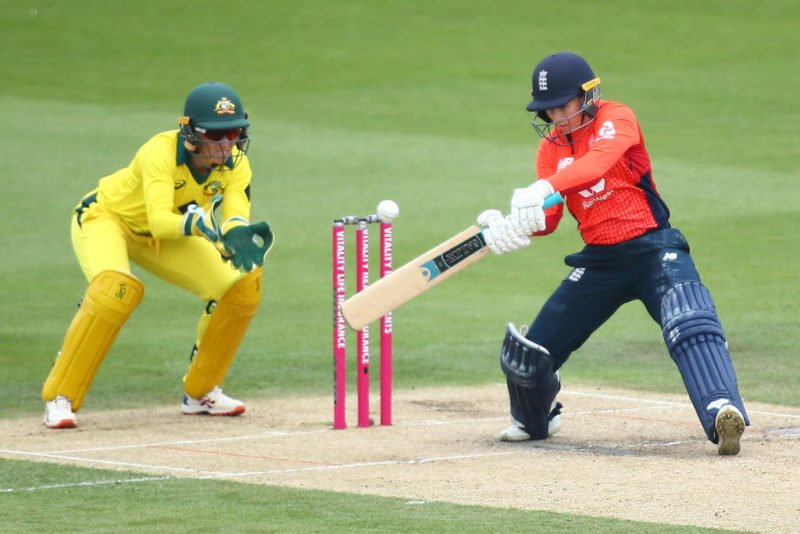 Beaumont’s innings was one of the few positives for England

It was at least less of a thrashing than England’s historic pummelling in the first T20I, but that will be small solace. The differences between comprehensive and crushing are the scraps England are feeding off at the moment.

Sophie Ecclestone impressed again, finishing with 1-18 off her four overs after hitting a sparky 17 off 11 with the bat, while Tammy Beaumont held England together after Amy Jones fell to the second delivery of the game. Apart from her 39-ball 43, no England player was able to cross 20, with Heather Knight and Ecclestone joint-second top scorers. 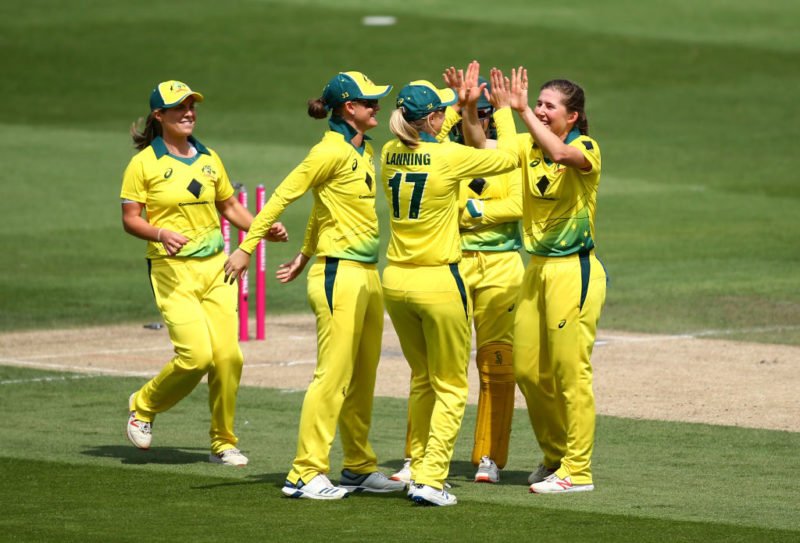 Wareham claimed her first two international wickets of the tour

Spin pair Jess Jonassen and Georgia Wareham sliced through England’s top order, dismissing each of Nos.2-5 and finishing with 4-41 in eight overs between them. For Wareham, the twin scalps will have come as a relief, with the young leg-spinner having gone wicketless in four appearances on the tour until now.

As the series heads for its conclusion in Bristol, it felt like another piece of the puzzle falling into place for Australia. But England are still scratching their heads over where to begin.