After a devastating spell of fast bowling that sent England crashing to 67 all out, Josh Hazlewood, the chief architect of the collapse with 5-30, has amped up the visitors’ mind games by claiming that England will still be reeling from the scars of the meltdown when they come out to chase in the fourth innings at Headingley.

The New South Wales paceman ripped through the home team’s line-up, dismissing them for their lowest Ashes total in 71 years and registering his best Ashes figures. By stumps, Australia had moved to a comfortable lead of 283, with four wickets and Marnus Labuschagne, batting on 53, still intact.

“I guess we might be starting with a few scars there,” Hazlewood said at the post-play press conference. “I mean, 60-odd is hard work to come back from during a Test. I don’t think many teams are winning from there. It makes it difficult, so if we start well again next innings, they might think ‘here we go again’. So it’s about creating that doubt in the mind. The way we have gone about it, it’s not letting the foot off now. It’s to keep going.”

"Australia will begin tomorrow leading by 283, the dogged Marnus Labuschagne still at the crease, and still doing his best Steve Smith impression."@Ben_Wisden reports on an incredible day at Headingley. https://t.co/8JIxGMNmMt

Hazlewood’s wickets included that of England captain Joe Root, whose middling Ashes form has been the subject of widespread criticism. Having come up the order to play at No.3, he is yet to aggregate triple figures for the series; the last two of his five outings have fetched ducks.

“I certainly like him in there as early as possible,” Hazlewood said. “He’s the captain, he’s got the best average, he’s their best batsman, going by numbers. So if we can get him, I think they can be vulnerable at times. It’s the same as any other team – if their best batter’s out, you feel a bit more relaxed about your business.” 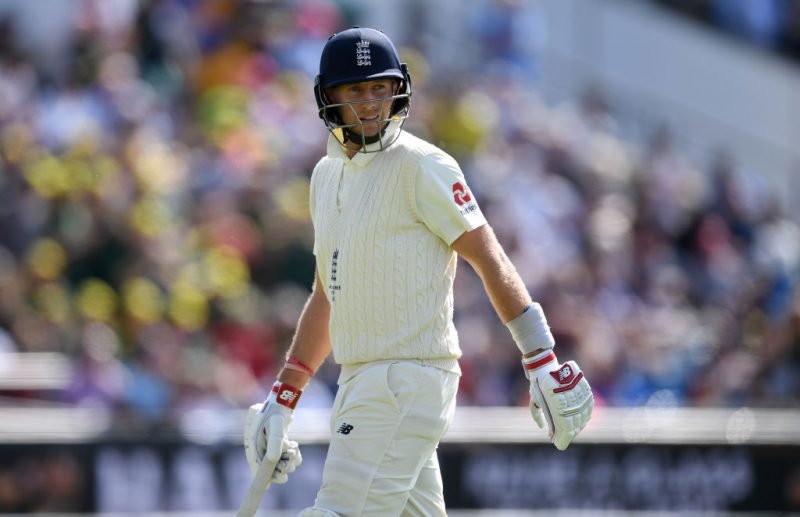 Hailed for his ability to relentlessly chip away at a nagging length, Hazlewood reaped the rewards of those skills against an England line-up that was often found wanting for patience. “That’s probably the general plan. They’re all great one-day cricketers, some are great Test cricketers, so I think they love to feel bat on ball, especially through that middle order. So if we can dry up the runs and force a mistake, which we saw a couple of today, then that’s fantastic.”

As for his own performance, after being dropped for the series opener at Edgbaston, Hazlewood said that Australia’s overflowing pace reserves, and the stiff competition that it creates, is a major part of what makes them keep coming up with the goods.

Josh Hazlewood was superb for Australia, picking up figures of 5-30.

How was he left out of the Australia XI for the first Test?!#Ashes pic.twitter.com/BDzOw1Z9Xh

“The way the series is set out, we’ve got six great quicks here, and I think that keeps you on your toes as much as anything,” he said. “On days like today, if you bowl poorly, it might be your last game of the series, that’s how good the quicks are on the bench.

“When you look over, or if they’re running out with a towel or a drink to you at fine leg, it’s Mitch Starc or it’s Peter Siddle. And you’re like ‘these guys should be playing’, so it certainly keeps you on your toes, and that’s a good thing.”