Batting with Steve Smith was “good fun”, said Marnus Labuschagne after the pair’s 116-run stand in Manchester helped Australia end a rain-curtailed opening day of the fourth Test at 170-3.

Stuart Broad had Australia reeling after dismissing David Warner for nought with the fourth ball of the day on Wednesday, September 4, and then trapping Marcus Harris in front to reduce the visitors to 28-2. However, it was then that Smith, returning after missing the Headingley Test with concussion, and Labuschagne, who excelled as Smith’s replacement in the second innings at Lord’s and in Leeds, came together and took it away.

They scored at good clip, and batted through most of the first and second sessions before Labuschagne was undone by a Craig Overton in-swinger before tea. It was the first time this series that the duo, who have consistently tormented England, were batting together, and their partnership meant by the time rain washed out the day, Australia were ahead.

On the sublime Steve Smith, the off-colour Jofra Archer, and the weirdness of the first day’s play at Old Trafford.#Asheshttps://t.co/jNHa9RtLxT

“It was good to spend some time with him [Smith], and a good experience to see how he goes about it and also learn from him out there,” Labuschagne said. “What makes him the best in the world is that he’s always one step ahead and thinking ahead and not being reactive. He’s being proactive, which makes him very hard to bowl to.”

It was also an unusual day’s play in Manchester. There were a few stoppages, with winds of up to 40mph interrupting play; at various points, a beach ball, packets of crisps and plastic covers flew through the outfield, causing Australian batsman to pull away as the bowlers charged in. There was even a passage of play without bails after the wind kept knocking them out, forcing the umpires to sanction play without them. 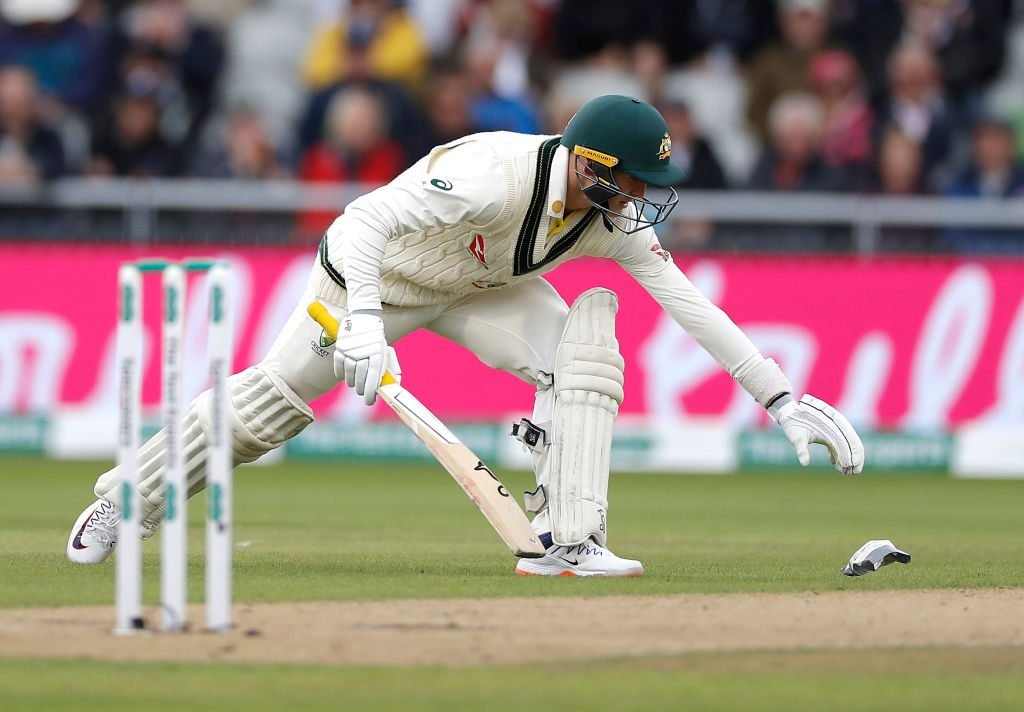 Overton said the wind caused problems for bowlers with their rhythm, and Labuschagne suggested the batsmen didn’t have it much easier. “It was probably frustrating for everyone, because the one where I pulled away, I thought the bails fell off, so I looked back and the bails were still on,” said Labuschagne. “Then I had to pull away when the chip packets kept coming past, and the beach ball.

“When the umpires put the bails on, you could just see the stumps shake, and it was just a matter of time before they came off. It was very windy out there. I’ve never played a game where you’ve played with no bails, so that was very different. All in all, it was pretty tough conditions for bowling out there.”