In the second in our series statistically examining the key clashes of the 2017/18 Ashes series, Ben Gardner sheds light on the battle of the new-ball attacks.

While England and Australia are both flawed sides with plenty of weaknesses, there can be little doubt about the quality of their new-ball attacks – no pace bowler has taken more Test wickets than James Anderson, Stuart Broad, Mitchell Starc, and Josh Hazlewood since the latter’s debut in 2014. The four, perhaps with the addition of Kagiso Rabada, the other quick to have taken more than 100 Test wickets in this period, can justifiably claim to be the leading Test seamers in the world. With the help of CricViz, we look at the strength’s and weaknesses of each.

Looking purely at overall Test averages, Hazlewood comes out on top, averaging 25.75, while there isn’t much to separate Starc (28.35), Anderson (27.39), and Broad (28.81). But over the last three years, the story is different. In this period, Starc’s average is slightly below Hazlewood’s, Broad’s is also improved, while Anderson’s (20.31) is exceptional – in fact, the best of any bowler, pace or spin, to have taken more than 50 wickets in that time. 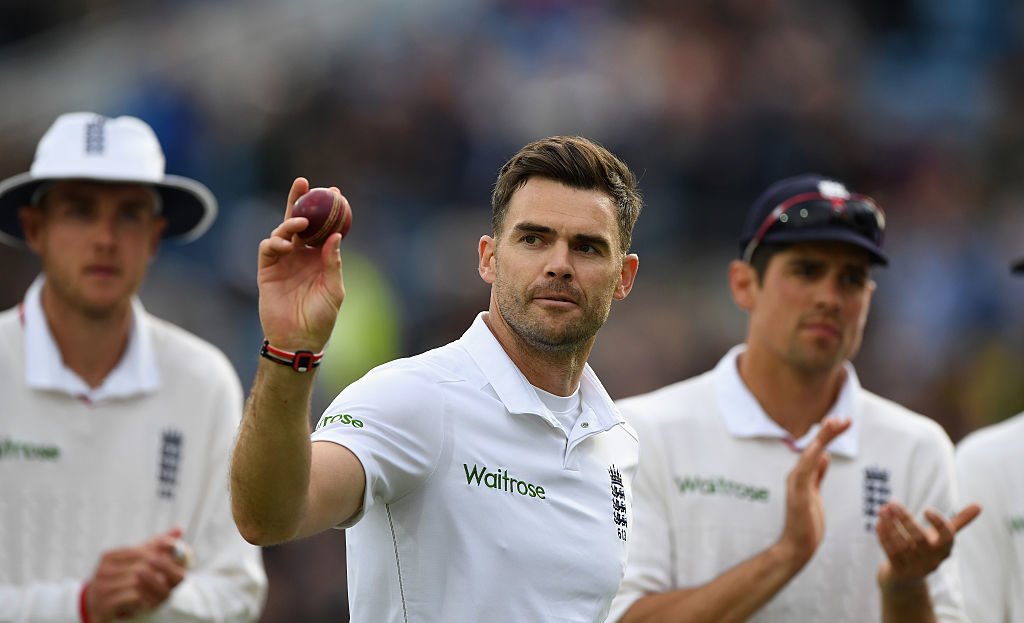 James Anderson has reached another level in the last two years

Anderson’s ability to move the ball in the air and off the deck is world-renowned, and statistics show he is the best at swinging the ball of the four, obtaining an average of 1.18 degrees of swing per delivery; this is despite maintaining the second shortest average length of the four, which you might expect to impact the ability to obtain swing.

Anderson’s average of 20.31 is the best of any bowler to have taken 50 wickets over the last three years

Perhaps more important will be his adeptness at seaming the ball, at which he is also the best of the four, extracting on average 0.634 degrees of seam movement per delivery. For matches for which ball tracking is available, Australia sees the least swing of any country, on average, but the most seam movement. Considering this, Anderson will be desperate to improve his record in the country – he averages 38.44 down under, a sharp increase on his career stats.

Stuart Broad: More than an enforcer 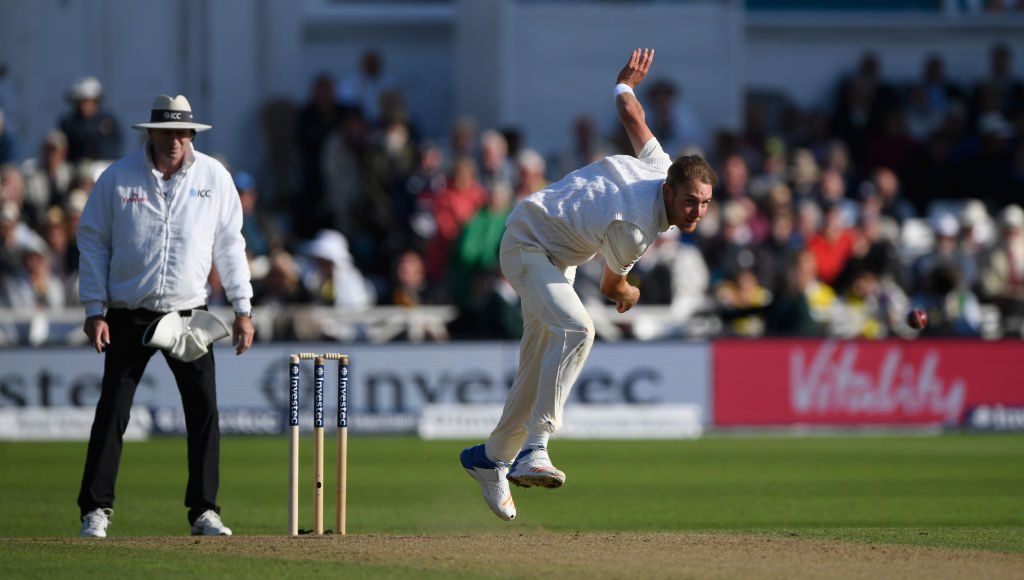 Broad has the best bouncer of the four

Despite his old reputation as the ‘enforcer’, bullying teams with short balls, Broad has actually maintained the second fullest length of our four bowlers. Despite this, he extracts the most bounce of the quartet, an average of 87.3cm per delivery perhaps because of his height. That height also gives him access to a pretty mean bouncer – he averages 25.05 with the delivery, with the other three all in excess of 30. Broad’s overall record in Australia is good – he averages 32.13 there – and in 13/14 he was excellent, averaging 27.52.

Related Story: Broad: Jofra Archer the only quick sure of his place in England’s first-choice Test side

One concern for Broad will be his record against left-handers, against whom he averages 36.27. This may be because he has trouble correcting his line – against right-handers he manages to bowl 67 per cent of his deliveries in the channel outside off, but against left-handers that figure falls to 30 per cent. In the last two years however, Broad’s average against lefties drops to 27.05. It is vital he maintains it at this level considering Australia have three lefties – Warner, Khawaja, and Marsh – in their top six. 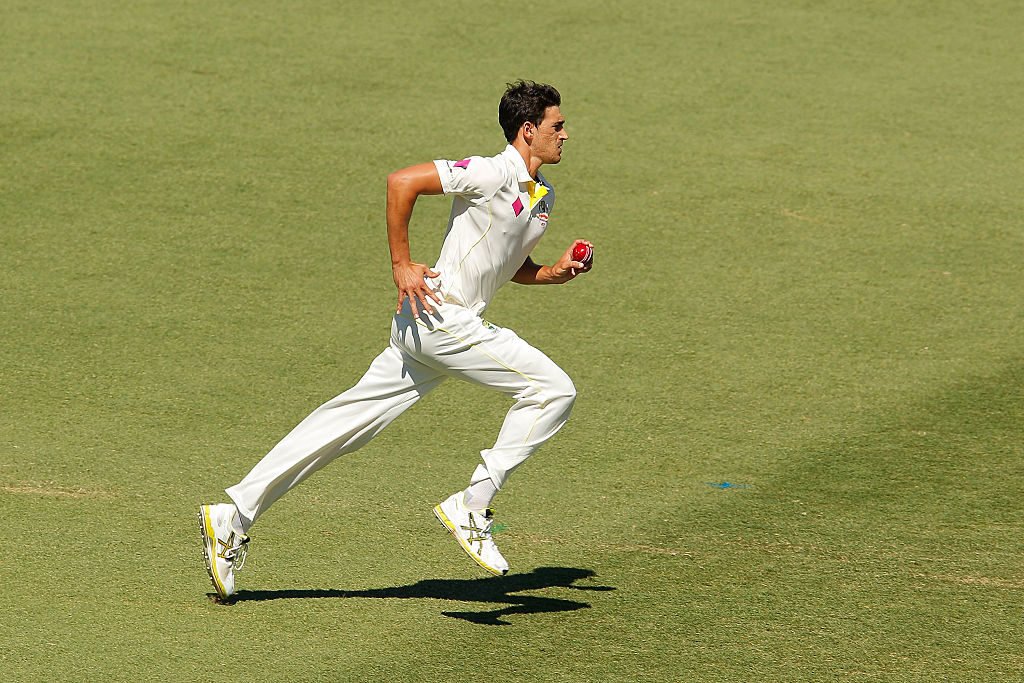 Can Starc emulate the other Mitchell?

The quickest and least accurate of the four, as demonstrated by his economy rate of 3.42 and his strike-rate of 49.6. Starc’s average speed of 88.4 miles per hour is blistering, but his ‘line and length percentage’ (LL%), the ratio of balls he lands on a good line and length, is poor – his is 24.4 per cent compared to a global average of 32.7 per cent. Perhaps it won’t worry the quick too much, since his average even when bowling half-volleys is an exceptional 20.52. Unlike the other three, Starc is most dangerous when he bowls at the stumps, averaging a staggering 15.51 when it’s straight, compared to a more modest 31.91 when it’s in the channel. One small comfort for England will be his record with the bouncer, which is poor – he averages almost 80 with the delivery. 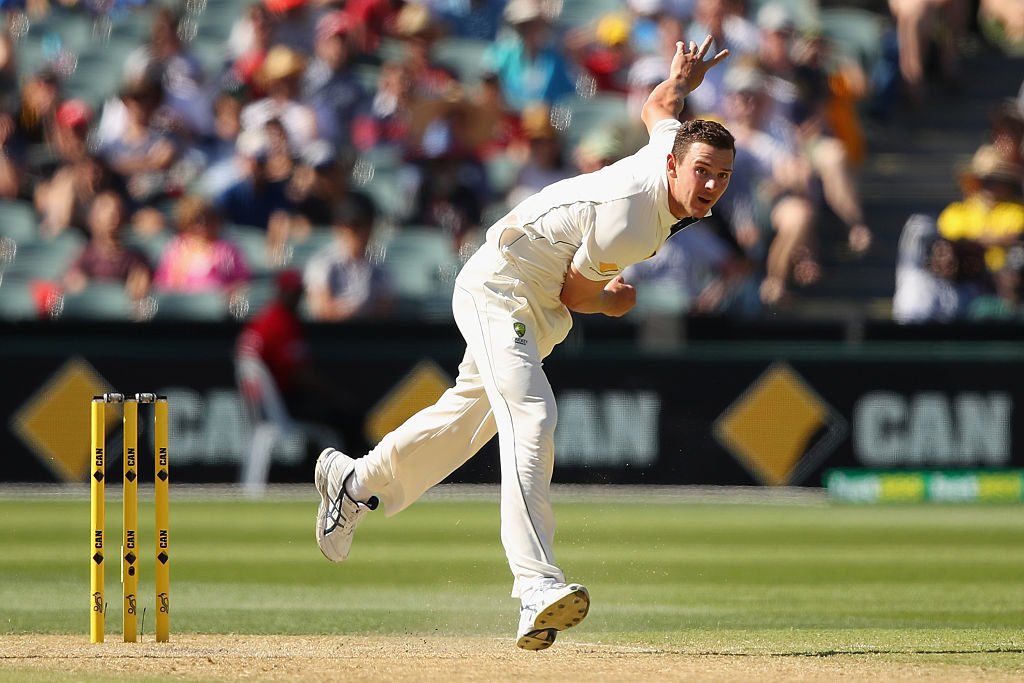 If Starc provides fire with little control, Hazlewood is the perfect foil. For bowlers who have taken 50 wickets in matches for which ball tracking is available, his LL% is the best in the world – he lands 45.9 per cent of balls in exactly the right area. Hazlewood isn’t as good as the other three at obtaining lateral movement, with both his average seam and swing the worst of the four. Despite this, his average in Australia of 25.35 is by a long way the best.