Your move, Joe. For the first time, this Ashes series has a team in front. Joe Root’s opposite number, Steve Smith, has played an innings of grit and glory to put Australia there. Root is still at the crease – despite a mighty blow on the noggin – and looks the only lad likely to keep England’s head above water. It is, just about: they have eight wickets in hand and their lead is seven. On his way from the field after the day’s final ball, Root turned to Smith, nodded and congratulated him on the innings that turned – and in years to come, you sense, will define – this match.

Smith’s was an innings worthy of plenty more than numerical analysis and we will get there, but first, let’s run the numbers: Smith scored 141 quite brilliant runs against 326 largely very well-delivered balls across 512 utterly shattering and personally sapping minutes. That’s more than eight and a half hours, nine different partners, and a few thousand fidgets. CricViz said there were 16 false shots across those 326 balls, but we’re damned if we can recall more than a couple. 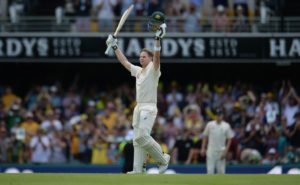 Steve Smith scored 141 not out from 326 deliveries

Put yourself in Root’s shoes. David Warner is caught where you planned for him to be caught, while the bowler brought on to bowl at Usman Khawaja gets Usman Khawaja. Your strategy to bore Shaun Marsh out bores Shaun Marsh out and then your superb new ball bowlers get through a batsman in each of their first two overs with the new Kook. There is no period of great length where your bowlers don’t bowl well, and you never cease trying original ideas. But still Smith stands there.

They know he scores in strange areas in a strange style, but strange plans are not enough

Word is that a familiar sight has emerged in England’s team room on tour. It’s that of Root, Shane Bond, the bowling coach, and Giles Lindsay, England’s analyst, huddled together, a laptop not too far away, plotting plans. They have had countless meetings with the bowlers too, and two nights out from the Test, Root took his bowlers out for dinner for a final briefing. The ideas (based on starving off-side runs, and the fact that he is not often bowled or lbw) have been very well received, and taken on board.

But, try as they might, they are not working on Smith. They know he scores in strange areas in a strange style, but strange plans are not enough. He dug Australia out from 30-2 and 209-7, and carried them to a lead of 26. It feels a lifetime ago, but England were all over Australia at lunch. It’s Smith – who put on 119 with the tail, first navigating the new ball then continuing to eke out runs – that removed that position of strength. Stuart Broad and James Anderson were brilliant, but not good enough to dislodge him. 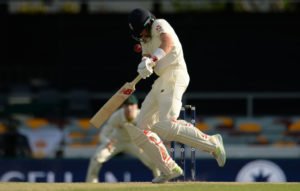 He left, left and left again, settling firmly in behind defensive strokes and took the ample singles England offered. You can frustrate Marsh or David Warner out, but Smith is another story entirely. It took him 90 balls to score through the off-side, and he spent overs at a time without considering scoring. It was the slowest of his 21 centuries, and surely the most important and best, too.

Smith’s effort empowered his bowlers. Josh Hazlewood, sluggish in the first innings, was superb. His second over had Cook caught hooking – in eerily similar fashion to the manner he fell in the second innings at Adelaide in 2013 – and his third did for James Vince, squared up and caught in the cordon (by Smith – who else?) by a beauty. 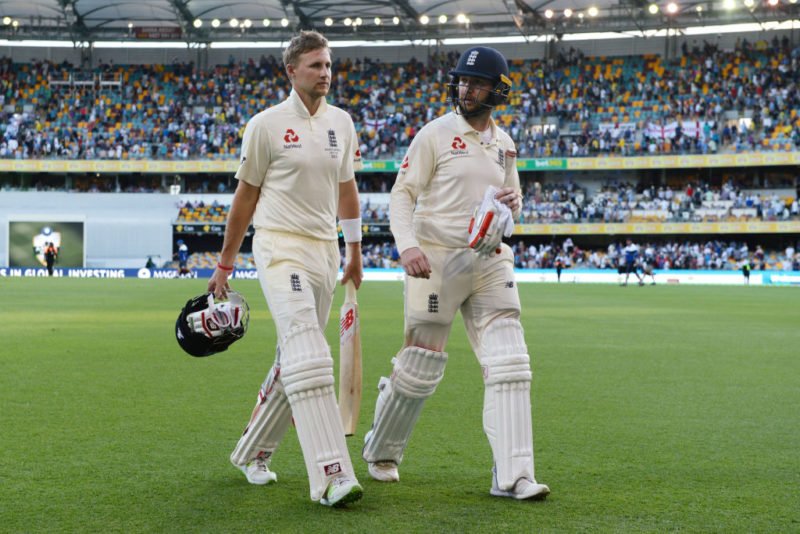 England were in a precarious position at stumps: 33-2 and a lead of just 7

Related Story: Watch: Steve Smith smashes six then points out to umpire that no-ball should be called

Mark Stoneman came through a spell where every ball, be it a Pat Cummins rocket or a Lyon tweaker, felt like it could turn him over. Stoneman is many things, but brave and unflustered top the list. Mitchell Starc stung one into Root’s grille and removed his stem-guard as the Gabba crowd and Australia delivered the roar – and the raw aggression England came here expecting. Root and Stoneman survived – and now the former must match Smith’s majesty.