Back in 2016, when Alastair Cook was still welcoming a revolving door of opening partners at the other end, we looked at the evolution of the England opener and the recurring void of an ideal partner.

The role of the opener might have changed significantly with the march of the shorter forms, but the ongoing struggle to find a settled partnership in Tests is nothing new. With the exception of a couple of famous pairings, English cricket has always tended to have one pivotal player at the top of the order – constantly engaged in a search for the ideal ‘+1’. Here, we chart the evolution of the English opening bat by studying the role’s most notable occupants.

It’s true that WG Grace – Shrewsbury’s contemporary and sometime opening partner – was the batsman of the era, but the Doctor’s significance transcends the game itself, let alone the role of opening bat. Shrewsbury, by contrast, was England’s first great professional at the top of the order – a master of sticky wickets and defensive method. Asked, as captain, who he most wanted in his team, Grace himself replied simply, “Give me Arthur”. The Nottinghamshire favourite topped the first-class averages seven times and was the first man to pass 1,000 runs in Tests.

One of a long line of England opening bat/captains, MacLaren was an uncompromising and often divisive skipper who never achieved a series victory when in charge. But as a batsman, he was a leader at the top of the order. His Wisden obituary noted, “He could, according to circumstances, play a cautious or a brilliant game that made him splendid to watch from the ringside. Standing erect with bat raised well behind him, he was ready to receive any kind of delivery and would force the ball away with every sort of powerful stroke.” They could well have been describing another moustachioed captain/opener who features later in our list.

The Master’s opening partnership with Herbert Sutcliffe is England’s most recognisable pairing, and Sutcliffe’s own 4,555 Test runs at 60.73 suggest a handy player, but Hobbs remains the period’s grandest figure – dominating the game from the top of Surrey and England’s order for 30 years. Before the coming of Herbert, Hobbs had formed a successful England opening partnership with Yorkshire left-arm spinner Wilfred Rhodes, and his stylish back-foot game earned him 199 first-class centuries in a triumph of controlled, unhurried technique.

A monstrous run-maker whose 364 against the West Indies at the Oval in 1938 – as a 22-year-old in his sixth Test –  saw him break Wally Hammond’s record for the highest Test score. Though that was an epic example of concentration and Hutton’s immaculate top-handed technique marked him out, he was equally capable of dominant strokeplay. 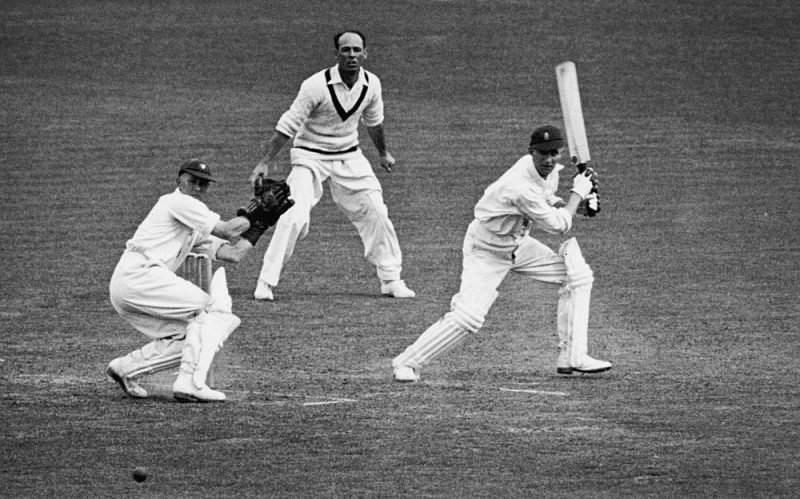 Aside from some early dashing displays for Yorkshire, Boycott didn’t carry forward Hutton’s tendency for flair – doggedness and concentration were undoubtedly his strong suit. A near-impregnable defender against good quick bowling, and a precise shot-maker particularly crisp off the back foot through the covers and on the on-drive, he was a giant figure across 108 Tests and would come to personify one type of England opener forevermore.

A naturally aggressive and dominant player, Gooch’s big bat and broad array of shots was paired with an unparalleled desire to keep on batting. That combination of technique, concentration and power perhaps make him one of a small elite of Englishmen who could have succeeded as an opener across all three formats of the modern game.

At 31 years and 157 days, he was also the youngest batsman to reach the milestone. pic.twitter.com/m8iC9mH6R4

Though Cook has become an overarching figure as England’s record run-maker, he is in many ways a throwback. The naturally hard-hitting and adaptable Marcus Trescothick was perhaps a more natural heir to Gooch in terms of his all-round capabilities in limited-overs cricket as well as Tests. But no one can – possibly ever will – match Cook’s rampant productivity in the longer form, where his chief weapons are unbreakable concentration and easy command of the short ball. Whether Alex Hales can become his long-term ‘+1’ at the England party remains to be seen.

*We all know it’s over now