From Pelham “Plum” Warner to Warwick Armstrong, Simon Briggs looked back at the timeless Ashes characters.

CB Fry’s Sussex sidekick was never offered the throne of Albania, as Fry was, but he did anoint himself “the Prince of Nawanagar” on thoroughly flimsy evidence. The first non-white to play for England, he forced his way into the Test side through sheer weight of runs, foiling horrified selectors like Lord Harris, and finishing the 1896 Ashes with a batting average of 78. Ranji’s race was always bound to be an issue. He was so badly barracked in Australia in 1897/98 that his opponent Frank Iredale wrote apologetically that, “The people here view all people not actually white as alien”. But the friendly fire must have been harder to take. Lord Harris never forgave Ranji, either for breaking into the England team, or for flouting the convention that gentlemen only played the ball into the off side. Ranji’s signature shot was the leg glance, which prompted the famous remark, ascribed to Yorkshire’s Ted Wainwright, that he had “never played a Christian shot in his life.”

Another man who provoked criticism from his own side, Barnes was one of the greatest bowlers the game has known – and a right royal pain in the arse to boot. It was he who prompted the classic line from AC MacLaren as the steamship carrying the 1901/02 Ashes tourists wallowed in heavy seas in the Bay of Biscay: “At least if we go down, we’ll take that bugger Barnes down with us.” Barnes rarely bothered with county cricket, despite a Test record of 189 wickets at 16.43. He preferred to stick with the Lancashire League team of Smethwick, where his teammate Bernard Holloway wrote that, “I was afraid of Barnes, afraid of his scowling displeasure, his ferocious glare, his crippling silences and his humiliating verbal scorn, and I played with and against him only when he was beginning to mellow.”

The 1902 Ashes were a selection disaster for England. After receiving the line-up for the fourth Test at Old Trafford, which left no place for Barnes, Fry or Gilbert ‘The Croucher’ Jessop, MacLaren remarked, “My God! Look what they’ve given me! Do they think we are playing the blind asylum?” So it was that England’s last bowling spot went to Fred Tate, an unheralded medium-pacer from Sussex. His single Test appearance was such a disaster that he is commonly referred to as ‘Poor’ Fred Tate. Not only did he drop an easy catch off Joe Darling – who played a lone hand in a low-scoring match – but he then found himself at the wicket with seven runs left and one wicket standing. His first ball glanced off the inside-edge to the boundary to raise hopes of a famous victory; his fourth rattled his stumps. Tate was devastated: one account describes him calling a hansom cab, drawing the blinds and weeping. Eventually, he composed himself enough to tell a teammate: “Never mind, I’ve got a little kid at home who will make it up to me.” Maurice Tate, then seven years old, went on to take 155 Test wickets.

One of the most quintessentially English Ashes captains, Warner actually had a Spanish mother and was brought up in the Caribbean. In one of his 21 books, he described learning to bat “in the marble gallery” of his father’s house against “the bowling of a black boy who rejoiced in the name of Killebree.” Warner’s contribution to Ashes folklore turned out to be as much literary as sporting. He did lead the 1903 team to Australia – the first touring party to be selected by MCC, rather than put together ad hoc by an entrepreneurial captain – and did so with success. More importantly, though, his best-selling tour diary How We Recovered The Ashes revived a piece of vocabulary that had fallen out of use. One reviewer of the book decried the title on the basis that the very term “Ashes” was no more than “slang and of only very temporary significance”.

Sir Pelham “Plum” Warner, captain of @Middlesex_CCC and @englandcricket, administrator, writer and founder of @TheCricketerMag, was born on this day in 1873.

Here’s what we said when he was a Cricketer of the Year in 1904.https://t.co/ZAMRyqfbDL

The man who invented the googly was a surprise inclusion on Warner’s tour, and as Warner himself wrote in his tour diary, “unkind people said … that I ‘ran’ Bosanquet into the team because he was a friend of mine”.

The two men had indeed played together at Middlesex, but Warner could consider himself vindicated during the decisive fourth Test, when – in one of those bewitching spells wrist-spinners are prone to conjure up from nowhere – Bosanquet claimed six wickets in less than an hour’s play. This purple patch must have surprised even Bosanquet himself, as for much of the tour his googlies had regularly bounced four times on the way to the batsman.

The South Africans must have been following Bosanquet’s success closely, because they sent as many as four googly bowlers on their 1907 tour of England. But it was not until the advent of ‘Ranji’ Hordern, who played almost a decade after Bosanquet’s breakthrough, that the Aussies cottoned on. In Australia, the googly was known as ‘the wrong ’un’, a term which – as the cricket historian David Frith has pointed out – was “often applied to felons, divorcées and homosexuals.”

Even Jack Hobbs, the Mother Teresa of cricket, once described him as “nasty and unsportsmanlike”

Standing 6ft 3in and weighing anywhere up to 22 stone, the so-called “Big Ship” – did we hear that correctly? – was Australia’s answer to WG Grace. A star player before the First World War and a successful captain after it, he was also an uncompromising sledger and gamesman. Even Jack Hobbs, the Mother Teresa of cricket, once described him as “nasty and unsportsmanlike”.

The classic instance came up during the 1909 tour of England, when young Kent all-rounder Frank Woolley walked out expecting to face his first ball in Test cricket. Armstrong kept him waiting fully 19 minutes while he bowled a series of looseners – according to one eye-witness, they kept “trickling down to the Vauxhall End screen, there to be fielded by urchins and handed over reverentially to the bobby on duty”.

“It was a rather trying time for me,” wrote Woolley in his autobiography. “After my long wait it is perhaps not surprising that ‘Tibs’ Cotter bowled me for eight.”

Selectors may often disagree, but they rarely try to defenestrate each other. That is what happened in February 1912, when Australia’s captain Clem Hill spent 20 minutes in a full-blown fistfight with his chairman of selectors Peter McAlister.

This was more than just an argument over who should open the batting. McAlister was allied to Australia’s Board Of Control, which the players resented for its high-handedness and greed. He also had a reputation for bias, possibly stemming from his decision to pick himself on the 1909 tour of England. So when this selection meeting grew frosty, and McAlister told Hill he was the “worst captain in living memory,” Hill replied “You’ve been asking for a punch all night.” With that, he leaned over the table and delivered one.

As the fight raged around the room – which was on the third floor in Bull’s Chambers, Sydney – Hill attempted to push McAlister out of the window, only to be pulled back by his coat-tails by BOC secretary Syd Smith. News of the fracas leaked out, hastened by McAlister’s black eye, and Hill received a variety of enthusiastic telegrams such as “Hip Hip Only regret blighter still living.” Nobody likes a management spy, least of all in Australia. 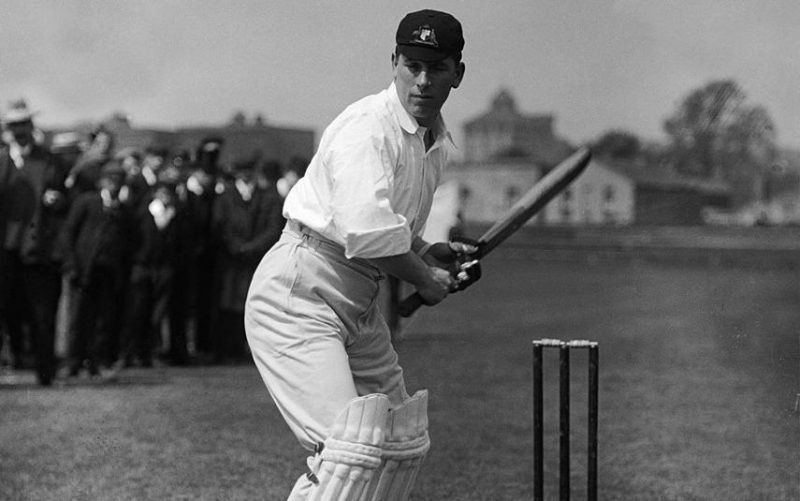 Clem Hill was the first Australian to 3,000 Test runs

The 1920s were a great decade for hedonism, it you were able to afford it. And many amateur cricketers could. The 1920s England captain Arthur Carr certainly had a taste for beer and cocktails, which may have cut short his time in the job. “The devil is that if you drink at all people are so apt to exaggerate about you,” he complained in his autobiography.

Exaggeration may not have been strictly necessary. Only four pages later, Carr related “the historic occasion on which, after having had a few, I was driving two of the Notts team back home at a fast pace. One of the two… went to sleep and fell off the back of the car and I and the other did not know he was missing until an efficient young gentleman in blue stopped us and suggested that I and my companion… should accompany him to the station. When we got there, I was invited to say, ‘Sister Susie’s sewing shirts for soldiers.’”

While Carr and Chapman indulged their taste for alcohol, Hammond was motivated by a different sort of appetite. He was the Hugh Hefner of English cricket, a man who thought nothing of telling his landlord, “If I tilt [the bedroom mirror] at the right angle, I can see your wife undressing.” As his England teammate Eddie Paynter once memorably put it, “Wally, well, yes – he liked a shag!”

After his first tour, to the West Indies in 1926, Hammond returned home looking emaciated. He had a fever and an inflamed leg, which required frequent lancing of a septic swelling in the lymph glands around the groin.

His explanation was that he had been bitten by a mosquito in British Guiana, and contracted blood poisoning as a result. All the medical evidence, however, suggests that he was suffering from syphilis. Even if he was truly bitten in the groin while staying in British Guiana, the culprit is unlikely to have been a mosquito.