Jerome Taylor, the Windies paceman, signed a deal with Somerset on Friday July 20, and will be available for selection for the remainder of the T20 Blast season.

Taylor could potentially play nine games for Somerset, starting with the July 27 fixture against Surrey, and more if they qualify for the knockouts.

Somerset have so far won three of their five matches in the tournament, which began on July 4, and are currently at third spot in the South Group, behind Kent and Gloucestershire.

BREAKING: We are delighted to announce that Jerome Taylor has signed for Somerset!! #WeAreSomerset pic.twitter.com/KHbWjxNfqV

Taylor has good knowledge of English conditions, having had county cricket stints with Sussex and Leicestershire, and Andy Hurry, the Somerset director of cricket, said Taylor’s experience would be invaluable.

“We are delighted to have secured such a high-quality player for the business end of the Blast,” said Hurry. “He brings with him a wealth of international T20 experience and is a player who can really impact games with the ball, both with the new ball and especially at the end of an innings.” 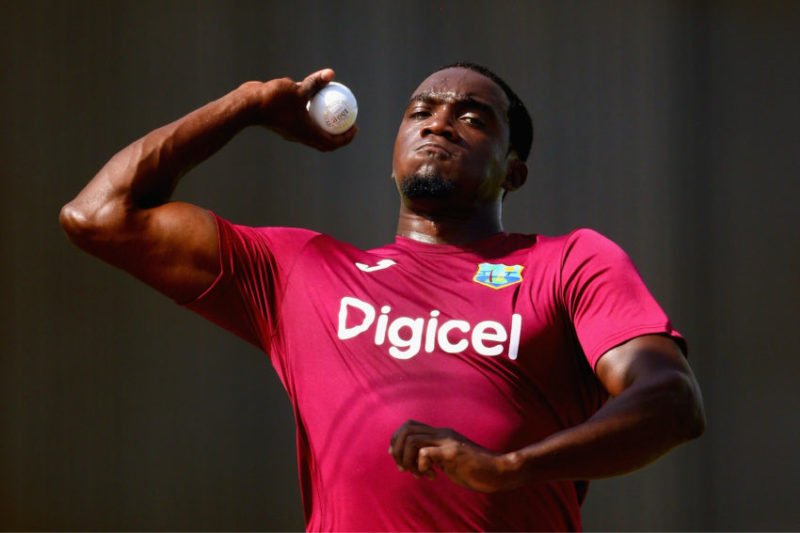 Taylor, 34, was a big part of the Windies side that lifted the World Twenty20 trophy in 2016. He has a wealth of T20 experience at international and domestic level, and has played for various franchises in the Indian Premier League and the Caribbean Premier League.

Taylor, who has taken 104 wickets in 89 T20 matches, said: “It’s a real honour to join such a prestigious club and I hope that I can help bring my experience to what looks like a really exciting group of young players.”