Michael Holding, the legendary West Indies pacer who is now a respected commentator, believes India should never have dropped Cheteshwar Pujara, and called for his inclusion in the Lord’s Test against England instead of Hardik Pandya.

India lost a riveting Test at Edgbaston by 31 runs, but that they got close was largely thanks to the efforts of Virat Kohli, the captain, and the bowlers. The batsmen struggled visibly, with the highest score by an Indian apart from Kohli being the battling 31 Pandya managed in the second innings.

Holding said it was imperative India included Pujara in the XI at Lord’s. The top-order batsman was excluded for the first Test to accommodate KL Rahul, despite Pujara spending the summer playing county cricket with Yorkshire.

“One thing I would like to see India do is find a way to get Pujara into this team,” Holding told Sky Sports. “I do not understand how they are so reluctant to play Pujara. He’s too good a player. 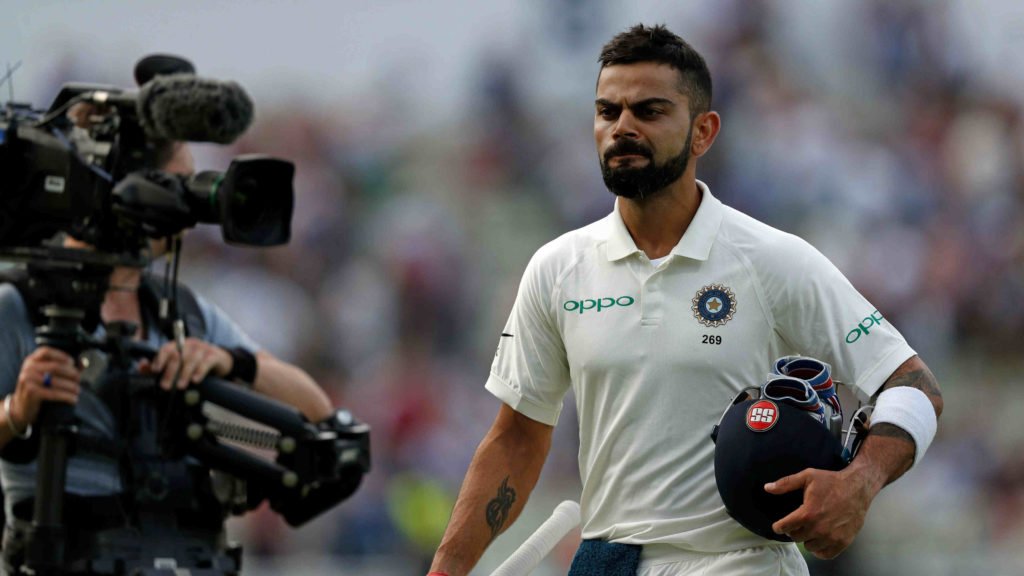 Virat Kohli has been criticised for his captaincy

“If Kohli had no form, would they leave him out? I’m not saying Pujara is as good as Kohli because Kohli is way above everyone else. But when you have (for example) a Rahul Dravid, a VVS Laxman or a Sourav Ganguly who is not in excellent form, do you leave them out? No.”

Pandya was one of the few Indian batsmen to show the grit and application that Kohli said most of the batsmen lacked in the first Test.

Holding, however, said Pandya was using up a slot for a specialist batsman. “Pandya, it seems as if he’s the golden boy in this team,” he said. “Everyone thinks he’s going to be the next Kapil Dev. He hasn’t shown that yet.

“Why not pick a batsman (instead)? Pandya got a few runs in the second innings but is he a better batsman than Pujara? I don’t think so, and you don’t need him as a bowler in my eyes.”

If you’ve to win a Test then everyone has to score runs. The other batsmen have to score 100’s as well. #ViratKohli played very well otherwise India would have been out of the match on the 2nd day itself. This was the first Test in a 5 match series & I think this team has the capability to come back & play well. #AjinkyaRahane & #MuraliVijay will have to show some determination since they have scored runs in these conditions before. I don’t think the captain is responsible for the loss. If you’re the captain then you’ll be criticised for a loss the same way as you’re congratulated for a win. One criticism for @Virat.Kohli is that he should give a consistent run to his batters & more time before dropping them. The failure against swing in English conditions can’t be used as an excuse any more as everyone knows that its what you get when you come to England. You can’t be excused all the time & we have lost before in 2011 & 2014. You’ve to bat well. It’s a very well known fact that the ball will swing in England the same way as Australia is known for its pacy wickets. So if previously you’ve scored runs there is no reason you can’t now. The captain should give confidence to his players. It’s his team & only he can change their mindset. He will have to sit with them & tell them that if he can do it so can they. He should give them time & tell them to go out & play without any fear. It is true that after continuous chopping & changing of the playing XI, players can get afraid that after all these years they’ve failed to garner the faith of the team management.” The good thing about the great teams of the past – whether it be #Australia, #SouthAfrica or our very own team which won the Test series here in 2007 – was that the boys used to play both formats of the game – #SachinTendulkar, #RahulDravid, #VirenderSehwag, including myself. So even if you played badly in 1 or 2 matches you got a lot of time to get back into form at the international level. Playing & scoring 150 in first-class cricket can’t compensate for international cricket. In this team no batsman except Virat plays all the formats. – SG

Sourav Ganguly, the former India captain, touched upon some of what Holding said in a separate post on Instagram. Ganguly believed Kohli was guilty of not giving a consistent run in the team for any player, much like in the case of Pujara, and said that caused uncertainty and insecurity.

“One criticism for Kohli is that he should give a consistent run to his batters and more time before dropping them,” wrote Gangly. “The captain should give confidence to his players. It’s his team and only he can change their mindset. He will have to sit with them and tell them that if he can do it, so can they.

“He should give them time and tell them to go out and play without any fear. It is true that after continuous chopping and changing of the playing XI, players can get afraid that after all these years, they’ve failed to garner the faith of the team management.”

The second Test will begin at Lord’s on August 9.