Back in 1972, when an 18-year-old, Test-capped Imran Khan turned up at Worcester Royal Grammar School, whites packed and ready for action, Martin Claytor could scarcely believe it. He and Imran would open the batting together that summer against the backdrop of a hotly contested Ashes series.

In the first chilly June Saturday of 1972 all was well in my cricketing world. Doug Walters was hammering the Warwickshire bowlers for a big hundred, whilst Imran Khan and I were sharing a century opening partnership on a school playing field.

I should go back a bit and explain. I had been eagerly anticipating the season for some time. A-levels, not my highest priority, were still a year away, meaning more time for cricket – and the Australians were due. Since listening to a teenage Doug Walters make a spectacular start to his Test career in the 1965/66 Ashes series, I’d been a big fan and, unpatriotically, was hoping to see him do well over here.

School life had also perked up considerably with the sensational news that Imran Khan, capped at 18 by Pakistan during last season’s tour of England, was coming to study at my school whilst qualifying to play for Worcestershire – one condition being that he must be available to play in school matches. For the first and only time, an English school side would contain a current Test player. Suddenly, the Worcester Royal Grammar School’s First XI’s prospects were looking distinctly rosier.

The Australian tourists were a potentially dynamic mix of youth and experience, much changed from the 1968 party and desperate to regain the Ashes after Ray Illingworth’s triumph in the 1970/71 series. Playfair Cricket Monthly’s pre-tour comments sound strangely familiar. “The 1972 Australians come to England to do a pretty important job. They have to prove that… five-day cricket can survive the threat to its very foundations imposed by one-day cricket.” Nothing much changes.

I rushed to nearby New Road at lunchtime and after school to catch a glimpse of the tourists in their traditional Worcester opener, Walters politely waiting for my arrival before making a brief second-innings appearance. Ominously for England there were early signs of what was to come from a young, uncapped seamer. “The surprise was the ease with which Massie’s swing bowling upset the county… on a first-class pitch,” said Wisden.

Our school season had started a week earlier, in front of a curious group of spectators. Having survived the shock of an English winter in the school’s spartan boarding house, a relaxed Imran began cutting a swathe through opponents. At the end of the previous season, the thought of walking out to bat with a Test player would have been unimaginable yet here we were, chatting as we left the pavilion. Needless to say, there was little discussion as to who would face the first ball. In fact I faced comparatively few deliveries before I made the return journey seven overs later. Imran’s century and three cheap wickets made considerably more of an impression.

Although supporting England, I could identify so much more with the tourists. The contrast between this young touring party and the ageing England team seemed glaring. As the first Test approached, this was highlighted by 38-year-old MJK Smith’s recall to a side that contained eight players aged 30 or over, with Illingworth close to 40 and Basil D’Oliveira a year older. Meanwhile, a century for Doug Walters in the penultimate tour match ahead of the opening Test meant that I could happily put off A-level essay writing in favour of poring over the sports pages.

As a soggy May gave way to a miserable June, our First XI was doing quite nicely, as you might expect with Imran in our ranks. Despite abandoned matches and finger-freezing conditions, our all-star all-rounder had already notched well over 200 runs and taken 11 wickets. Those tallies would have been much greater had it not been for Imran tending to lazily give his wicket away at times and safety reasons dictating the need to restrict his fast bowling on challenging school wickets. With his Pakistan cap tucked away modestly in his bag, Imran’s class was obvious. He could raise his game on demand and would do so when he felt like it, although he sometimes needed provoking –  usually when the opposition upset him. Fortunately, I was managing to stay in longer than my first innings of the season and could watch from the other end as he monopolised the strike. 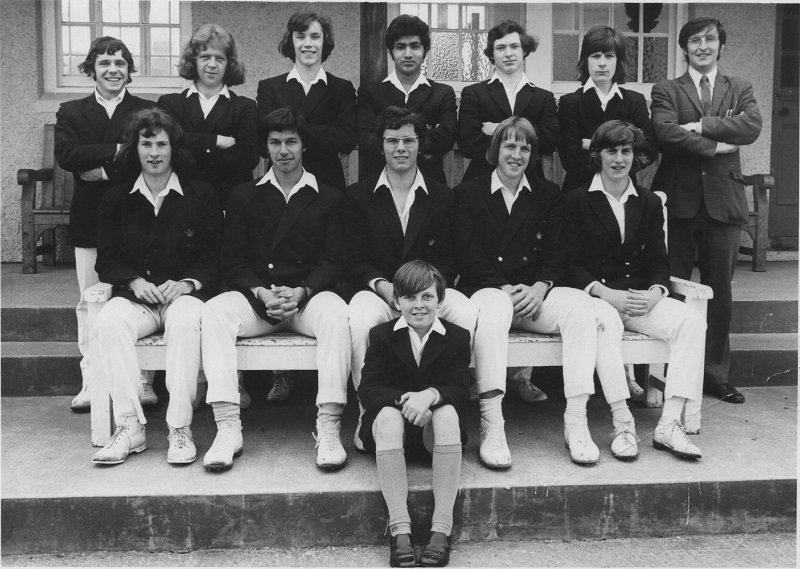 On that first Saturday in June, my cricketing worlds briefly synchronised. An opening stand of 140 with Imran helped to defeat a strong KES Birmingham side, Imran backing up his runs with six wickets in a hostile spell. Arriving home, flushed with success, I heard that Doug Walters had been scoring 154 at about the same time. Was this an omen for the rest of the summer? Sadly not, it turned out.

The hard-fought Test series was entertaining and controversial – the last drawn Ashes series up to the present date. An England win in the first match was followed by a crushing Australian victory at Lord’s, where Bob Massie’s prodigious swing bowling earned him historic match figures of 16-127 on Test debut. Basil Easterbrook wrote that Massie “made a nonsense of the age-old belief that English batsmen have no superiors when it comes to dealing with the moving ball.” Somewhat ironic given the criticism levelled at the Australian batsmen during this summer’s Ashes series. A poor Headingley pitch saw England dubiously retain the Ashes in the fourth Test, before the visitors deservedly drew level at the Oval.

For Walters, the series was a disaster. I could barely watch, other than from behind the sofa, as the first three matches yielded 56 runs. Two more failures at Headingley mercifully led to his omission from the final match of the season – the first time that an Australian side had ever been without a NSW player. His reaction, however, summed up why I wanted to play like him. When Chappell broke the bad news, Walters hid his disappointment and said: “Beaut! Now I shan’t have to get up early for nets.” My disappointment was brief, though. The summer would not have been the same without following Walters’ ups and downs, and I knew he’d be back. 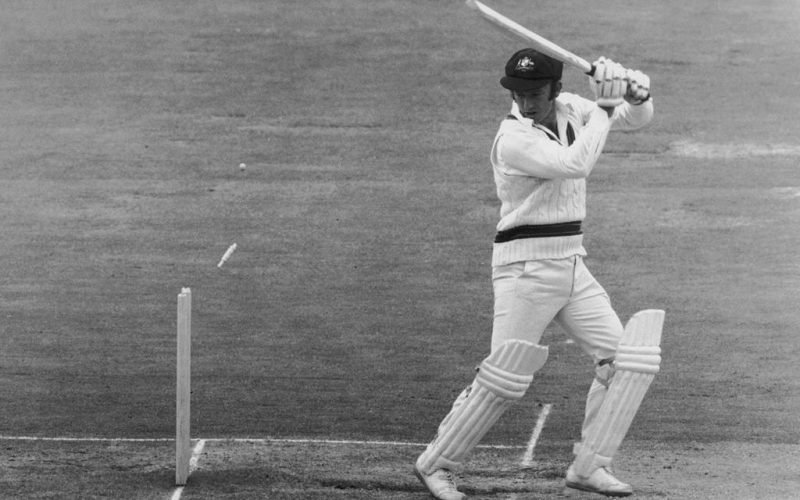 Our school season carried on successfully. Unsurprisingly, Imran topped both the batting (58.50) and bowling (7.50) averages. After a slightly diffident start, he had also become a popular member of the side, passing on help and encouragement to others and myself. Wisden’s description of Imran as “an unusual schoolboy” was more than a little understated – his willingness to play at what was clearly a considerably lower level than his usual standard had a profound impact.

The summer of 1972 had been one of the coldest of the century and unpleasant playing conditions often left me wishing that I owned more than one cricket sweater. Yet, for me, it was an unforgettable season and one that could never be repeated. Following a favourite player was part of it, but the opportunity to play and become friends with a future superstar of the game made it wholly unique.