India in 1971 secured their first series win in England with a memorable victory at The Oval, one that sparked scenes of celebration amongst London’s Indian diaspora.

India made cricket history by winning a Test match on English soil for the first time. In doing so, they brought to an end England’s record run of 26 official Tests without defeat. The Indian match-winner was the wrist-spinner Chandrasekhar who took six for 38 as England were dismissed in their second innings for 101, their lowest score against India and their third-lowest total since the war.

The Indians were left 173 to make in the fourth innings and by consistent batting on a slow, turning pitch gained a victory which gave them the series. It was an unexpected win, for until Chandrasekhar’s inspired spell on the fourth day England seemed to have the match well in hand. India finished the fourth day with 76 for two. Gavaskar was lbw to Snow without scoring, but Mankad played his longest innings of the series and then Wadekar and Sardesai denied England a breakthrough. Next morning, Wadekar was run out attempting a quick single to D’Oliveira before a run had been added.

Open Account Offer. Up to ₹4000 in Bet Credits for new customers at bet365. Min deposit ₹400. Bet Credits available for use upon settlement of bets to value of 12 times qualifying deposit. Min odds, bet and payment method exclusions apply. Returns exclude Bet Credits stake. Time limits and T&Cs apply. The bonus code WISDEN can be used during registration, but does not change the offer amount in any way. 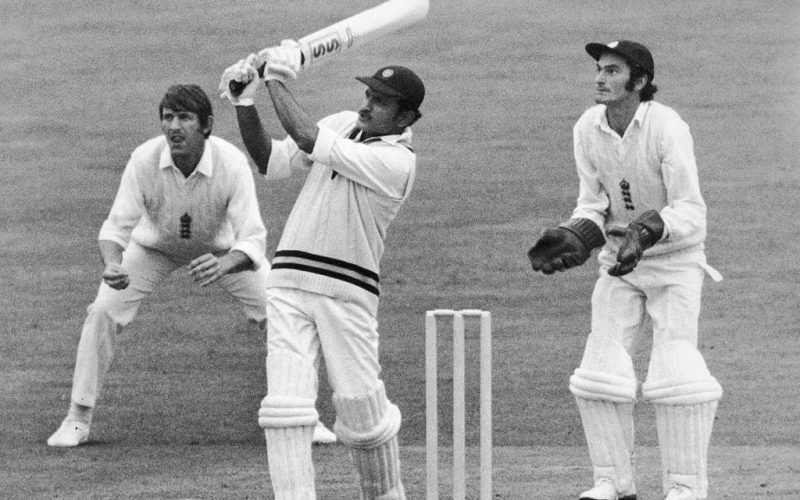 The tension was high and the Indians, avoiding all risks, took three hours to make the last 97 runs. Illingworth, in his own way, again bowled beautifully, but without luck; and his field placings were masterly, as was his handling of the attack. Underwood was dangerous when operating in a slower style, but was not as consistently taxing as his captain. Sardesai and Viswanath batted in dedicated fashion and when they were out Engineer struck some telling blows. Abid Ali cut the winning boundary to bring the jubilant Indian supporters racing on to the field to acclaim their heroes, who had shown that their success in the West Indies was well merited and in no way a fluke. So India won in England for the first time in 39 years.

In Bombay, the birthplace of Indian cricket, unprecedented scenes were witnessed on the night of August 24, the day India beat England in the Third Test match at The Oval. There was dancing in the streets. Revellers stopped and boarded buses to convey the news to commuters. In the homes, children garlanded wireless sets over which the cheery voice of Brian Johnston had proclaimed the glad tidings of India’s first Test victory in England, a victory which also gave them the rubber.

As in the West Indies, the spin attack was the cornerstone of India’s success. The inclusion of Chandrasekhar gave it a sharper edge and its effectiveness was enhanced no less by the vast improvement in fielding standards. For this, credit goes mainly to the manager, Lt. Col. HR Adhikari, who, to borrow from football parlance, was a “track-suit” manager.

Chandrasekhar, Bedi, Venkataraghavan and Prasanna comprised one of the most versatile spin combinations that any country has ever sent on tour. Of the 244 wickets that fell to bowlers on the whole tour, these four captured 197, and in the Tests, Chandrasekhar, Bedi and Venkataraghavan accounted for 37 as against 11 by the two seamers, Abid Ali and Solkar. Masters of their craft, the spinners bowled well even under unfavourable conditions and at Lord’s and The Oval, where the pitches assisted them, they were quite menacing. Bedi bowled tirelessly, and in the challenging manner of the classical left-arm spinner. He must rank amongst the finest bowlers of his type to have toured this country. Prasanna, whom many (Garry Sobers included) consider the world’s best off-spinner today, failed to gain a Test place.

Originally published in the 1972 edition of Wisden Cricketers’ Almanack.

“I remember Abid Ali joining me at the crease with only a few runs needed to win and I said to him, ‘Look here, we’ve almost won this match so don’t lose your wicket because that will bring England back into the game’. He said, ‘Ok, ok…’ What does he do first ball but charge down the wicket and try to whack the ball out of the ground! Would you believe it, Alan Knott of all keepers misses an easy stumping.

“When it got down to four runs to win I should have stayed on strike but I made the mistake of taking a single with one ball left in the over. I told him again, ‘Don’t do anything stupid’. Next ball he comes charging down the pitch, gets a top-edge over the slips for four and we won the game! It was such a relief. I was almost flat out on the ground with exhaustion from keeping wicket and spectators carried Abid Ali off the field for having scored four bloody runs!

“Next thing I saw was a little elephant on the ground. Those were some wonderful memories. It meant a huge amount and back home everybody was ecstatic. They still talk about it and show it on television. It was a great win for Indian cricket.”