As a talismanic skipper and superbly gifted all-rounder, Clive Rice turned Notts into one of the most feared sides in the land. Rob Johnston looks back at the South African’s influence.

Who was the greatest all-rounder of the 1980s? Not much separates Ian Botham, Richard Hadlee, Imran Khan and Kapil Dev, but South Africa’s Clive Rice is worthy of consideration too despite an international career that totalled just three ODIs. South Africa’s isolation during apartheid prevented Rice having the international career his talent deserved and he instead proved his class during a decorated 12-year career with Nottinghamshire.

Rice arrived in the Midlands in 1975 as a relative unknown, replacing Garry Sobers as Notts’ overseas player. He was a high-class batsman, averaging 44 from 283 first-class games for the county, and his brisk out-swing, although marginally his weaker suit, brought him 476 wickets at 23. An outstanding slip fielder and an equally impressive performer in the one-day game, many have argued Rice is the best player never to have played Test cricket.

Strongly opinionated with an unwillingness to accept mediocrity from players or administrators, Rice was a natural captain, a role he performed at Notts from 1979 to 1987. Under his leadership they won their first County Championship for 52 years in 1981, with Rice taking 65 wickets and averaging 56 with the bat, and won another title in 1987.

“There was no doubt we were a pretty rubbish team in the late ‘70s and by the time Clive left we were a strong team,” says Mick Newell, Notts’ current director of cricket who played in that second Championship-winning side. “He used to put in big performances when we were under pressure and he was one of those captains who inspired by his performance. The players raised their games under him. 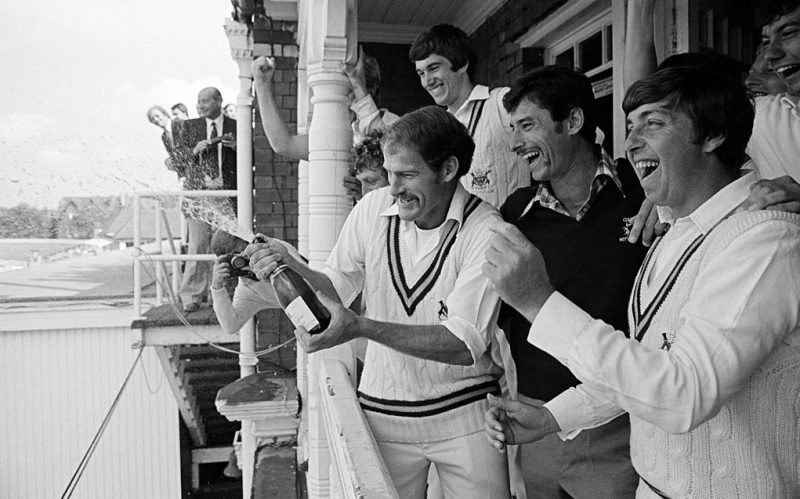 Nottinghamshire celebrates their Championship win in 1981, with Rice leading the proceedings

“He wasn’t a hugely vocal person in the dressing room because that wasn’t his style. He was all about example. As a world-class cricketer who couldn’t play international cricket at the time, he made a lot of players play to their best.”

Rice made the most of what was available to him and played in Kerry Packer’s World Series cricket, for which he was briefly sacked by Notts in 1978, for South Africa against the unofficial rebel touring teams and for an uncompromising Transvaal team in South Africa’s domestic competition.

Informed by his time at Transvaal, Rice would often demand bowler-friendly Trent Bridge pitches, suited to him, Hadlee, who joined Rice at Notts in 1978, and off -spinner Eddie Hemmings. The 1980s were a torrid time for opposition batsmen. 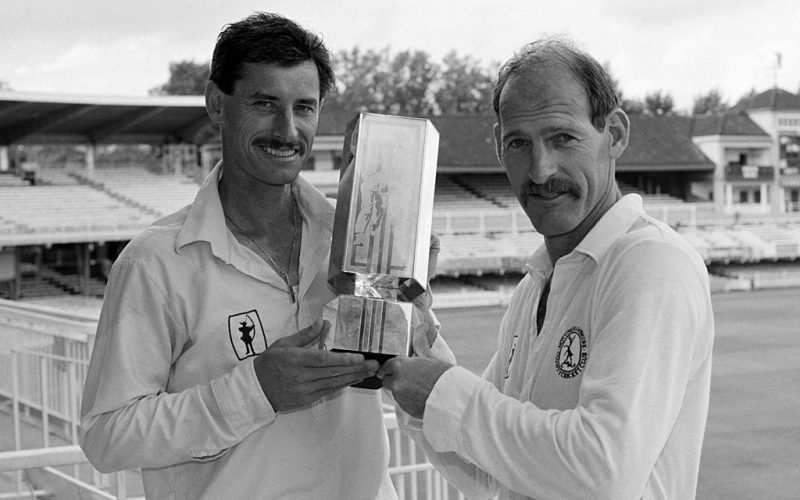 “Initially he came over from South Africa with a reputation as being a really quick bowler, although he slowed down over time,” remembers Newell. “He was part of a team at Transvaal that had several real quick bowlers and played on green pitches and they used to rough people up. I think he wanted Notts to do a similar thing.”

Few partnerships have had such an impact on a side as Rice and Hadlee’s did in those nine years. It blossomed on and off the pitch. “Rice and Hadlee were very tight and spent a lot of time in each other’s company as friends as well as being the two outstanding players in the team,” says Newell. “Clive always believed we were going to win and he inspired confidence in his players. Hadlee and the likes of Bruce French responded to that.”

Rice sadly passed away last year after a long illness but the memories of that ‘87 Championship win remains fresh for Newell. “He’d already said he wasn’t coming back after 1987 so it was a wonderful send-off ,” says Newell. “It meant a huge amount and for him to do it in his last match with Hadlee was great. He came back two or three weeks later to be part of the group that went to Buckingham Palace with the trophy. It was very symbolic because he had turned the club around.”