David Warner triple hundred against Pakistan confirmed he was back and remained among the best in the world among Test match openers, and earned him a place in Wisden’s Test innings of 2019.

93 runs in 10 innings, eight single-digit scores that included three ducks: David Warner’s run in Australia’s Ashes-retaining draw in England was best described as miserable. He did blossom in the home T20Is against Sri Lanka and Pakistan but that wouldn’t suffice to make up for the horrendous Test run. However, champions are defined by how they rise from adversity and Warner, with his glorious run in Australia’s home summer, highlighted by his monumental 335* at the Adelaide Oval, reinstated himself as one of the most feared batsmen in modern cricket.

Some cringe at his sometimes questionable behavior, others are able to see past all that and appreciate a truly colourful character. But love him or hate him, David Warner is a heck of a cricketer. And he is here to stay.

While the marathon knock did have plenty of trademark crisply timed hits to the fence: the flowing cover drives, the short-arm jabs on the on side and the slog sweeps against the spinners, it wasn’t studded with towering sixes as one would expect, the only hit that soared into the crowd coming after he had crossed the magical 300-run mark. His 127-over long stay, a little over nine hours, was punctuated with a slice of good fortune too, but all of those aspects were mere footnotes to the grit, determination, urgency and the strong character demonstrated by the 33-year-old.

He had already scored a patient 154 in the first Test in Brisbane, but that, to an extent was overshadowed by Marnus Labuschagne’s imperious 185. In Adelaide, walking to bat after a delayed start against the pink ball, Warner lost his opening partner Joe Burns in the fourth over and was himself cautious in the rain-marred first session. But once he got his eye in, he pulled out some audacious strokes, each of which signified his dominance. As Warner walked off at the end of the first day’s play, unbeaten on 166, it wasn’t at the sloppy bowling and fielding that stuck in the memory, but his oozing confidence, especially against the experienced leg-spinner Yasir Shah.

The visitors were to suffer more on the following day. Apart from the Brisbane century, they had already been at the receiving end of Warner’s brutality in Melbourne and Sydney when they had last toured in 2016-17. But under the bright Adelaide sun he went truly massive, shattering various records and with it, driving away Pakistan’s hopes. He was on 226 when he sliced one off debutant Muhammad Musa straight to Babar Azam at gully. But to the visitors’ agony, the bowler had overstepped to give the left-hander a reprieve. 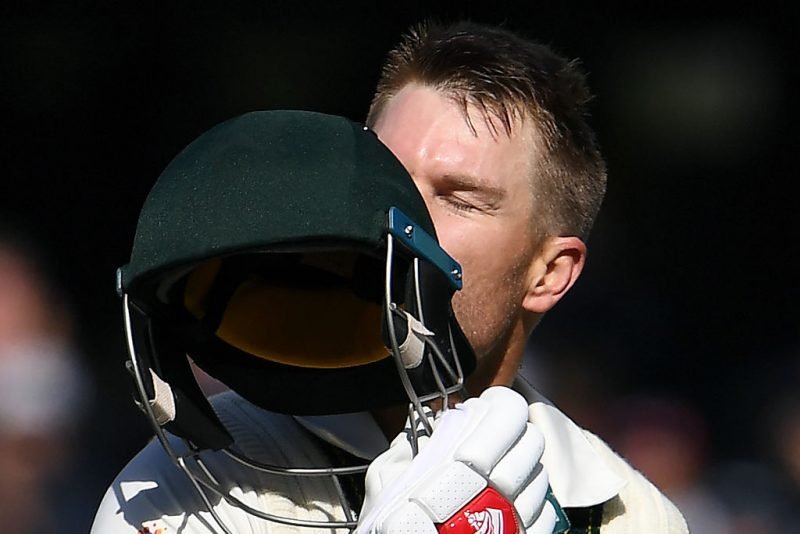 Warner carried on and two hours later, brought up his triple hundred with a short-arm pull towards wide long-on, going past Sir Don Bradman’s 299 at the Adelaide Oval and becoming the seventh Australian to the 300-run mark. The milestone was celebrated with a trademark leap, before he soaked in a rousing applause from the Adelaide crowd.

Having notched up the fourth fastest triple, he added 35 more and surpassed Bradman and Mark Taylor’s 334-run mark to register Australia’s second highest Test score after Matthew Hayden’s 380. He might well have gone past Brain Lara’s magical 400*, but that wasn’t to be as Australia declared early to push for a win. However, the former West Indies great predicts that Warner will surely get more opportunities to break the barrier.

Related Story: What is the right time for Australia to declare in Brisbane?

“I still think Warner may have time to do it in his career,” Lara stated after Warner’s effort. “He is a very attacking player and that is the sort of player who can always set you up for a win.”

Choosing one of 40 hits is no easy task, especially if those come off Warner’s flashing blade. But the one that stood out was his first boundary on day two that got him away. Yasir Shah went round the stumps first up and pitched one on a short of good length outside off that turned in sharply. Warner, without an iota of uncertainty rocked back and punched powerfully off the back foot into the extra-cover boundary to set the tone early into the day’s play.