Wisden looks back at the five best Test spells of 2019.

Tim Murtagh delivered the most memorable moment of his international career in a spell that rocked the World Cup champions, 10 days after their historic triumph at the same venue. In an encounter that was almost considered as a practice game ahead of the summer’s Ashes, Ireland shocked the hosts on the first day, as Murtagh led the charge with his first and only five-wicket haul in Tests. Joe Root, riding high on the World Cup triumph, was pulled down to Earth, as his team was bundled out for 85 after electing to bat first.

There are only two instances in the @cricvizanalyst database of a pace bowler bowling as much as Tim Murtagh did in an innings yesterday and hitting a good line and length as often.

In a game where not just Murtagh but the entire Ireland team were making their Lord’s Test debut, the fast bowler wreaked havoc from his second over. Bowling with unrelenting consistency, he caused big problems early in the day, daring the batsmen to drive throughout his spell. Jason Roy was caught at slip in the third over as Murtagh got Ireland off to the perfect start. The same narrative continued thereafter, as England’s batsmen struggled to cope with his probing line and length.

Murtagh’s best ball came against a flustered Jonny Bairstow, whose middle-stump was uprooted by a ripping in-swinger, but really this was a spell greater than the sum of its parts by a cricketer who has made a living in county cricket doing what he proved could work at a higher level, at a ground he has graced for many years.

Rashid Khan had a nightmare start to his Test career, returning figures of 2-154 against India in Bangalore in a two-day hammering. However, he has been in top form since then, picking up 21 wickets at 15.76 in two Tests, with his best performance in whites coming against Bangladesh as Afghanistan claimed a historic away win in Chattogram.

In a match-winning performance, Rashid claimed 11 scalps in two innings, including a career-best 6-49 that crippled Bangladesh in the chase. Making his debut as Afghanistan’s red-ball skipper, he led from the front, becoming only the third captain to score a fifty and pick up ten wickets in a Test.

Initially, Mohammad Nabi and debutant Zahir Khan made inroads into the top order, as the hosts stumbled to 88-4 in the 397-run chase. Rashid took over thereafter, spinning a web around the Bangladesh middle and lower order. He removed the dangerous trio of Mushfiqur Rahim, Mominul Haque and Mahmudullah, and with every big wicket he claimed, Afghanistan believed a little more. It was fitting that the last wicket of the game also fell to Rashid, as he trapped Nayeem Hasan in front to seize a memorable 224-run victory for his side.

Australia’s incredible Test summer began on English soil at Edgbaston, where Nathan Lyon showed why he is one of their most important Test cricketers.

After slipping to 122-8 on the first day, Steve Smith dished out a masterclass to mark his Test return, helping Australia set England a 398-run target in the first Ashes Test. But beginning the final day with 10 wickets in hand, the hosts would have fancied salvaging a draw. The GOAT had other ideas

After 5.2 overs of playing Lyon out, Jason Roy had had enough, tried to dance down the pitch and slam him over cover, only to miss the ball completely and watch it crash into his stumps. From then on it was a procession. 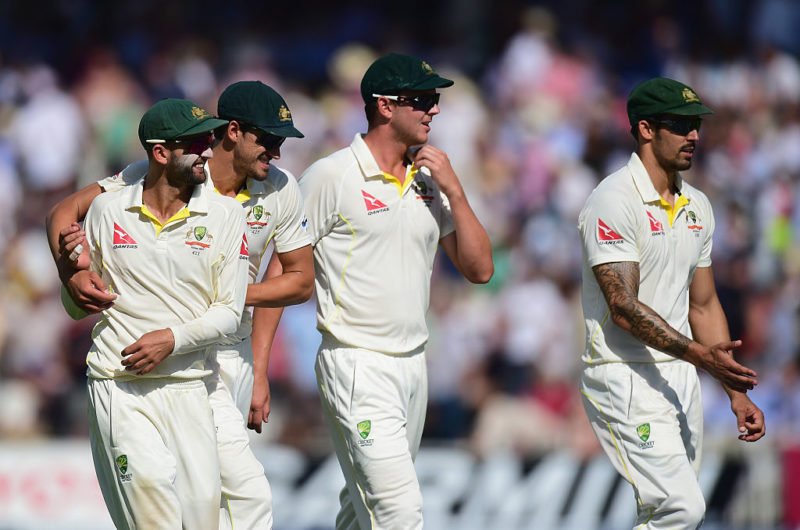 Lyon retained his rhythm throughout the spell, troubling the home batsmen on a relatively flat wicket, especially for day five, and in contrast to Moeen Ali’s toothless third-innings performance. The big wicket of Joe Root came off a short delivery that straightened after pitching, and caught the edge off the willow before flying to forward short-leg.

A defensive Ben Stokes was sent back with the ball of the innings. A tossed up delivery that invited the batsman forward, spun sharply, and whizzed past his outside edge into the hands of the wicketkeeper. It was Lyon’s 350th Test wicket, and it couldn’t have come at a better time.

In one of the most surprising results of 2019, West Indies tonked England in Barbados to claim a massive 381-run victory early in the year. The architects of the victory were Jason Holder, who notched up a career-defining double century, and Kemar Roach, whose vicious first-innings spell helped skittle England for 77. And yet it’s Roston Chase, bowling non-threatening, non-turning offies, who claimed the best Test figures of the year in the second dig, snatching second spot in this list.

Roston Chase, who had just 42 wickets from 26 Tests before this game, finishes with figures of 8-60.

A thoroughly deserved victory for the West Indies, who comprehensively outplayed England in every department. #WIvENG | #WIvsENG pic.twitter.com/sqAG1GUtlv

For unplayable brilliance, the performance surely doesn’t rank too highly. CricViz determined that, in 2018, no off-spinner who bowled over 500 balls in Test cricket turned the ball less, and seven of his eight wickets came from balls which turned less than 4 degrees. He was accurate, for sure. But he didn’t have to do much more than land the ball in the same spot a few times and wait for an England batsman to gift him a wicket.

But in cricket, the ‘how’ is only so important. When context plays such a huge role, and when you can derive so much about the tale of a game from a bare scorecard, just taking eight-for in one of the most joyous Test wins of the year is enough to etch yourself into people’s memories. A double hundred comprised of edges through the slips would be a double hundred all the same. Chase’s spell did more too, for so many  clubbies more accurately classified as slow bowlers than spinners, giving them, if not something to aspire to be, then to identify with, proof that the simple virtues can get you reward at any level. And that’s worth celebrating.