Taha Hashim picks out five players unlucky to miss out on Wisden Cricket Monthly‘s ODI team of the year.

Disgruntled by the selections for Wisden Cricket Monthly‘s ODI team of the year?

The selections were based on performances between December 3, 2018 and December 3, 2019; here are a few notable names that impressed during that period and were unlucky not to make the cut.

With his steely gaze, endless decorum as a leader and constant excellence with the bat, no cricketer tugs on the heartstrings of neutrals as much as Williamson. After his side suffered the cruellest of defeats in the World Cup final, Williamson remained a difficult man to read. In his presser he revealed he was “gutted”, but the dry sense of humour remained intact. There must have been pain, though; after all, it was Williamson who had dragged his side forward with centuries against South Africa and West Indies, while his patient half-century against India in the semi-final grew in its importance as the match progressed to become a low-scoring thriller. The Player of the Tournament award was merited; without Williamson, New Zealand would not have reached Lord’s.

Buttler’s 77-ball 150 against West Indies in February felt significant as the World Cup closed in. After an impressive 2018 saw him excel across all three formats, Buttler looked set to be England’s front-cover star; a century in his second innings of the tournament against Pakistan added to the feeling. But after his half-century against Bangladesh in England’s following match, it wasn’t until the final that Buttler passed fifty again. Little would he have known upon his dismissal to Lockie Ferguson that he would return to the crease for one last dance: the super over. England’s vice-captain and wicket-keeper contributed seven of the 15 runs that gave England the title, and the image of him completing the run out of Martin Guptill will live for eternity.

Buttler received the same number of votes from Wisden‘s panel of writers as Shai Hope, but chief selector Phil Walker had the final say, opting for the West Indian, whose numbers with the bat were difficult to look past.

An effortless run-up, unrelenting accuracy and possessing pace to frighten even the bravest – Archer arrived on the scene gift-wrapped for an England side searching for a talismanic fast bowler to round off their squad for the World Cup. From the get-go he lived up to the hype; beyond the wickets, to watch him rattle helmets with unerring ease was mildly disturbing and wholly impressive. By the end, Archer was the undisputed leader of the attack, proven by Eoin Morgan handing him the ball for the super over. He didn’t disappoint. 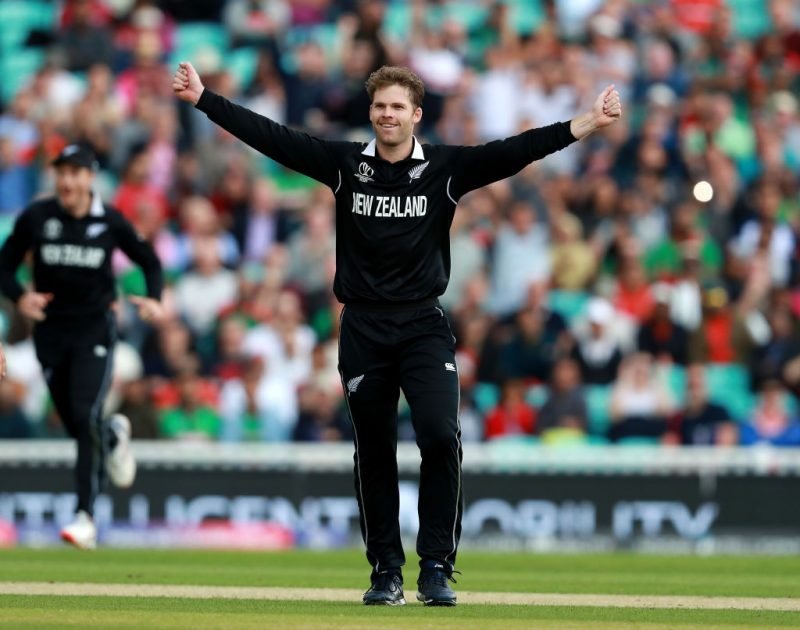 Was Lockie Ferguson unlucky to miss out on WCM’s ODI team of the year?

Another driving force behind New Zealand’s run to the World Cup final, 2019 was the year the world opened its eyes to Ferguson. With his moustache and all-black get-up, he was hard to miss, as were the deliveries he bowled; he broke through sides with his pace. His change-ups were delightful to watch, too: the slower balls to dismiss Shimron Hetmyer and Bhuvneshwar Kumar are worth your time. He was front and centre in the final as well, returning figures of 3-50 and diving forward marvellously to catch out Eoin Morgan.

Having made no ODI appearances in 2016 and just four across the next two years, Shami emerged out of exile in 2019 to take more wickets than anyone in the calendar year. At the World Cup he was introduced mid-tournament against Afghanistan with resounding success, taking a hat-trick to seal the game, and he followed it up with nine wickets across the next two matches. Having returned to the T20I side at the end of the year and also been brilliant in Test cricket, Shami’s 2019 was triumphant.