Keaton Jennings, the England opener, candidly spoke of the pressures of playing for England, summarising it all rather succinctly when he said, “it’s not for the weak-hearted”.

Jennings, 26, has played 16 Tests so far, but averages just 25.86. He was under particularly intense scrutiny during the blockbuster series against India last summer, when he managed a high score of 42 in five matches.

There has since been a century against Sri Lanka in Galle in November, but after falling for scores of 17 and 14 in Barbados in the first Test against West Indies, the pressure is back on the England opener.

“Sometimes, you’ve got to absorb that pressure and counteract it. When you do that, you get bad balls, and you can put them away.”

Textbook quotes find a new orator in Rory Burns, who calls for patience from the England batsmen.https://t.co/k4OrhilMds

Jennings describes himself as a naturally intense person, and that doesn’t always help him at the Test level, he said.

Related Story: When Keaton Jennings got pranked by Mark Wood

“There’s a level of intensity about Test matches which can’t be replicated,” he told Mirror Sport. “You wake up in the morning and see yourself on Sky News. You’re walking to the changing room for practice, and there’s TV screens showing replays of you getting out the previous day.

“When I got recalled for the Pakistan Test last summer, I was flicking through the papers the next morning, and one of the first articles I read, at 6am, was about my technical deficiencies. That creates this feeling of constantly being watched, like this fish in a giant fishbowl.” 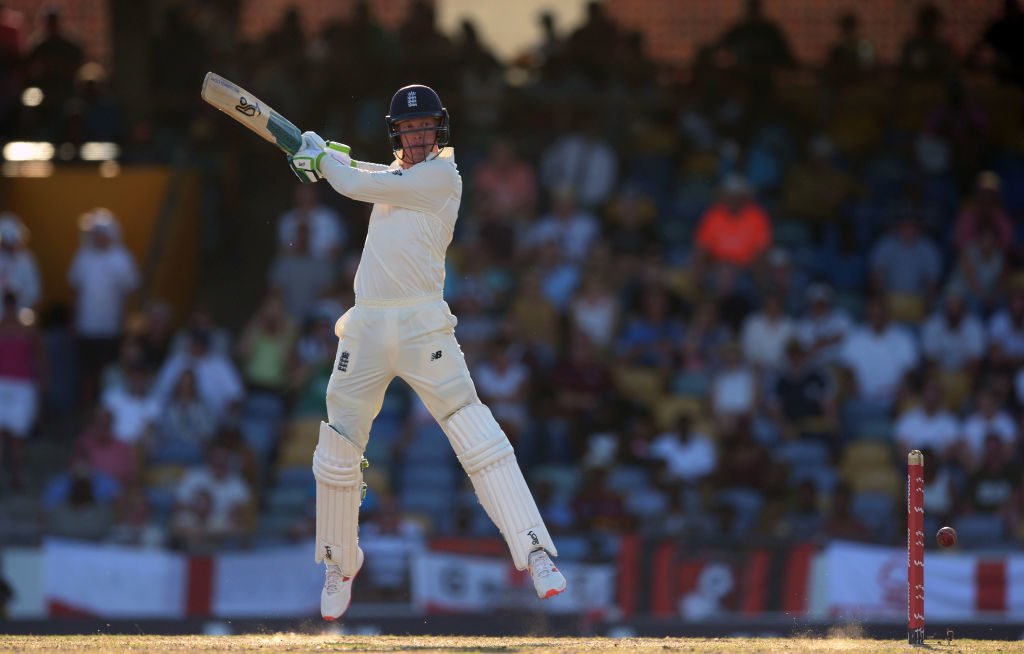 Keaton Jennings scored 17 and 14 in Barbados

With the home Ashes fast approaching, Jennings knows he needs to be more consistent and get those big scores. However, he repeatedly finds himself caught up in the intensity, and desperately needing to calm down.

“Some people need to rev themselves up before they go out to bat,” he said. “I’m the opposite, I need to calm myself down. I really care about trying to put in performances for the team. It’s just the way I’m wired.

“But then, if things aren’t quite falling into place or you’re not getting the breaks, it becomes an all-encompassing goal and you’re going to bed each night wondering how you’re going to get your next run. And that doesn’t put you in the right frame of mind to play well.”

Since the start of 2018, only Jos Buttler averages over 40 for England in Test cricket. https://t.co/0YAjXqFzaV

What’s the way out of that cycle? Jennings is looking at a method used by Alastair Cook, his former opening partner, to keep his cool.

Related Story: Roach: ‘No friendships’ between West Indies and Archer during England tour

“Test cricket is a ruthless environment and you’ve got to have a thick skin in order to push yourself through the bad patches, when you don’t feel in great form,” he said.

“But one of Cookie’s biggest tricks was that he was always so balanced, regardless of what had happened in the last match, whether he’d scored 0, 100 or whatever.

With the multitude of all-rounders at their disposal, England could almost pick any combination of the 14 players originally in the squad and still have a viable Test team. @Yas_Wisden on the five players who most likely to miss out in Antigua. #WIvENGhttps://t.co/i202ne3DWl

“He taught me that you’ve got to be very clear in your head about the way you want to go about scoring runs, and you’ve got to be honest with yourself at times, when you’re making errors. It’s a mental game. Sometimes you just have to bluff yourself that everything’s going okay.”

The second Test in Antigua begins on Thursday, January 31.