England will take on Ireland in the 2022 T20 World Cup on Wednesday — here’s the Dream11 fantasy preview for ENG vs IRE.

England started off their tournament with a win, as they defeated Afghanistan by five wickets on Saturday. Set 113 runs for a win, Jos Buttler’s team found it tough to get going against a quality spin attack but eventually chased down the target with 11 balls to spare.

Ireland, on the other hand, are entering the game after a loss to Sri Lanka. However, they reached the Super 12 for the first time since 2009 after defeating West Indies in Round 1 and will be eager to cause a few more upsets.

Jos Buttler should be a no-brainer in the side. Though he scored a run-a-ball 18 in the last game, he will fancy his chances against Ireland, and will also get you points with the gloves.

Paul Stirling does not have the best record in the T20 World Cup, averaging under 25 with the bat from 17 innings, but enters the game in decent touch, with an unbeaten 66 against West Indies and 34 in 25 against Sri Lanka.

Harry Tector can be a great differential pick. H is coming off a knock of 45 against Sri Lanka, and managed to impress the Indian camp recently when the two teams played a T20I series.

Picking new ball bowlers from England is advised, as they can trouble the top-order Ireland batters. If England bat first, select more top-order batters in the team, as they will fancy themselves to bat through and get a big score. 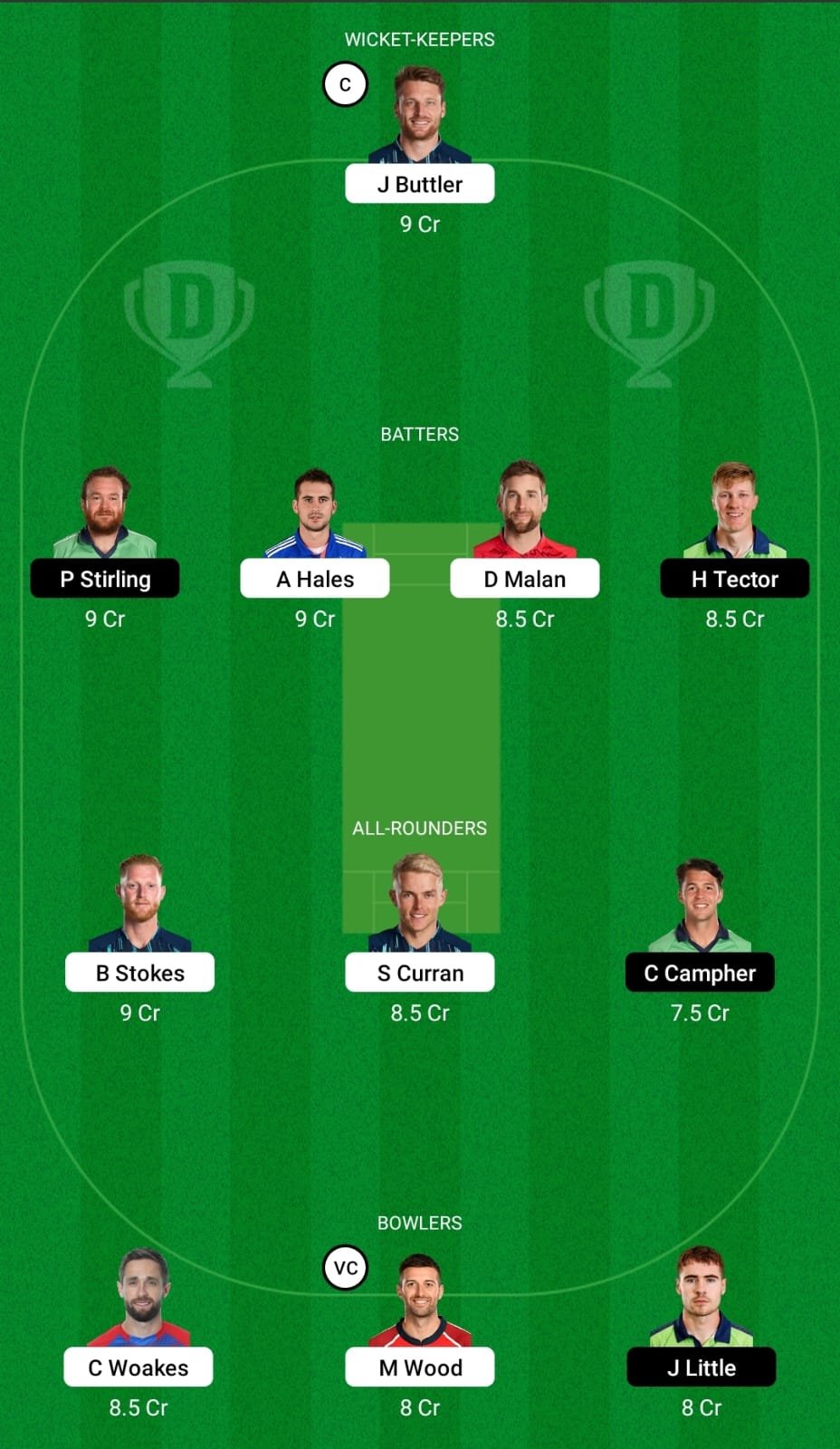