England have a selection dilemma over the make-up of their bowling attack for the fourth Test against South Africa at The Wanderers, with Jofra Archer coming back in contention after proving himself fit with a rapid spell of bowling in the nets.

Archer was left out for the third Test at Port Elizabeth in place of Mark Wood, with the former sustaining an elbow injury and the latter impressing with a quick burst in practice, form which he carried into the Port Elizabeth Test, at one point topping 94mph. England have rarely possessed two bowlers capable of reaching such speeds, and the prospect of playing both is tantalising.

Who they would leave out is another question. Stuart Broad and Sam Curran are England’s two leading wicket-takers this winter, with the former England’s second-leading Test wicket-taker of all time, and the latter adding depth to their batting, having contributed a useful 44 at Port Elizabeth, his highest Test score since his breakout 2018.

Dom Bess was England’s frontline spinner at Port Elizabeth and impressed by claiming the first five South African wickets to fall in the Proteas’ first innings, becoming the third-youngest English spinner to take a Test five-for in the process. The Wanderers pitch is considered one of the quickest in the world, however, and with England captain Joe Root taking his Test-best figures in the second innings, the tourists could opt for an all-seam attack, as they did in the opening Test of the series.

In the latest episode of the Wisden Cricket Weekly podcast, Elizabeth Ammon, cricket report for The Times, and the Wisden duo of Ben Gardner and Taha Hashim discussed who they would pick for in England’s bowling attack for the final Test.

TH: You look at the way Mark Wood bowled in that third Test, and with Jofra looking sharp as well… for me, it is becoming too appetising to not think of having both of them in one pace attack, as risky as it is. It is harsh on Sam Curran, but I would go for Broad, Archer, and Wood. 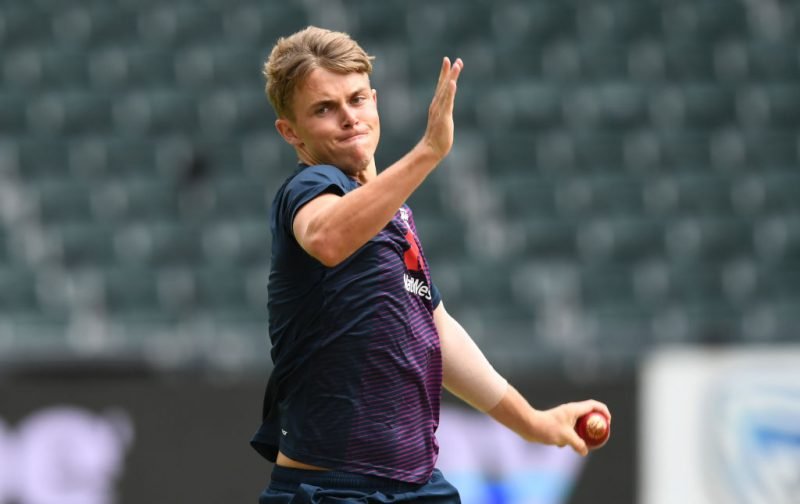 Could England leave out Sam Curran at The Wanderers?

EA: I am with you and it is really harsh on Sam Curran because he has done absolutely nothing wrong, but I am not a fan of playing five seamers at all because I think you end up underusing one and it messes with the balance. In terms of not having a great big long tail, we know that Dom Bess can bat, he just has not really shown it yet.

I always think unless it is really green and the conditions dictate it, it is not a good idea not to have a spinner although, having said that, you do have Joe Root and you do have Joe Denly. So they will have to have a good look and a good think about that. It is too tempting to not have two very quick bowlers against a very fragile South African batting line-up. I think you could rattle through them pretty easily.

BG: I think England will be quite tempted by leaving out Dom Bess especially because of how Joe Root bowled in that second innings, but I think that they should keep him around. I think it would just be risking too much to play Mark Wood two Tests in a row no matter how fit he says he is and no matter how many tests he passes. A man with that injury history you do have to look at the bigger picture.

EA: That is a real risk because you do want him fit for Sri Lanka because he will be a real asset there. Luckily after Sri Lanka he can have quite a substantial break if he does not play very much – or any – county cricket. He may play a couple but he is not doing IPL, is he? There is a nice little two-month gap.

They want to win the series, don’t they? And they want to win it convincingly. The other thing you have got to keep in mind, and this is really dull, is World Test Championship points because you know there are 30 points up for grabs for each win in this series. They are trying to keep themselves in the hunt. I know Australia and India have really pulled away but England are quite clear that they want to be in that final.