Sky Sports pundits Nasser Hussain and Michael Holding were involved in a heated exchange on air about the ban handed down by the ICC to Kagiso Rabada.

The South Africa fast bowler was handed a fourth demerit point in a 24-month period, adding up to a one-game suspension, for his celebration after dismissing England captain Joe Root on day one of the Port Elizabeth Test.

Hussain and Holding were joined by Ian Ward during the lunch break on the second day to discuss the ban. Though Hussain was critical of Rabada’s actions, given that he was close to a ban and the harshness of the ICC’s code of conduct, he felt his actions in this instance didn’t amount to a breach and therefore didn’t warrant punishment. 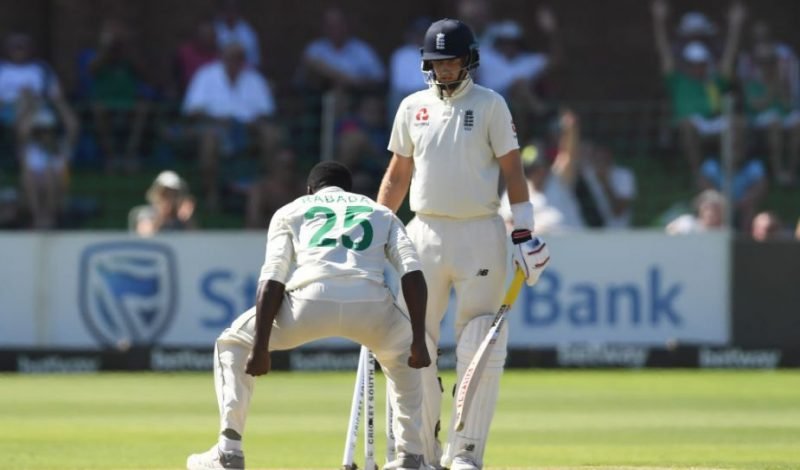 “Looking back, he is a continual offender, a repeat offender, and hence is very silly and very stupid to do something like that. Why would you do something like that when you’re on your last warning?” said Hussain. “This lad has had no physical contact, he hasn’t said a word. He’s shown some emotion for bowling a jaffa. I tell you what, let’s have 11 robots out there. Let’s take emotion out of them.”

Hussain was also critical of the sanctimony of commentators who he felt had forgotten the heightened emotions involved in Test cricket.

“You can sit in an air-conditioned comm box and be really righteous and say, ‘oh calm down, isn’t it a lovely game?’” he said. “We know it’s not a lovely game. All three of us have played Test cricket. We know how much toil it takes out of you.”

Holding however felt that Rabada’s actions of invading Root’s personal space were enough to justify handing down a demerit point.

“You control your emotions,” he said. “When you have the bat in your hand you smash it for four, you don’t run up into the bowler’s face. When you get someone out you celebrate with your teammates, you don’t run and invade the batsman’s space, Nass. That is not the way the game should be played.”

To demonstrate his point, Holding got up close to Hussain. “You want me to invade your space like that?” he asked.

Related Story: Brearley: Ben Stokes should take over the England Test captaincy from this summer

Meanwhile, Ward, hosting the discussion, looked on, and took to Twitter afterwards to express his befuddlement at the exchange. “What’s happening?” he tweeted, with a picture of Holding and Hussain in close quarters.