After England’s defeat in Centurion, the Wisden Cricket Weekly Podcast panellists ask whether Sam Northeast would have represented a more pragmatic pick as a reserve batsman ahead of Jonny Bairstow and Zak Crawley for their tour of South Africa.

Bairstow, having been left out of the touring party to New Zealand, made a return to the playing XI after Ollie Pope fell ill prior to the start of the first Test of the series. Bairstow endured a tough Test match, scoring just 10 runs across the two innings bringing his Test batting average across 2019 down to just 18.55. He was selected ahead of Crawley, a 21-year-old top-order batsman with a first-class batting average of less than 31, who played in England’s most recent Test in Hamilton.

Wisden Cricket Weekly Podcast regulars Jo Harman and Yas Rana discussed whether Sam Northeast, a batsman who has averaged over 50 in three of the last four seasons of County Championship cricket, should have been picked ahead of Crawley and Bairstow in England’s squad for the ongoing South Africa series:

Yas Rana: I have a lot of sympathy for Bairstow. When he was dropped in September, Ed Smith said: “There’s a real opportunity for him to reset and focus on how he can go about becoming a really top Test match player again.” Since Ed Smith said that, he’s faced a grand total of zero balls in first-class cricket. I think this was a totally avoidable situation for England and it’s another example of unpragmatic selection. Zak Crawley was picked as the reserve batsman in New Zealand and played after Jos Buttler was injured and one Test later, the 21-year-old has fallen below Bairstow in the pecking order.

It’s as if Bairstow, a guy who averages 18 in Test cricket in 2019, and Crawley, a 21-year-old with a first-class batting average of 30, are the only two possible options to be England’s back-up batsman. 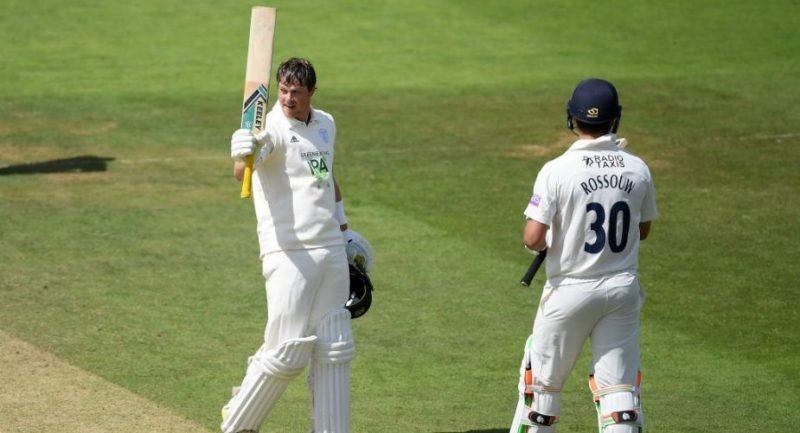 Look at South Africa, Rassie van der Dussen and Dwaine Pretorious both debuted at the age of 30 and both did well, look at Joe Denly (another who debuted in his 30s and has performed well). You don’t always have to be searching for the next big thing.

I honestly can’t believe that Bairstow was selected again. I feel sorry for him. How is he supposed to work on his game when he literally didn’t have a single opportunity to work on his game since he got dropped? What’s wrong with picking, I know it’s an unsexy option, Sam Northeast as batting cover. Surely there’s more capable cover in the short-term than Bairstow and Crawley.

Jo Harman: I think they tied themselves in knots with their squad for the New Zealand tour. I was there when Ed Smith announced that at Lord’s. There was this feeling that because it wasn’t the World Test Championship, it wasn’t quite even a first choice squad. It was a squad specifically for that tour. The feeling then was that Bairstow would always come back in for South Africa. It felt almost like a punishment for not having batted very well, there was never going to be an opportunity to play first-class cricket before the South Africa tour. Obviously work on it in the nets but that’s of limited use, potentially. And then the same with the Crawley pick.

They picked him as a bit of a punt for New Zealand as a chance to get some experience on a tour that didn’t have World Test Championship points on it. Then having been on that tour, it was as if they felt obliged to pick him for South Africa. I don’t think that was the case, I don’t think they had to pick him. I completely agree, they could have taken a much more experienced batsman out there.

Related Story: Michael Atherton: England should pick Harry Brook over Jonny Bairstow at No.5 for the first Test

Personally, the Bairstow pick looks bad now but it didn’t have to be as disastrous as it looked in this Test match. He batted very well in South Africa last time out, even if he was in completely different form at that point. And the thing is, he’s such a good player that there’s this temptation to keep going back to him hoping it’ll all come good. Obviously, in retrospect after that Test match it doesn’t look good. I’m sure Pope will come in for the second Test and you have to wonder how many more Test matches Bairstow will actually play.