Jofra Archer narrowly avoided being removed from England’s attack and barred from bowling for the rest of the first Test against South Africa at Centurion after bowling two high full tosses in succession late on day two.

Nightwatchman Anrich Nortje was forced to take evasive action after Archer’s attempted knuckle balls came out incorrectly twice in a row. The first, close to head height, was called a no ball, and when the square leg umpire raised his arm after the second delivery, it seemed Archer might be in trouble. If both were deemed dangerous by the umpires, the delivery of two full tosses above waist height at any point in the innings will cause the offending bowler to be suspended from bowling for the rest of the innings.

Archer attempts a couple of knuckle balls, but gets it all wrong – he could be in trouble, but a stern chat is ultimately the result…

However, after remonstrations with the officials over the height of the delivery, which dipped late so as to pass just over the stumps, the no ball was rescinded, and Archer will be allowed to resume his spell on the third day. 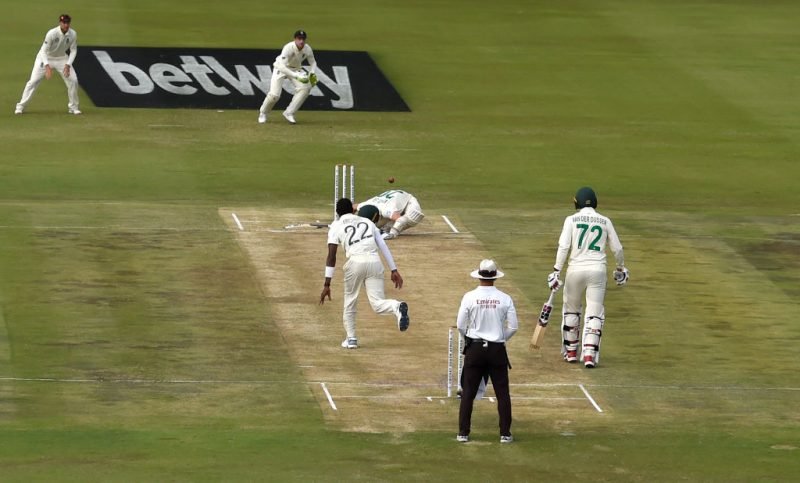 “And I think by the time the umpire Paul Reiffell walked towards [umpire Chris] Gaffaney, he realised ‘Oh perhaps I was a little bit out of order there, perhaps that wasn’t the high, fast delivery that I thought it was originally.’ And then they said ‘OK, let’s let that one pass’.”

Related Story: ‘How are you not a coach yet’ – Jofra Archer hits back at Tino Best criticism

Archer had already had an eventful day, with his figures at one stage reading 2-31 off just 3.4 overs, as South Africa captain Faf du Plessis took the attack to the right-arm seamer before succumbing to the short-ball trap. With South Africa having made it to 72-4 at stumps, leading by 175, England will be glad to have retained the services of Archer as they attempt to get back into the contest.