After whitewashing New Zealand in the T20Is, Virat Kohli’s men had a miserable time of it in the ODIs, succumbing to a 3-0 series defeat.

While Shreyas Iyer and KL Rahul continued to impress, skipper Kohli and Jasprit Bumrah’s failure to leave much of an impact was a significant barrier to any success. Roshan Gede rates how India’s players fared in the series.

Shreyas Iyer was the most consistent batsman in the series, registering scores of 103, 52 and 62 across three games. While his untimely dismissal off a rather extravagant stroke in the second ODI was disappointing, his overall returns mean he has nailed down the No.4 slot. 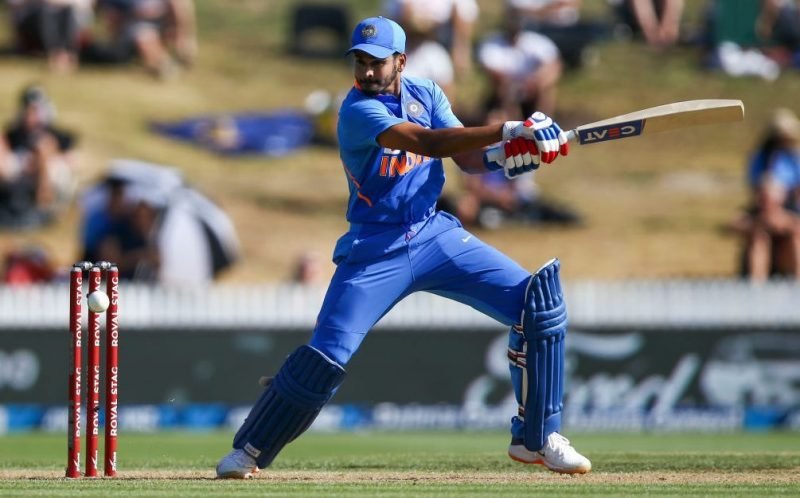 Iyer was a beacon of consistency across the series

KL Rahul, alongside Iyer, stood a class apart in the series for India, returning 204 runs across three games, including a hundred at the Bay Oval, which was a product of solidity combined with a sense of urgency in the middle overs.

In a series which saw a collective failure from the top-order, a rare occurrence for India in limited-overs cricket, Iyer and Rahul’s returns stand as the greatest positives for skipper Kohli.

Much like he did during that World Cup semi-final clash in Manchester last year, Ravindra Jadeja once again proved the goods against New Zealand. His went wicketless in Hamilton, but reinstated his white-ball credentials with a wily spell of 1-35 from 10 overs in the second ODI. That came to the fore in the final game of the series too, where he bowled a fine spell in the middle overs and got the prized scalp of Ross Taylor. 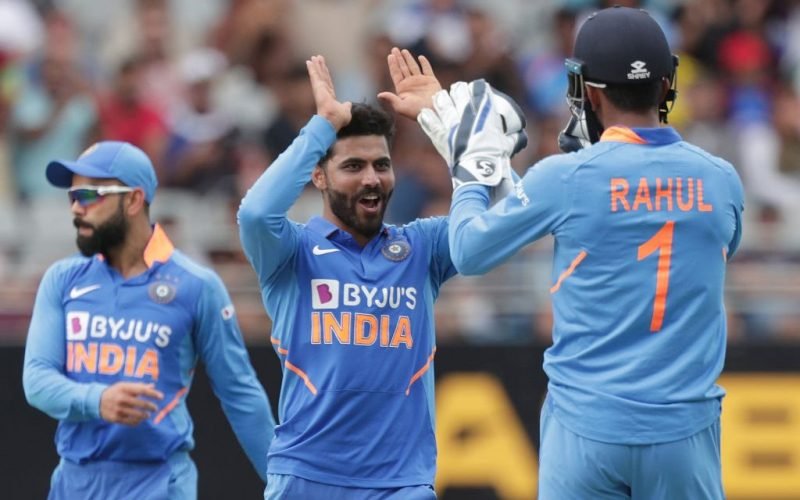 His one genuine chance with the bat came in Auckland, where his calculated half-century revived India’s hopes before his dismissal in the penultimate over marked a 22-run loss and with it, a series defeat.

Yuzvendra Chahal was by far India’s best bowler on show, snaring six wickets from the two games he played in. Replacing Kuldeep Yadav in the second ODI, Chahal bowled a tight spell in tandem with Jadeja and took the key wicket of Henry Nicholls to dent New Zealand’s progress. He followed that with two more, prizing out Mark Chapman and Tim Southee to round off a fine effort of 3-58. He bettered that at the Bay Oval, with figures of 3-47.

Powered by Colin de Grandhomme’s stroke-filled fifty and nurtured by Tom Latham’s unbeaten 32, New Zealand have completed the chase with 17 balls to spare.

Manish Pandey was roped in as a replacement for Kedar Jadhav in the final game of the series and made his presence felt, much like he did in the T20Is. The right-hander hit only two boundaries during his 48-ball 42, which was quite uncharacteristic of his usual style, but the strike rate remained in the high eighties. It was his 107-run stand with Rahul that gave India a solid platform in the final stages, but their untimely dismissals off successive balls resulted in India failing to cross the 300-run mark. He remains in contention for a permanent place at No.6

This was an odd series for the usually sublime Kohli. The skipper managed to cross fifty in the first ODI in Hamilton but two successive failures thereafter rounded off a dismal run, which saw him finish with 75 runs from three innings. In Rohit Sharma and Shikhar Dhawan’s absence, India desperately needed Kohli to fire but his failure hurt them immensely. 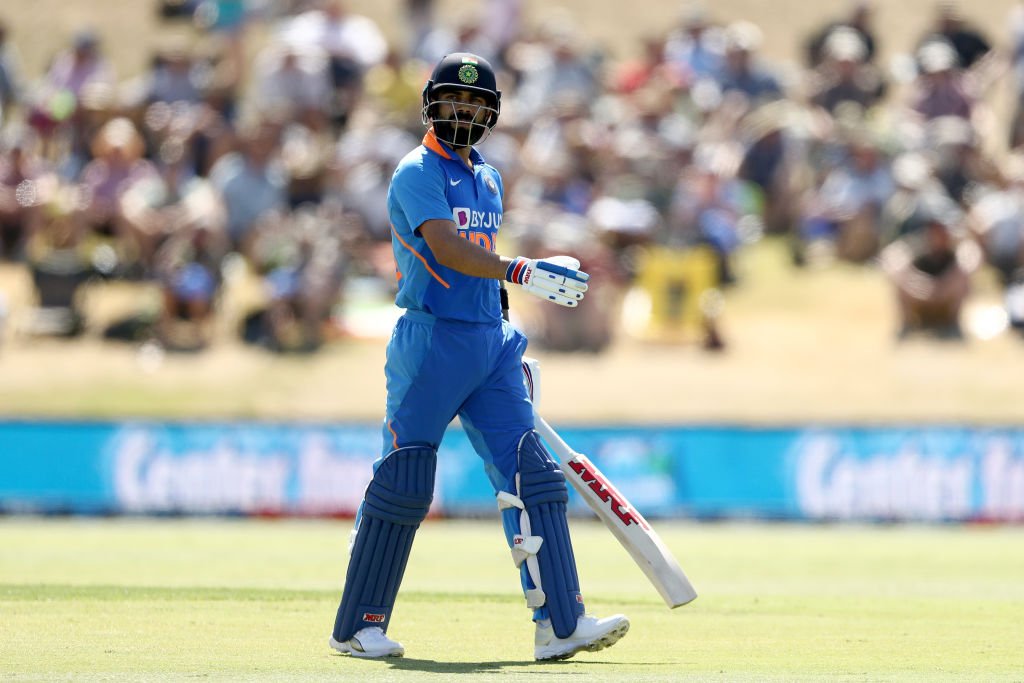 Kohli failed to produce a match-winning knock in the series

Returning to the same shores where he’d lifted the U19 World Cup two years ago, Prithvi Shaw had enjoyed a fine run with India A in their one-day matches against New Zealand A, amassing 255 runs from four innings. That earned him a maiden ODI cap but he failed to make it count into anything substantial, despite showing signs of promise in each of the three games with scores 20, 24 and 40. The fact that more than 71 per cent of his runs in the series came in boundaries was reflective of his positivity, but that did little to help India’s cause. With India’s top-order a formidable once, such chances won’t come so easily in the near future

Navdeep Saini replaced Mohammed Shami in Auckland and bowled with great control, but had little to show with nothing in the wickets column. He couldn’t quite carry that into the final game, conceding 68 from eight overs. His finest hour in the series, though, came with the bat during India’s run-chase in Auckland, where he pulled off some extravagant strokes and scored 45 off 49 while batting at No.9 to revive India’s hopes of victory.

Kedar Jadhav did what was needed of him in the first ODI, scoring an unbeaten 26 off 15 to help India finish strongly at 347-4. He had a great chance to reinstate his case in the second game when he walked in at 71-4 in a chase of 274. However, he struggled during his 27-ball stay and eventually perished playing a lose shot when on 9.

Have teams decoded the Jasprit Bumrah threat? New Zealand appear to have done so. India’s fast-bowling spearhead, who is also the top-ranked ODI bowler in the world, did bowl well in patches but was far off from the standards he’s set for himself. He went wicketless in the series, as he did in two of the three home games against Australia last month, thus extending a lean patch.

Shardul Thakur was taken to the cleaners in all three games, and his economy read 8.06 by the end of the series. He began well in the second game, bowling tight lines to both openers, before getting the wicket of Tom Blundell and Colin de Grandhomme in his later spells. A 17-run over at the death, however, somewhat ruined his overall returns. In the final game of the series, he got the well-set Nicholls for 80, but the wicket was more a result of the batsman’s poor execution than the bowler’s brilliance. He conceded 87 from his 9.1 overs, 39 of which came off his last 13 balls.

Mayank Agarwal, who had a fine beginning to his Test career in 2019, had a starkly different one to his ODI career. The right-hander could only manage scores of 32, 3 and  1 in the series. He impressed in the first game, striking six fours during his 31-ball stay before he smashed a loosener from Southee straight to backward point. He was undone by New Zealand bowlers’ brilliance on the next two occasions.

He now has an opportunity to make his presence felt in the two-match Test series, the first of which begins on February 21 in Wellington.

Barring the two-wicket taking deliveries, Kuldeep Yadav didn’t quite look at his best during the first ODI in Hamilton. The visitors used the shorter boundaries to their advantage and scored freely off the left-arm wrist-spinner. The fact that Jadeja didn’t have the best of outings either, didn’t help his cause.

Shami was poor in the first game of the series, conceding 63 from 9.1 overs while managing to buy the lone wicket of Jimmy Neesham in the later stages of the game.

Four writers have their say