A video of a dropped catch by India skipper Virat Kohli was described as a “brilliant fielding effort” on the BCCI’s own website.

The moment came in the 17th over in the England innings, with England captain edging his first delivery to Kohli at first slip. Kohli looked to have taken the chance cleanly, before spilling the ball as he hit the ground.

Kohli had Morgan momentarily confused as the England captain was left stranded in the middle of the strip presumably under the assumption that Kohli had taken the catch. Kohli took a shy at the stumps but missed with Morgan well out of his ground.

A video of the moment was later uploaded to the BCCI website, it was headlined: “Virat Kohli’s brilliant fielding effort in the slips.” The description of the video read: “Caught it but the ball trickled out of his hands upon the elbow’s impact with the ground. Great effort and full marks on the sportsman spirit from Virat Kohli.” 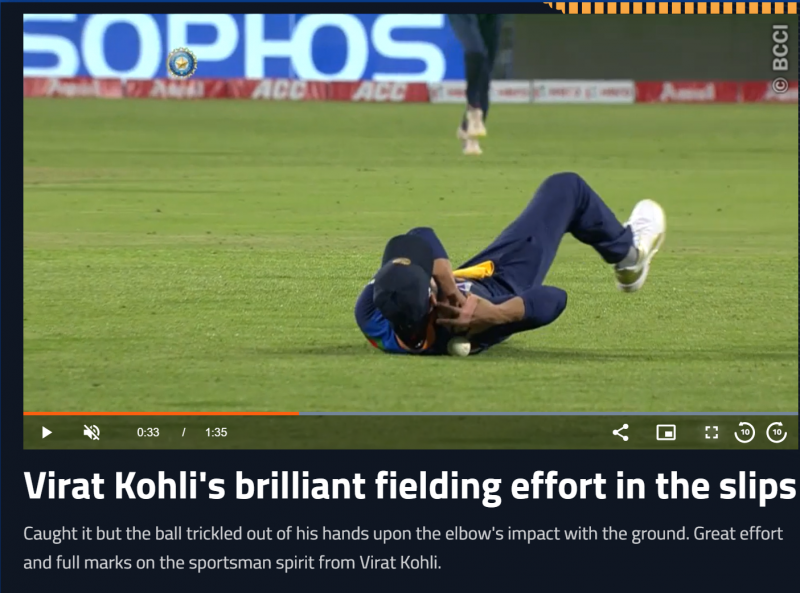 A screenshot of the Kohli drop on the BCCI site

After the ball hit the ground, Kohli was quick to communicate to the umpires that he definitely did not take it cleanly.