Virat Kohli pulled off a stunning catch at cover in the deciding ODI between India and Australia to dismiss Marnus Labuschagne – and celebrated in inimitable style.

Kohli put in a dive to his right at cover and was parallel to the ground when he snapped up Labuschagne’s drive, off the bowling of Ravindra Jadeja.

The wicket came at a crucial time for India. Labuschagne had just got to his maiden ODI fifty and along with Steve Smith had taken the partnership past 100. Then, in the third ball of the 32nd over, Jadeja got the breakthrough.

Coming as it did after he’d thrown his body around to contribute several stellar bits of fielding inside the circle, Kohli’s efforts were greeted to loud cheers from an adoring public at the M Chinnaswamy stadium. He acknowledged the adulation in signature fashion, silencing the batsman with a finger to his lips before doffing his cap and taking a bow to the crowd.

Watch the effort and the celebration here. 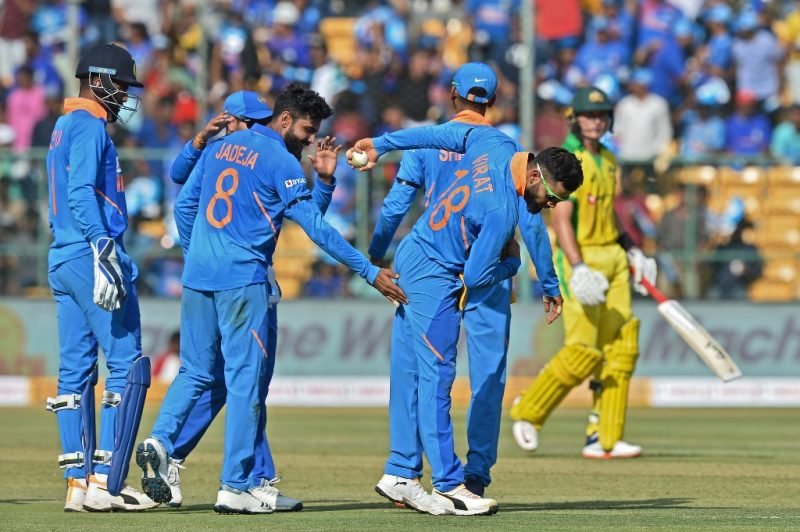 The effort came in for praise from the experts.

Manish Pandey in Rajkot, Virat Kohli today. Two great catches. And thanks to the camera angles and cameramen, we can enjoy them more.

What. A. Catch. Which followed a couple of outstanding saves that kept Marnus on strike. #Kohli #IndvAus

As for fans, they noticed a shadow that was the perfect metaphor for the standards set by the Indian captain on the field.

Virat Kohli was on air to take that stunner and his body created a running cheetah shadow on field what he actually is.#INDvsAUS pic.twitter.com/mDrJDU3c9y