Aaron Finch starred with the bat in a record stand with David Warner as Australia trumped India by 10 wickets in the ODI series-opener in Mumbai. However, it was the captain’s tactical brilliance on the field, which he has shown on many occasions previously, that set the foundation for the win.

As much as Australia deserve praise for their discipline and quality with the ball, the role of their skipper can by no means be discounted. After all, it’s Finch’s wise use of resources that has been yielding some great results for the fourth-ranked ODI side over the past 10 months.

On Tuesday, January 14, Australia bagged just one wicket in the first 27 overs, after having put India in to bat at a traditionally high-scoring venue. But once they got the opening, with Ashton Agar removing the set KL Rahul for 47, the visitors took complete control, never allowing India to bounce back.

The duo shared a 258-run stand, the best ever for an opening pair against India.#INDvAUS pic.twitter.com/AntRNZr7E1

India lost Rohit Sharma in the fifth over to Mitchell Starc, before Shikhar Dhawan and Rahul rebuilt with a 121-run stand for the second wicket. That, however, didn’t blow up into something more threatening for the visitors, as the duo weren’t allowed to score as freely as they would’ve liked, with India progressing at under five an over for most of their innings. Even when spin came along, in the 13th over, Rahul and Dhawan, who would’ve fancied their chances against Adam Zampa and Ashton Agar, were kept at bay by the smart field placements.

Finch seemed to have identified the scoring areas for India’s batsmen, and stationed fielders at the right positions, with his bowlers standing equal to the task. For Dhawan, Finch had the long-leg fielder relatively square, with deep midwicket in position, asking the left-hander to go for the cross-batted hoick against Zampa. Dhawan had middled a few sweep shots earlier, but to his disappointment, he found the fielder on each of those occasions. He did squeeze one through the gap, but that couldn’t get him going, as the pressure kept mounting thereafter.

For one of Rahul’s strong scoring zones, the one in front of square on the off side, Finch had the sweeper cover fairly straight and two catching men at short extra cover, leaving the batsman with very little space to work with. The right-hander, who had blasted 91 off 56 balls at the same venue in the T20I series-decider against West Indies a month ago, could fetch just one boundary from the 35 balls he faced against spin.

Adam Zampa is now the joint third most successful bowler against Virat Kohli in ODIs.https://t.co/78nTbcoMiy

When his opposite number, Virat Kohli, walked in, Finch brought back Pat Cummins, his pace spearhead, who bowled full and wide outside off, with a wide slip in place. It was an attacking tactic against Kohli, tempting him to go for the drive rather than a dab towards third man early in his innings. While that ploy didn’t work, Finch kept Zampa in operation, and the legspinner got the better of Kohli yet again.

While Warner and Finch could be credited for their onslaught that shut the doors on an Indian fightback throughout the modest chase, both captains were quick to identify the decisive phase of the game. “It’s a very strong Australian team, and if you don’t play well enough, they will hurt you,” Kohli said after the loss. “In phases, we were too respectful against their bowlers, and didn’t take the game by the scruff of the neck.”

Warner breaks 28-year old record to become the fastest Australian to 5,000 ODI runs. Click here to find out whom he went past. https://t.co/uLJ1OMPsIt

“I thought the way we fought back in the middle overs with the ball had a huge part today,” Finch echoed. “The way KL and Shikhar were batting, they could have gone to a much bigger score.”

This isn’t the first occasion when Finch’s tactics has paid rich dividends. During the World Cup last year, it was his smart rotation of the bowlers that helped Australia defend below-par totals against West Indies and Pakistan at Trent Bridge and Taunton, two of England’s most batting-friendly venues, respectively. While the timely introduction of Mitchell Starc got rid of the hard-hitting trio of Andre Russell, Jason Holder and Carlos Brathwaite in quick succession in Nottingham, Pakistan’s chase in Taunton was dented by Cummins and Kane Richardson in the middle overs, after the skipper himself had weaved some magic to get past the well-set Mohammad Hafeez. The results prompted Michael Vaughan, England’s former Ashes-winning captain, to label Finch as the best captain in the tournament at that juncture.

"He got a lot of things right in the field, in terms of squeezing at the right time, putting the catchers in at the right time and then spreading them out when a partnership started to develop."

“I have to say Aaron Finch, so far in this tournament, has been the best captain tactically,” Vaughan had told the BBC then. “I think he maneuvered his team against the West Indies well to win that game. And just over the last hour [against Pakistan], when it started to get a little bit panicky for Australia, he manoeuvred his bowling attack, knowing that he had to get these overs of spin [in]. That’s what you have to do as a captain.

“He got a lot of things right in the field, in terms of squeezing at the right time, putting the catchers in at the right time, and then spreading them out when a partnership started to develop. I thought he was outstanding as a captain.” 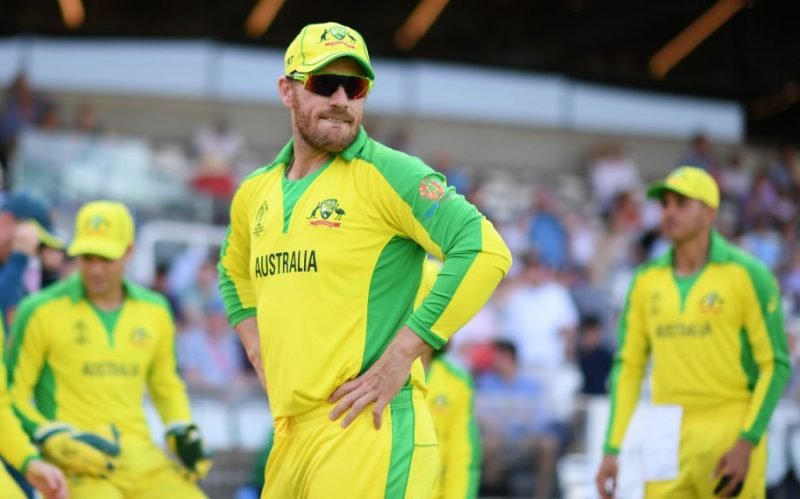 Australia gained confidence from the wins, defeating the eventual finalists England and New Zealand later in the round-robin stage, before they were undone by their Ashes rivals in the semis. Earlier last year, Finch had led Australia to their first ODI series win in India since 2009, as they bounced back after losing the first games to win three on the trot. They won five more against Pakistan to complete a series whitewash in the UAE. Finch had also demonstrated his captaincy nous in the 2018-19 Big Bash League, where his smart tactics helped Melbourne Renegades defend a modest 145-5 in the final against the Stars.

Finch’s win percentage of 70.83 in ODIs since the start of 2019 is only behind Eoin Morgan’s 75%, with England having played four games lesser than Australia in that period. It’s been a stellar turnaround for the Victorian, who lost eight of his first ten games as captain, before winning 16 of the next 19. His batting contributions in the same period have gone hand in hand with his team’s results, as he averages an impressive 74.75 in wins, as opposed to 15.63 in losses.

Related Story: Smith or Labuschagne? Maxwell or Stoinis? – Who fits into Australia’s best XI for the T20 World Cup?

Finch was appointed as the regular limited-overs skipper after Steve Smith had been banned, following the Newlands ball-tampering episode in March 2018, with Tim Paine taking over as the Test captain. While Paine has had a fine run in the longer format himself, having helped his side to an Ashes-retaining draw in England, Finch’s ODI record thus far, of 18 wins in 29 games, reads far better than Smith’s 25 wins from 51. It stands to reason that the change in leadership, no matter the reason, was for the best.