South Africa’s Faf du Plessis is offering no guarantee that he will continue as captain, after his side plays its final World Cup 2019 match, against Australia, on Saturday.

The Proteas have had a tournament to forget, with just two points from eight games, resulting in their early exit after a defeat to Pakistan on June 24. From injury issues to key members of the squad, to none of their batsmen crossing 300 runs, or scoring a century throughout the tournament, there have been several reasons behind South Africa’s failure to go past the league stage.

Du Plessis himself has been their best batsman of the tournament – with 287 runs at 57.40 – but doubts over his captaincy have increased after their early exit, and it remains to be seen whether the 34-year-old is willing to continue in the role.

"It's a case of taking some time off and reflecting on what the future is like for me and what my purpose is going forward."

“My plan for myself was to commit fully to the World Cup and not even think of anything else,” said du Plessis at Old Trafford on Friday. “I didn’t want my mind to start drifting into the future. I wanted to be completely present.

“Right now, is possibly not the best decision to be making decisions because you are disappointed. You don’t want to be in this mode when you’re making career decisions.”

“It’s a case of taking some time off and reflecting on what the future is like for me and what my purpose is going forward.”

After a much-needed break that could help the side seek answers to their World Cup failures, South Africa will tour India in October, where they will play three T20s and three Tests, the latter being part of the new Test Championship. Du Plessis is happy with his own form and is looking forward to the break. 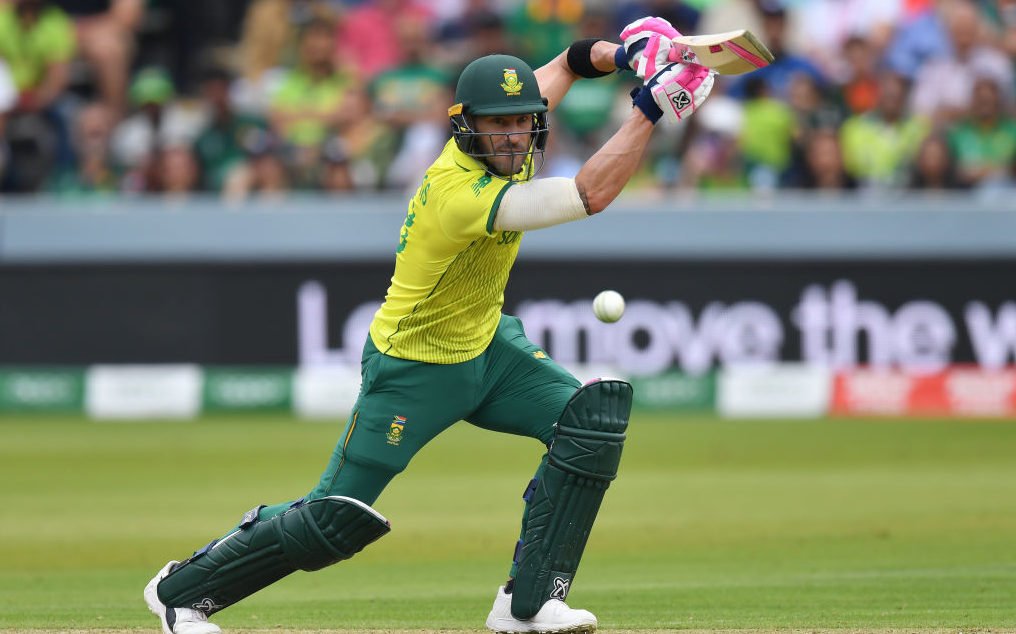 Faf du Plessis has made three half-centuries in the tournament

“I feel in terms of my own game, the last year is the best that I’ve ever played,” he said. “Performance-wise, there are no question marks there. It’s just making sure there is a lot of purpose to what I’m doing in my cricket.

“I’ve had huge belief the last year and it’s been very easy for me to not even consider anything else, because my purpose in captaining this team has been so strong. I didn’t even think about anything else. I’ll spend two or three weeks to look at what the future holds for me for the next year or two.”