This article was brought to you in association with Wisden’s official betting partner, bet365. For all the latest England vs West Indies odds and in-play markets, visit bet365

West Indies captain Jason Holder tried to take time out of the final day of the second Test against England at Emirates Old Trafford with two of the most ‘optimistic’ reviews you will ever see.

In truth, it seems unlikely he thought he had any realistic hope of overturning the pair of ‘not out’ lbw decisions, with both pitching a significant distance outside leg-stump. With his side needing only a draw to retain the Wisden Trophy, and with England well ahead going into the fifth day, Holder was almost certainly trying to stall for time. 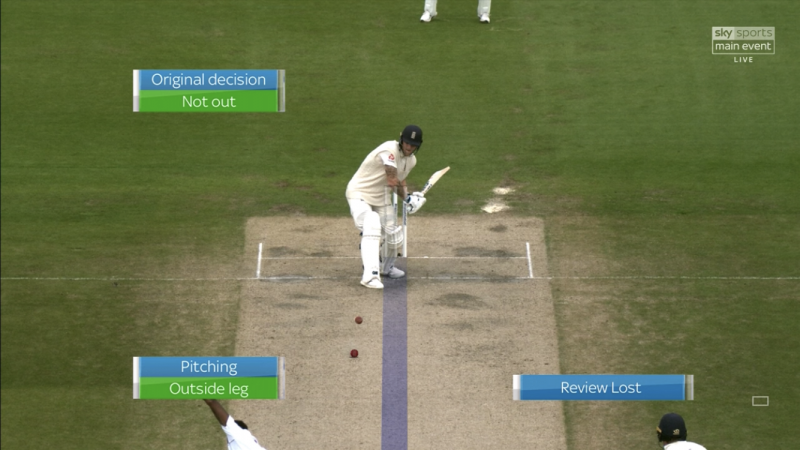 As Sky Sports Cricket commentator Nasser Hussain pointed out, any attempts to do so will almost certainly prove futile, with no cut-off time for when the scheduled overs need to be bowled on the final day.

“Jason Holder is trying to use these reviews to take time out of the game, but I’m afraid, Jason, you’re going to have to bowl the overs,” he said. “Last day of a Test match you have to get through the overs. Maybe he’s waiting for bad light or some rain towards the end. Last day you have to bowl those last 15 overs and get through the overs. Try to take time out of the game and use the review system, probably not your best option.” 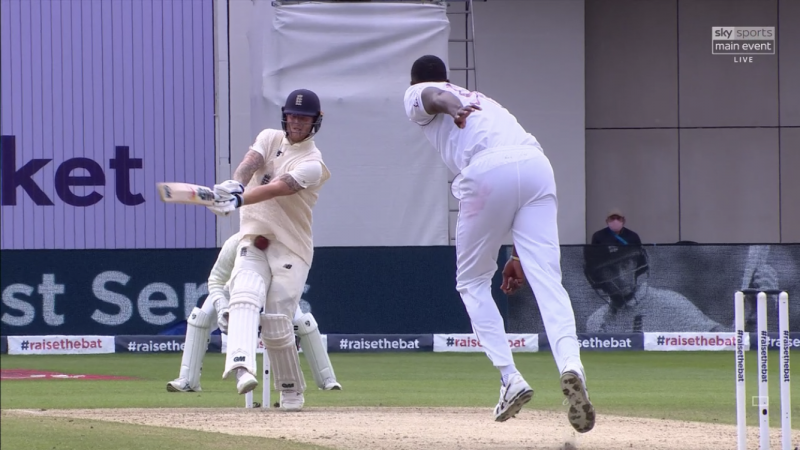 Stokes was hit in the groin before Holder reviewed

The first review was the most optimistic of the lot, and might well have pitched outside of a second set. Cricket was very much the loser, with Stokes struck in the groin after missing a wild hoick. In the space of 11 balls, Holder burned all three reviews, with that number having been upped by the ICC before the series to make up for the presence of non-neutral, non-elite panel umpires to mitigate the need for match officials to travel overseas, and commentator Michael Holding criticised both the presence of the extra review and the West Indies’ misuse of them.

Related Story: Carlos Brathwaite: England’s final hour victory push ‘disrespectful’ to West Indies
“West Indies have no reviews, so if they really need one in the next couple of overs, especially against Stokes, they won’t be able to use it,” he said. “They won’t have any to use. That’s the problem with giving teams all these referrals. They use them tactically, rather than using them when they should. They were meant to correct blatant mistakes, not to be guessing or hoping.”