If we’re to judge a cricket captain on how regularly they win matches, then Joe Root is England’s best Test skipper since Mike Brearley. The series-clinching victory against West Indies at Emirates Old Trafford was Root’s 22nd as captain, from 41 matches, putting his win percentage (53.66) ahead of Michael Vaughan’s (50.98) and leaving Andrew Strauss (48) and Alastair Cook (40.67) in his wake.

Root is now just four wins short of Vaughan’s all-time England record of 26, having captained in 10 fewer games, while Brearley is the only English skipper of the last 50 years with a superior win percentage.

These are striking statistics for a captain whose position was under some scrutiny only a few months ago. But of course they don’t tell the whole story. Under Root’s leadership England have lost 15 Tests, including three series defeats in Australasia, another in the Caribbean and a first failure to beat Australia on home soil for 18 years.

His lose percentage (36.59) is significantly higher than Vaughan (21.56) and Strauss (22), and higher even than Nasser Hussain (33.33) and Graham Gooch (35.29), who led less-gifted sides at a time when Test cricket was generally more competitive across the board.

It’s a record which is tricky to assess, in much the same way that Root’s captaincy style has been difficult to define for much of his three-and-a-bit years in the job.

Following England’s innings defeat to New Zealand at Mount Maunganui last November, Michael Vaughan wrote in his column for The Telegraph: “You watch this Test team and are still not sure of their identity, how they want to play, or their tactics. That is the captain’s responsibility.”

A draw and a loss followed, but since then Root has captained England to five consecutive wins, the last-gasp, Stokes-inspired victory at Cape Town in January a potentially crucial turning point in his tenure, arriving just as speculation was mounting about his future.

There are signs, too, that Root’s team is developing a clearer identity, with fewer positions up for debate (leaving aside the pace-bowling selection conundrum, which is a luxury for any skipper to have) and a more pragmatic approach to batting that is beginning to breed positive results. If England are able to overcome Pakistan in the next few weeks, it will be the first time they’ve won three Test series on the bounce since the run which took Strauss’ side top of the world rankings in 2011.

Mike Brearley, who led England to 18 wins from 31 matches between 1977 and 1981, including three Ashes series victories, has been impressed by Root’s leadership skills, on and off the pitch. 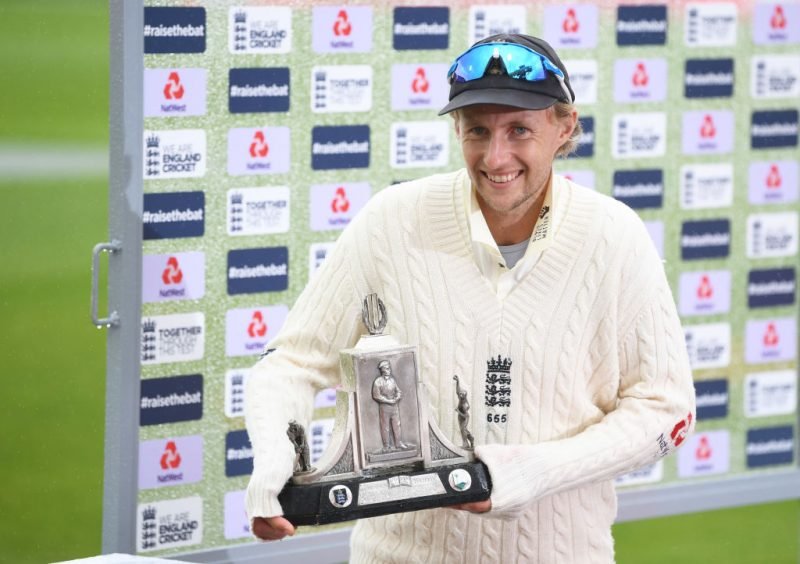 “I’ve got a lot of time for him,” the former England captain tells Wisden.com. “He’s shrewd, enthusiastic, passionate. I think he’s got the interests of everyone in the team at heart, as well as the team as a whole. He’s doing very well.

“I’m not sure it has been a completely easy team to captain. I think that the old group – Anderson, Broad, maybe one or two others – were probably a little bit difficult. I don’t mean unpleasant but a little bit that they like to do it their way. It wasn’t easy for a young fellow to tell them what field to have and I think he’s had to make his mark in that area.

“I think Ben Stokes has probably helped, as indeed Ian Botham helped me in a similar sort of way. Ben Stokes is also a leader of men, and completely unselfish – as Ian Botham was – and only interested in the side’s wellbeing. Enthusiastic, optimistic, effervescent, always wanting to attack.”

Brearley refers to the luck that all good captains require, not least in the 1981 Ashes series which secured his legacy, and Root is certainly fortunate to have not only the most complete cricketer in the world at his disposal, but a formidable stable of fast bowlers, the like of which English cricket has rarely seen. How Root manages those riches (and egos) in the months and years ahead will be central to the team’s success.

“I think they’re probably the best collection of England fast bowlers for decades,” says Brearley. “We had Botham, Willis, Hendrick, Old, Lever – all very good bowlers but there’s not quite an Archer there, not quite a Jimmy Anderson. And Broad, too. They’re fantastic bowlers. Chris Woakes is no slouch either and there’s Mark Wood who can bowl at 95 miles an hour. They are remarkably good.” 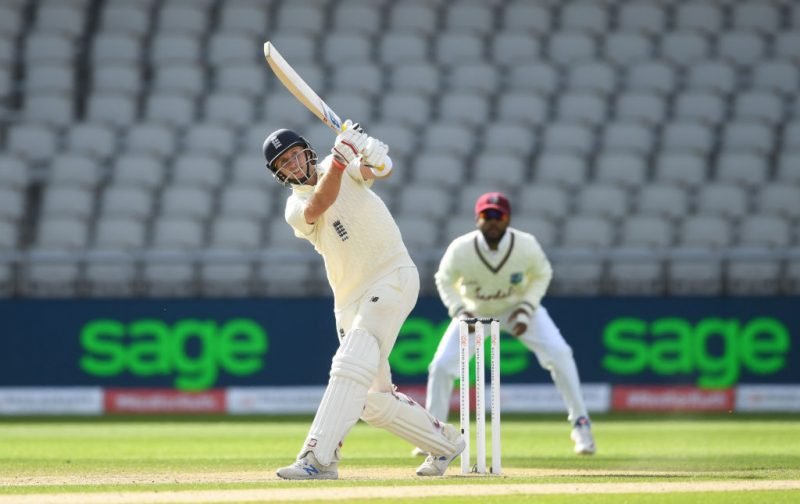 Joe Root made a carefree half-century in the third Test

After the extraordinary exertions of last summer, which understandably left Root and several of his teammates fatigued, some time out of the game – extended by the birth of his second child – appears to have done him good. He looked like he could barely contain himself as he bumped elbows with Jason Holder ahead of the second Test at Old Trafford; reminiscent of the pre-captaincy Root, who tended to hang a little looser than the more serious-minded version of himself we’ve seen since his promotion to the top job.

Of course it helps when your team post substantial first-innings scores, ‘Mr Incredible’ continues to pull off superhuman feats and England’s greatest-ever fast-bowling partnership feel like they have a point to prove, but Root captained with verve and imagination against West Indies.

In the second Test, the conviction he showed in sending Stokes and Jos Buttler out to open the batting in England’s second innings was rewarded the following morning when the hosts belted 92 in 11 overs to leave enough time to force a victory. And his own quickfire 68* in the series-decider – leading to a declaration on day three which allowed for two crucial wickets before stumps – helped ensure the fourth-day washout didn’t prove terminal to his team’s chances of winning back the Wisden Trophy.

Alastair Cook once said it took him three years in the job before he felt comfortable as England captain. Root, having passed that point in February, now looks settled in the role. Crucially, and probably not unconnected, his batting appears to be on an upward trajectory again, averaging 48 across his last 20 knocks, with eight 50-plus scores in that time – even if those three-figure scores remain more elusive than he would like.

The cult of the leader which swirled around Brearley, Hussain, Vaughan and Strauss will probably never apply to Root – it’s not really his style – but he could yet be remembered as one of England’s greatest captains.

A 4-1 home triumph over India, then ranked No.1 in the world, and overseas victories in Sri Lanka and South Africa stand out as notable highlights on his captaincy CV. And his side remain in the mix to qualify for the World Test Championship final, scheduled to be played at Lord’s next summer. Ultimately though, Root’s legacy is likely to be determined by how his side perform over the next two winters, first in India, where the hosts haven’t lost a series since England’s triumph in 2012, and then, most pertinently, in Australia.

As Brearley can attest, it’s Ashes wins which cement the reputation of an England captain. On his previous visit to Australia, just seven months into the job, and having captained in only 11 first-class matches prior to the tour, Root didn’t really stand a chance. Shorn of his star all-rounder and handed a battery of peashooters to counter the hosts’ heavy artillery, it was morbidly fitting that Root was asleep in the SCG dressing room, suffering the effects of gastroenteritis and severe dehydration, as the last rites of the 4-0 drubbing were read.

Related Story: Quiz! Name every captain Joe Root has played against in Test cricket
In 15 months’ time, Root will head to Australia with his eyes wide open – firmly ensconced as captain and leading a side shaping up to give their hosts the stiffest challenge they’ve faced from an England touring party for a decade. Lose there, however, and that win percentage will feel largely immaterial.

Spirit of Cricket: Reflections of Play and Life by Mike Brearley is published in hardback by Constable, £20