England take on India in the first Test of the five-match series at Trent Bridge, Nottingham, from August 4 – here’s the preview, with probable XI, pitch conditions and Dream11 tips.

India will be looking to win their first Test series in England since 2007, having lost the series on their last three visits. The side is coming off a loss to New Zealand in the World Test Championship final, who also beat England 1-0 in a tw0-match series in June.

India have been dealt with injury issues ahead of the series opener, with Shubman Gill, Washington Sundar and reserve player Avesh Khan all being forced to leave the squad. Mayank Agarwal has also been ruled out by concussion at the last minute.

For England, Ben Stokes will be a big absence after he decided to leave the squad and take a break from the game. They are also without Chris Woakes and Jofra Archer through injury, with Ollie Pope also an injury doubt.

The complete squads for the Eng vs Ind Test series can be found here.

You can check the full list of TV and live streaming details for the Test series here. 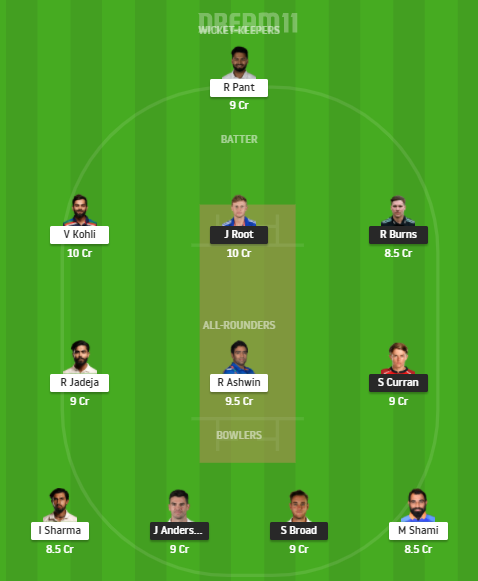 The last Test at Trent Bridge was, incidentally, the England-India Test from the 2018 tour. The ground has historically assisted seam bowling (Stuart Broad famously claimed 8-15 here). Only thrice in the last ten years have teams crossed 400, with England losing both their games in the period.

Early images of the pitch showed a uniform tinge of green on the surface, but the deck could get a trim closer to the match. There’s a likelihood of light rain from day two to day five, with the chance of precipitation ranging from 40 to 60 per cent during match times on those days.