India all-rounder Vijay Shankar’s World Cup has come to an end, after he sustained a fracture on his left big toe while training. Mayank Agarwal, the Karnataka batsman, will join the squad as replacement. Agarwal is expected to fly out to England later this week.

A BCCI statement revealed that Shankar “sustained a non-displaced fracture of the left big toe, which will require a minimum of three weeks to heal”. Vijay sustained the injury when he was hit by a Jasprit Bumrah yorker at the Southampton nets on June 19, ahead of India’s match against Afghanistan.

The incident was initially not perceived to be serious, and Vijay took part in the June 22 clash against Afghanistan, as well as the match against West Indies that followed. But according to the BCCI release, Vijay’s condition worsened after the Afghanistan game, and he sat out of the match against England, which India lost by 31 runs – their first defeat of the tournament. 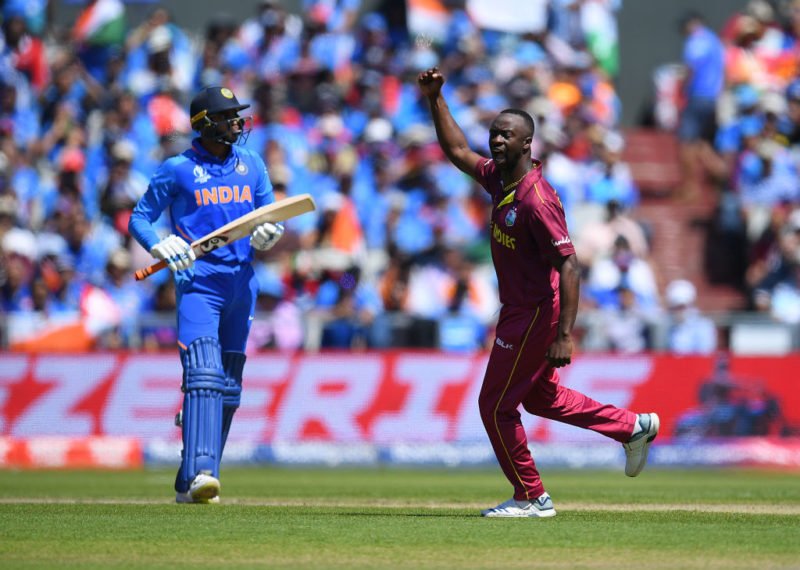 In Vijay’s absence, Rishabh Pant made his World Cup debut, and is set to be the preferred candidate for India’s highly-contentious No. 4 position, with assistant coach Sanjay Bangar having already noted that Pant’s left-handedness gives him an advantage and India’s XI some balance.

The selection of Agarwal, who wasn’t among the five stand-bys named when BCCI announced the original World Cup squad, has perhaps been influenced by another injury concern, as KL Rahul hurt his hip while fielding at the boundary against England. Rahul had a rough landing after making a leaping attempt for a catch and spent a considerable part of the England innings out of the field, although he did come out to bat at his usual spot at the top of India’s order and was dismissed for a nine-ball duck.

Related Story: Where are India’s 2020 U19 World Cup finalists now?

Though Bangar has indicated that Rahul is fit, Agarwal doubles up as a back-up opener should Rahul not be able to take the field. Agarwal has considerable experience opening the batting for his domestic side Karnataka. It is also the position he played at on international debut, in the Boxing Day Test of 2018, when he made 76 in his first outing against a high-quality Australian attack.

Agarwal has not yet played a limited-overs match at the international level, but has enjoyed rich returns in the domestic circuit, where he has played 75 List A games, amassing 3605 runs at 48.71. The runs include 12 centuries, 14 fifties, and a best of 176.