Rohit Sharma has counselled India’s pace bowlers against going overboard with a short-pitched bombardment when they take on Australia at The Oval in Sunday’s World Cup match.

The Aussie top order was given a working-over by West Indies’ in-form quicks at Trent Bridge, where they had to recover from 79-5 to post a 288 total which proved good enough for a second victory of the tournament.

Assistant coach Ricky Ponting was sufficiently concerned to pencil in a sit-down with the likes of Usman Khawaja, who has taken more than one blow to the helmet in recent weeks.

And India have bowlers capable of repeating the treatment, none more so than Jasprit Bumrah, whose opening spell against South Africa on Wednesday accounted for Hashim Amla and Quinton de Kock.

Speaking to the media ahead of the game, Rohit said, “Short balls for anyone are not easy. Someone who can hook the ball also finds the short ball difficult.

“[But] we don’t want to get carried away with the short ball. Most of the batters get out playing the good-length ball, so it’s important we bowl that length as well.”

Rohit carried India to victory in their opener with an unbeaten century which Virat Kohli afterwards suggested was his team-mate’s best ODI innings – no empty accolade given his 23 tons include three scores above 200.

“All cricketers want to start well in the World Cup,” said a slightly more circumspect Rohit. “You have to respect the conditions [so] it was one of the best innings I have played.” 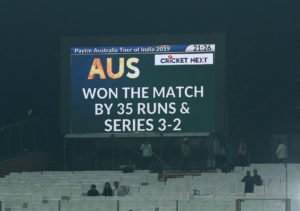 The opening batsman failed to get to three figures during March’s closely-contested ODI series against Australia in India, where the tourists’ came from 2-0 down to win the five-match series.

Ahead of Sunday’s game, Aussie skipper Aaron Finch said, “Winning three games in India was amazing for our self-confidence. Whenever you play against India, you have to believe you can beat them.”

Both sides come into the game with unbeaten records in the tournament, although India have played one game to Australia’s two.

There’s plenty of recent form to pore over, and the stats suggest nothing other than an even contest in south London given the sides’ record in ODIs over the past 12 months stands at 4-4.

Australia do carry the momentum in meeetings between the two, though, having come from 2-0 down to win March’s series on the subcontinent 3-2.

It’s not just Zampa’s attacking leg-spin which is smart: earlier this year the Aussie was at pains to deny suggestions Kohli is his ‘bunny’ despite removing the great man five times in international cricket. 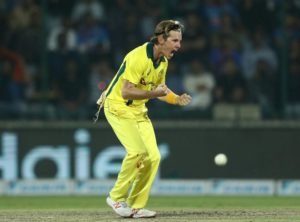 Riling a batter of Kohli’s rare calibre is seldom a wise move, and it’s worth pointing out that the India skipper had made 123 by the time of his most recent dismissal to Zampa.

Nonetheless, it it will be fascinating to see how Kohli approaches the puzzle as he aims to end a run of eight World Cup innings without a half-century.