Russell has been struggling with knee problems and has been used in brief bowling bursts by his captain Jason Holder. Nevertheless, he has still managed to take four wickets in the 11 overs he has bowled across two games so far, averaging 11.25.

“Andre will be fine,” said Estwick. “Andre is a warrior, he is a soldier. He’s a strong man, mentally, and he will be up for the game. He’s been really good for us. When we sat down and had our plans, we didn’t expect him to bowl as much as he’s been doing, but he’s been brilliant, so no problems at all with Andre.” 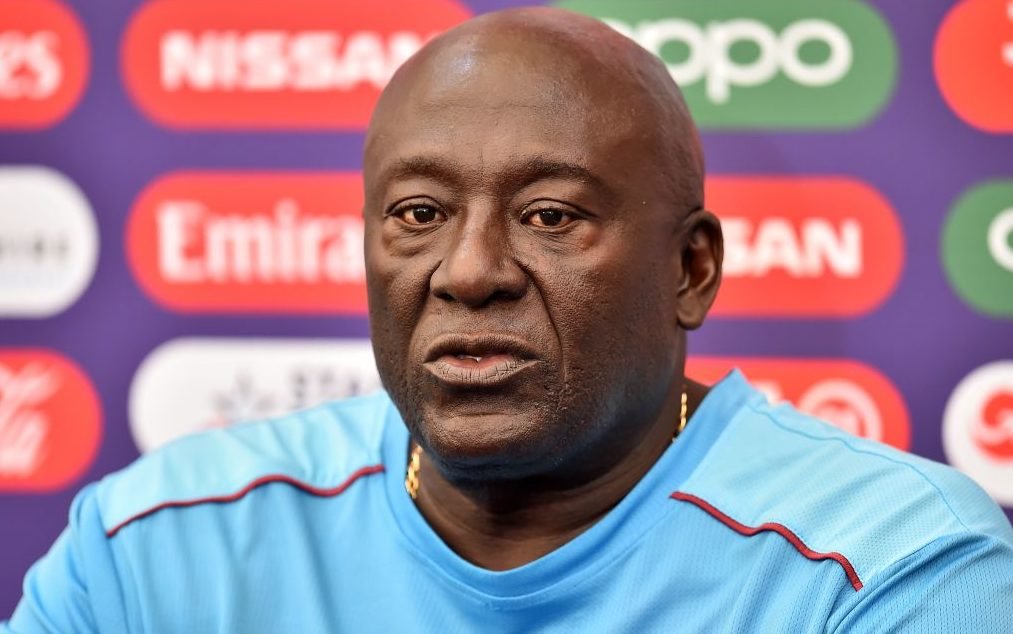 West Indies, with one win and one loss, have entertained so far with their flamboyant batting and sharp, quick bowling, which has caused problems for opposition batsmen, not least for Pakistan, whom they shot out for 105 in their first match of the tournament.

South Africa, on the other hand, are still looking for their first win of the World Cup and have been hit by injuries to their fast-bowling core of Dale Steyn, Anrich Nortje and Lungi Ngidi, with the former two having been ruled out of the entire tournament. Kagiso Rabada is the last of the genuine pacemen left and the pressure on him to perform has arguably never been greater. Rabada, though, insisted that South Africa have to keep moving forward with whatever resources are at their disposal.

"There's a lot been happening off the field, so it's a bit of a weird stage for the Proteas and cricket in South Africa."

“It’s been very interesting. There’s a lot been happening off the field, so it’s a bit of a weird stage for the Proteas and cricket in South Africa. You’ve got guys that don’t have much experience coming in. And you’ve got guys who are approaching the end of their careers. So it is a bit of a mix in that regard.”

Rabada emphasised the importance of South Africa’s senior players to hit top form. That includes Hashim Amla, who has made just 19 runs from two innings and has been recovering from a concussion after being hit in the head by a pacy ball from Jofra Archer in the tournament opener against England.

“Hash is an important figure, with a sound mind, he’s a balanced individual,” Rabada said. “We do rely on him, just as we rely on everyone in the team. But I guess you could say we rely on him more.”

South Africa’s World Cup campaign has been a disaster so far. They have lost their first three games of the tournament and have been hit by injuries to key bowlers. In addition, the last few days have been overshadowed by the revelation that AB de Villiers offered to play in the World Cup but was denied by team management, who upheld their “morals” and stuck to the initial squad they had decided on. South Africa’s batting has been lacking dynamism and inspiration, whilst their bowling has been missing the discipline, both at the start and in the middle overs, to restrict the opposition.

West Indies have had a mixed start. They demolished Pakistan at Trent Bridge with a vicious display of fast bowling. They came up short against Australia at the same venue, however, losing by 15 runs in an entertaining encounter. Nevertheless, West Indies are proving to be one of the most watchable sides in the tournament. 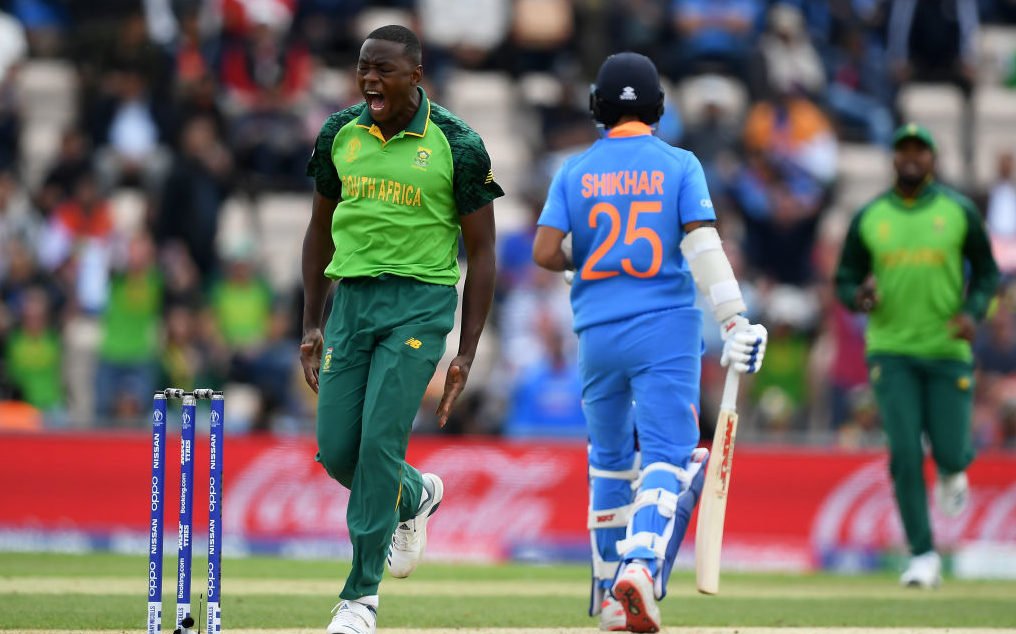 Rabada was back to his best against India

After struggling against England and Bangladesh, Rabada found form against India at the Hampshire Bowl, bowling with pace and hostility. He troubled India’s batsmen consistently, especially during his fiery opening spell, which included the wicket of Shikhar Dhawan, and ended with impressive figures of 2-39. With Steyn having flown back home and Ngidi still injured, plenty of pressure is on Rabada to deliver the goods for a demoralised South Africa.

Without exploding yet, Gayle’s form has looked promising, with 71 runs from two innings so far, including a half-century against Pakistan. His back problems have caused some concern and have perhaps affected his mobility at the crease. The start he offers, however, is crucial to this West Indies batting line-up, and should he fire, as he did in the ODI series against England earlier this year, West Indies could rack up a massive total.