Following England’s 31-run win over India at Edgbaston, captain Eoin Morgan stated that an assertive batting approach from his side, both upfront and at the death, eventually turned out to be the difference-maker.

“The period from 10 to 20 overs was probably the difference between the game,” Morgan said. “I think we scored about 90-something runs in 10 or 11 overs. And it was quite evident to see, when the seam was run, the ball was not coming onto the bat, a little bit two-paced, a little bit of purchase from cutters, slower balls.

For his century at the top of the order that set the tone for England, Jonny Bairstow was named Player of the Match! #CWC19 | #ENGvIND | #WeAreEngland pic.twitter.com/i6H8groCQ3

“The manner in which we played today, particularly with the bat, was outstanding. It certainly resonates with everybody in the change room, to the identity which we wanted to play with in this tournament. It’s come at a really good time, and against an extremely strong team. So we’re delighted.”

On an Edgbaston surface that turned progressively sluggish, England’s win, their first in three games, pushed them closer to the semi-finals. Jonny Bairstow’s eighth ODI century, and a late charge by Ben Stokes, powered England to their fifth 300-plus score of the tournament.

“Jonny and Jason [Roy] can make a wicket seem flat at different stages, and they did through that period,” Morgan said. “So it was a great period for us and obviously got us off to an unbelievable start. So we felt we were ahead of the game at that time.”

In reply, India were slow-moving in the first 15 overs, collecting just 53 runs. The first Powerplay yielded 28 runs, and included a distinctly high number of dot balls (42).

“Losing an early wicket always puts you under pressure, and we lost KL [Rahul] right at the start, and they bowled pretty well in the first ten overs,” Rohit Sharma said.

"We took our time, yes, but the condition was such that it didn't allow us to just come and bat and put pressure on the bowlers that bowled in the right channel"

Rohit’s third hundred of the tournament, along with Virat Kohli’s fifth consecutive 50-plus score, gave India a launching platform, but with the asking rate shooting up alarmingly, the middle order couldn’t accelerate in the face of crafty bowling at the death.

“We [Virat and I] wanted to make that partnership big, because we knew the longer we bat, the easier — not rather easier, but the closer we’ll get to the target,” Rohit said. “So that was the idea. We took our time, yes, but the condition was such that it didn’t allow us to just come and bat and put pressure on the bowlers that bowled in the right channel.”

Hardik Pandya’s 33-ball 45 kept India in the game, but nagging variations by the English pacers at the death stifled the run flow, with MS Dhoni and Kedar Jadhav failing to produce the big hits. 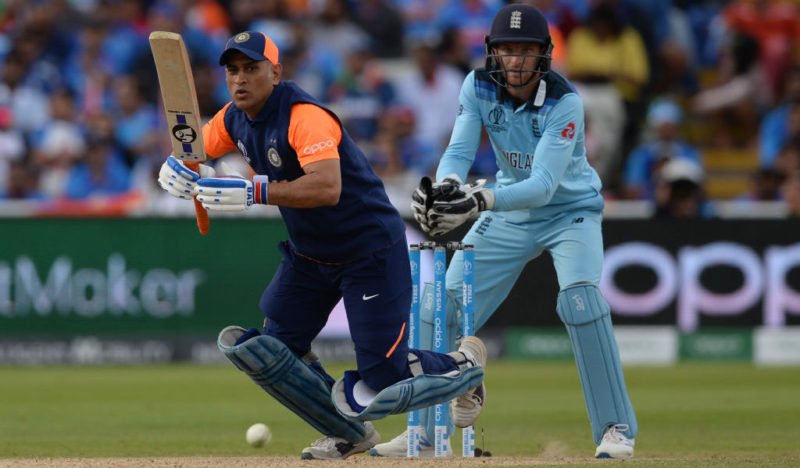 “When MS and Kedar were batting, I think they were trying to hit, but they were not able to because of the slowness of the pitch,” Rohit said. “Towards the end, it got pretty slow.”

In comparison, England racked up 92 runs off their last ten overs, 32 of which came off the last two overs of Mohammed Shami. Morgan lauded Ben Stokes’ ability to consistently pepper the boundary with his big hits towards the end of the innings.

“For Ben to do it and continue the form that he’s been in and be so adaptable and just skilful towards the end was brilliant,” Morgan said. “The change room was bouncing when he was batting. It was great.”

Rohit, meanwhile, lamented the absence of a similar finish to India’s innings.

Related Story: Four areas of improvement for England exposed by India in the fourth T20I

“Anything over 300 these days, we know that with the shorter boundaries, good pitches, is achievable,” he said. “It’s just that we’ve got a clear partnership, big partnership. We did that today, one good partnership, but then when you’re chasing 330, around 340, you need that ‘X factor’ innings of someone coming and playing that 70 off 30-40 balls. Hardik was looking good, but couldn’t just go on.

“That is something Ben Stokes did for them, came and batted and changed the game. Until then, we were right in the game, restricted them pretty well. Yeah, we needed something like Ben Stokes’ innings towards the end to get to that target.”