He might have battled injury concerns ahead of the World Cup, but Mitchell Starc, Australia’s pace spearhead, has been unrelenting with the ball in their campaign so far, and has ruled out the option of taking a break in the middle of the tournament.

“If I’m fit I’d like to play all the games,” Starc said, ahead of his team’s clash against Bangladesh on June 20. “It’s not up to me but it’s the World Cup. I think you’ve got to play your best XI, depending on conditions and the team we play. I definitely won’t be putting my hand up to rest.”

"If I'm fit I'd like to play all the games. I definitely won't be putting my hand up to rest"

Starc has featured in just one World Cup edition before, but is already Australia’s second-highest wicket-taker in the tournament’s history, only behind overall leader Glenn McGrath, his compatriot. In the 2015 World Cup, he ended as the joint-leading wicket-taker, and has continued his stellar form this year, currently topping the charts with 13 wickets in five games.

Against West Indies, Starc’s 5-46 helped set up a 15-run win, with the left-arm pacer claiming the last four wickets of the innings. He acknowledged the challenge of delivering in the final overs, a facet of his bowling that Starc has actively prepared for and developed over a period of time. 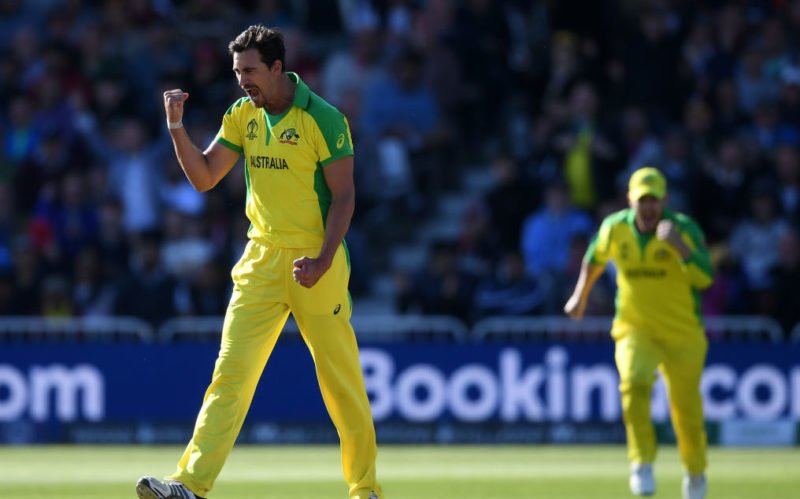 Starc impressed against the West Indies with a five-wicket haul

“I do enjoy the challenge. It’s the challenge at the death, that challenge of trying to win a game for your team or trying to defend a title, I really enjoy that. It’s something I work really hard at and it’s been a role I’ve done for a long time.”

While he averages 19.15 with the ball in this edition, his economy has been 5.41, a touch higher compared to his career figures of 4.99. “My economy rate might be higher than others, but I’m there to make breakthroughs for the team,” Starc said.

Related Story: Quiz! Top run-scorer for India in each edition of the World Cup

Fitness-wise, Starc has done well to recuperate in time for Australia’s title defence, having played no ODIs this year before their first World Cup 2019 game. He missed Australia’s limited-overs tour of India, in February, due to a pectoral tear, and did not feature in the 2019 IPL. He returned in time for the marquee tournament, and has been in peak form since, crediting a simplified approach for his white-ball exploits.

“Test cricket is still the pinnacle for me but the fact I’ve kept it pretty simple in terms of my gameplay for white-ball cricket has held me in good stead through World Cups.”