Former Australian fast bowling great Glenn McGrath has named England, rivals throughout his career, as the team to beat for this summer’s World Cup.

England have played thrilling white-ball cricket since dramatically changing their approach following a disastrous 2015 World Cup campaign. It has resulted in them losing just three of 23 series in the past four years, along with scoring over 400 on multiple occasions and chasing down large totals just as frequently. They are now the No.1 side in the world.

McGrath, who won the World Cup three times on the bounce between 1999 and 2007 and finished his career with 381 ODI wickets, feels that England’s form and fearlessness makes them favourites to go all the way for the first time.

"Most teams used to go hard in the first 15 and the last 15 and consolidate in the middle. But teams like England, India are just going hard the whole 50 overs"

“England, a very good one-day unit,” McGrath told ESPNcricinfo during a trip to Chennai to work with his pace-bowling academy. “To me they are the favourites going into this World Cup, so I think they’ll do very well.”

The 49-year-old has a history of outlandish predictions before the start of a series or tournament. Though despite such predictions going against England several times in the past, McGrath feels that you can’t ignore the power of Eoin Morgan’s side.

“I can’t remain biased my whole life,” laughed McGrath. “You’ve got to go on current form. The England team – the way they go about it, they have impressed me. They have scored some big, big totals. Most teams used to go hard in the first 15 and the last 15, and consolidate in the middle. But teams like England, India are just going hard the whole 50 overs, and that’s the impact T20 cricket has had. So yeah, I don’t think I’ve ever said ‘England are the team to beat’ or the ‘favourites’. 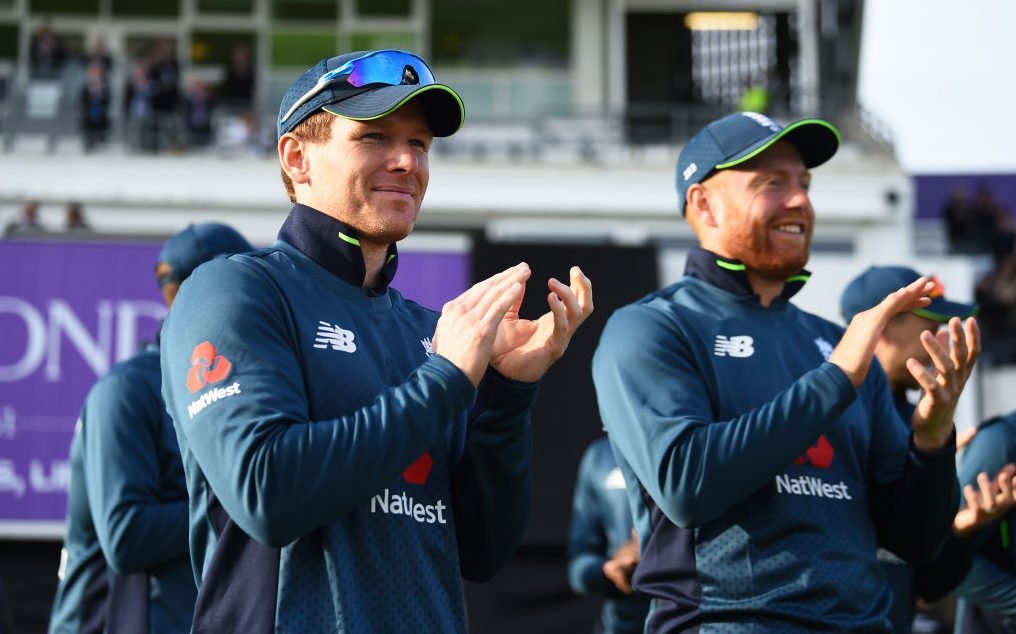 “I didn’t say they were going to win the World Cup though! So they are the favourites and are going to be tough to beat in their own conditions, but fingers crossed, Australia can do well.”

McGrath also feels that India will be strong contenders too. “The two standouts to me were India and England, with fingers crossed, Australia doing well. South Africa are always a good team, West Indies are bit of a dark horse – they can play really well or badly, probably similar to Pakistan. So it’s going to be an interesting World Cup. England and India are tough to beat, but with Australia’s form, I think we’ll see them make the final.

“I was a little bit concerned how Australia were going to go, but their form of late has really impressed me. They’ve performed really well in conditions that are not suited to them, so that bodes well for their chances. I’d like to think that they’ll make the finals. India are a quality one-day unit as well. They’ll be in the running.”