Australia head coach Justin Langer has said that it is unlikely for fast bowlers Mitchell Starc and Pat Cummins to find rest during the ongoing 2019 World Cup, even though the side has already qualified for the semi-finals.

Australia became the first team in the competition to secure their place in the final four, with a clinical 64-run win over hosts England at Lord’s on Tuesday, June 25. They will now face neighbours New Zealand at the same venue, in their penultimate group-stage game on Saturday.

With an Ashes series looming soon after the conclusion of the World Cup, there is a need for Australia to monitor the workload of their ace pace duo, but Langer said he “would be surprised if either of those guys rest up”. 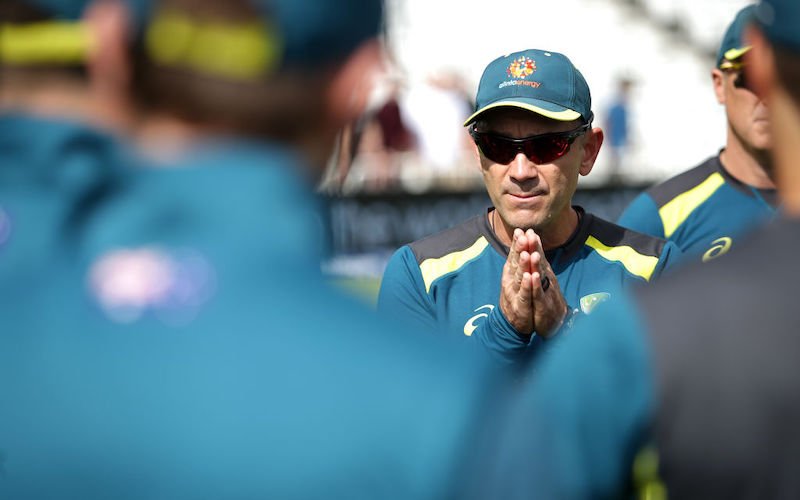 “The challenge is going to be that we have long layoffs now,” he said. “A bit of a layoff here, then five or six days in Manchester. We have to manage that really well, so I don’t think they will want to rest.”

There have been some questions asked recently of Cummins’ form, after he went wicketless against both Bangladesh and England, but Langer brushed aside any concerns regarding the 29-year-old, citing his ability to control the game even when he isn’t picking up wickets.

"He [Behrendorff] is a really nice person. To see those sort of people get a reward is really pleasing"

“He hasn’t got the wickets in the last two games, but he’s still been a huge part of our side,” Langer said. “He’s someone who’s so reliable that you go to when you either need a wicket or you need some control in a game.”

Langer was also effusive in his praise of Jason Behrendorff. The right-arm pacer, who replaced Nathan Coulter-Nile, picked up 5-44 against England, in just his second game of the tournament. His scalps included that of James Vince, off the second ball of the England innings.

Langer, who coached Behrendorff at Western Australia, said: “To come to England and bowl on the big stage as well as he did, it will be a great confidence boost for him. He is a very good athlete and an incredible professional, so he will do everything possible to play.

“And he’s a really nice person. To see those sort of people get a reward is really pleasing.”