Kane Williamson dismissed suggestions that winning the toss had been the defining factor in New Zealand’s opening Cricket World Cup win on a green Cardiff surface on Saturday.

Conditions played right into the hands of the Kiwi seamers as they bowled out Sri Lanka for just 136 – even without the injured Tim Southee.

Martin Guptill and Colin Munro then made light work of the run chase to give New Zealand a 10-wicket success, prompting post-match questions about the even-handedness of the pitch.

Dimuth Karanuratne afterwards appeared to suggest spectators were interested in “good batting wickets” although the Sri Lanka skipper, who carried his bat, did not spare his own batsmen criticism for their lack of mettle.

But Williamson offered a typically nuanced analysis of the lopsided scorecard and argued Sri Lanka might have fared better with more of their captain’s “old school” approach.

“I don’t think there’s a problem with [the pitch],” he told post-match compere Nasser Hussain on Sky Sports. “I think with the new ball in both innings you’re going to expect some movement.

"We know in England to expect different wickets. We've seen a lot that have been high scoring. We've seen this one here. It's important you have that balanced attack"

“When you’re able to bowl a side out for a lowish total then naturally it’s going to be tough to defend. Guys are going to come out and play shots, and all of a sudden the ball that’s full and doing a little bit doesn’t become as threatening because the cricket’s not as conventional.

“I thought obviously it offered a little bit, but it was slowish movement so it was one of those surfaces that if you could see off the new ball a little bit – a little bit old school – you might be able to get a few more.” 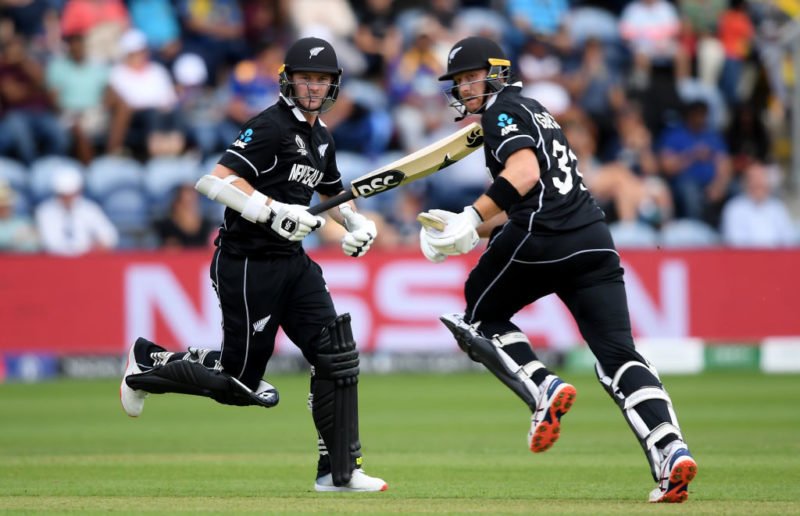 New Zealand’s next game is at The Oval, traditionally a true surface, and Williamson is confident his bowling attack is varied enough to offer a threat whatever the conditions.

“We know in England to expect different wickets,” he said. “We’ve seen a lot that have been high scoring. We’ve seen this one here.

“It’s important you have that balanced attack to have aggressive options from different players on different occasions.”