Eoin Morgan has called on England to bring their spirit of joyfulness to Sunday’s World Cup final as four years of cricketing revolution come down to 100 overs against New Zealand.

England’s radically-remodelled approach to the 50-over game, begun under the enterprising leadership of Morgan and coach Trevor Bayliss after their early exit in 2015 playing cricket from a bygone era, has led in the end to this: the chance to win a first World Cup in front of their own supporters at Lord’s.

England’s entertainers have got there playing the way they know best, emerging from a mid-group stage slump thanks to a frank exchange of views between team-mates who, according to Bayliss, concluded “we had got totally away from our normal mode of operation.”

That “normal mode” was back with a vengeance as Jason Roy returned from injury to inspire convincing, under-pressure victories against India, New Zealand and – thrillingly – Australia in tandem with opening partner Jonny Bairstow.

"It's on terrestrial television around the country and on various outlets online, and that presents a huge opportunity for us to sell this great game"

And speaking at a press conference on the eve of England’s biggest limited-overs game since 1992, Morgan called for more of the same, saying, “We’re going to enjoy the game – regardless.

“It’s the culmination of four years of hard work, dedication and planning, and it presents a huge opportunity to go and try and win a World Cup”. 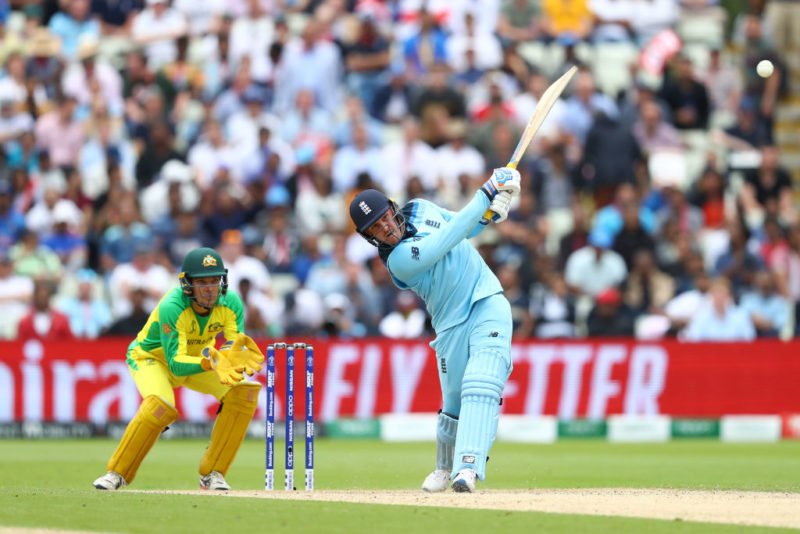 Morgan is also aware of Sunday’s potential for attracting a new audience now the decision has been made to screen the game on free-to-air television in England.

He said, “It’s on terrestrial television around the country and on various outlets online, and that presents a huge opportunity for us to sell this great game.”

Standing in the way of Morgan’s carefree bunch, who top the statistics for runs-per-over and sixes hit and have two 90mph-plus bowlers to call on, are the tournament’s arch-pragmatists – a New Zealand side in the final despite being one of only two sides not to register a total of 300.

Related Story: England’s T20I dominance: How Eoin Morgan’s side reached the brink of the world’s summit

“I’d say it isn’t going to be a high-scoring game,” Morgan said. “I think it will be a bit of a battle. In general, the scores have been a lot lower than they have been in the last two or three years. Adjusting to that has been hard work, but New Zealand have handled that brilliantly.”