England are feeling the heat and desperately need Jason Roy and Adil Rashid fit and firing, writes Jo Harman, who witnessed England’s damaging defeat to Australia at Lord’s on Tuesday.

An early upset against Pakistan? It can happen. “We had a bad day in the field,” said Eoin Morgan after England’s 14-run defeat at Trent Bridge three weeks ago. “I wouldn’t say we were more anxious than normal.”

How about last week’s loss to Sri Lanka? Against a side which arrived at the World Cup with one win in their previous 15 ODIs against Full Member nations, England collapsed from 127-3 to 212 all out in pursuit of 233– the lowest target they’ve failed to chase down since 2014.

Again, Morgan insisted that nerves played no part. “We’ve shown throughout the World Cup we can perform under pressure,” he said.

But, with the notable exception of Ben Stokes, the evidence is mounting to suggest that is not the case, England’s 64-run defeat to Australia at Lord’s being the latest example of a previously all-conquering side falling dramatically below their usual standards. 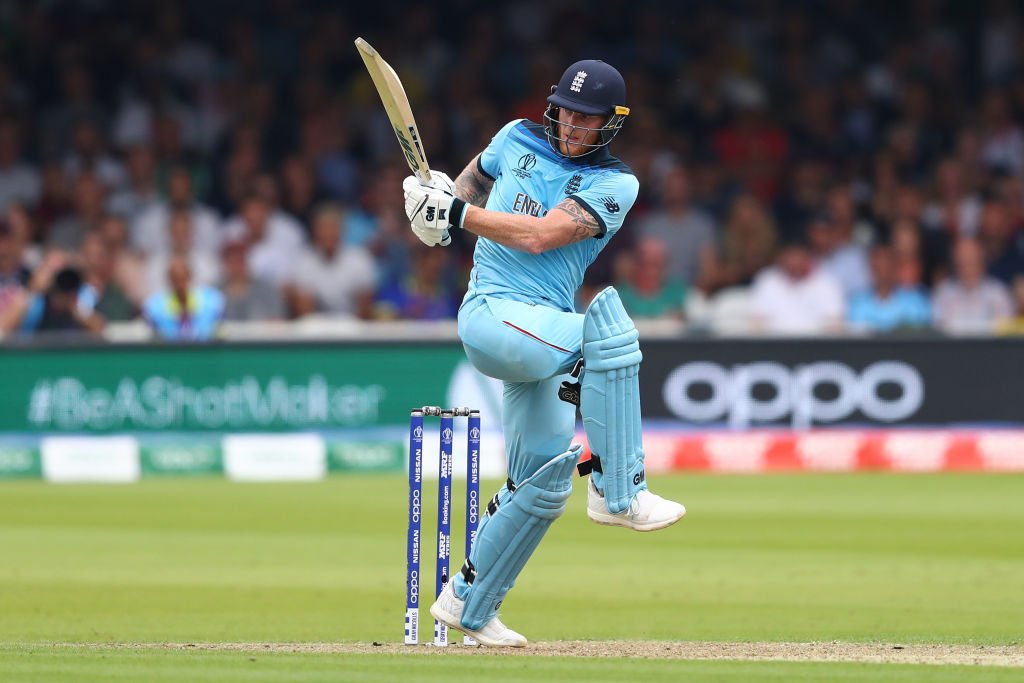 They now face the horrifying prospect of not progressing to the semi-finals of a tournament they were many people’s favourites to win, and could need to beat India and New Zealand in their remaining two group games to secure a top-four finish.

England came into the World Cup with just four defeats in their last 24 ODIs. If you include the warm-up fixtures ahead of this tournament, they have now lost four of their last nine matches, all to sides outside the top four in the ODI rankings.

Something has changed. So if it’s not the pressure of a World Cup, then what?

The absence of Jason Roy cannot be overstated. The Roy-Bairstow opening combination has been the cornerstone of England’s success over the last two years. Their average partnership is 62.62 – the highest of any opening pair in the history of the game who have batted more than 20 times together – and Morgan has spoken of the confidence that flows through the dressing room when they get the side off to an electric start, as had become almost regulation, and the way in which they bully and intimidate opposition.

“I think England know what I’m capable of. They’ve definitely thrown a lot of encouragement my way. I kind of just want to prove it to myself more than anyone else whether I can do it.” @JasonRoy20 on his Test ambitions.?https://t.co/Oag55n4yPm

Sadly the same cannot be said of James Vince, whose second-ball duck, cleaned up by a Jason Behrendorff in-swinger which nipped back through a gaping hole between bat and pad, could well be his last act as an England cricketer. That’s 39 innings without an international century now for Vince. Roy’s hit three hundreds (and three fifties) in his last eight knocks.

In the three matches that Roy has missed with a torn left hamstring, England’s opening stands have been 44, 1 and 0. By contrast, today Aaron Finch and David Warner registered their third century partnership in the space of four innings, setting the platform for an Australian victory.

England are hopeful Roy will be fit for Sunday’s crunch game against India at Edgbaston. They desperately need him to be. 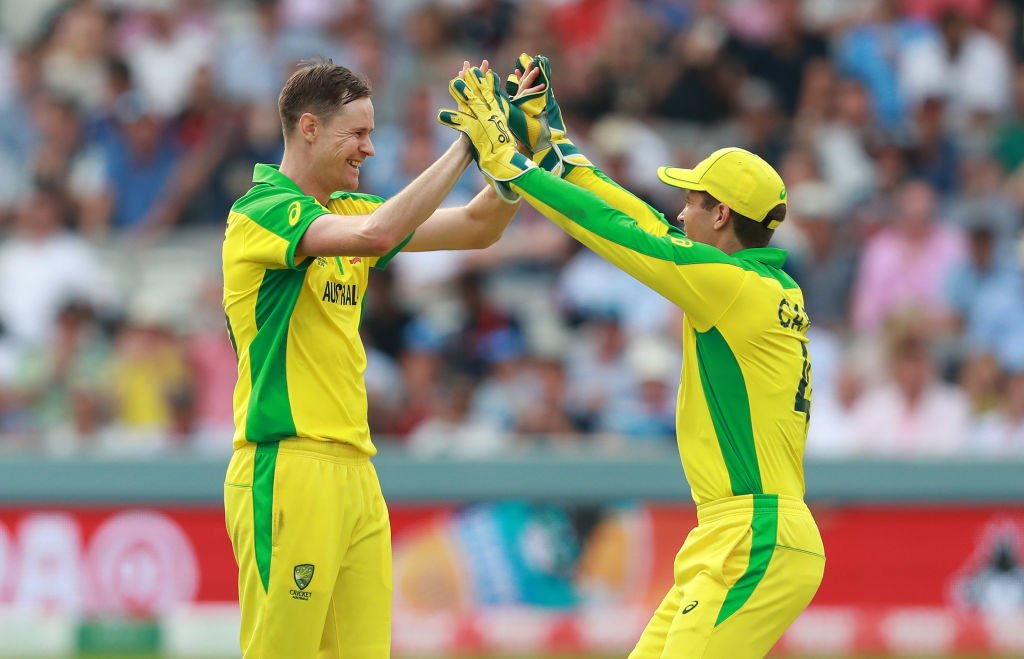 Jason Behrendorff celebrates after taking the wicket of Jofra Archer

Another headache they have been unable to alleviate is the form of Adil Rashid. Nobody has taken more ODI wickets since the last World Cup than England’s leg-spinner, but in this tournament he has only managed seven in seven matches at an average of 52 (not helped by the four catches dropped off his bowling, as well as Jos Buttler’s botched stumping today).

His googly has lacked its usual venom, perhaps a result of a persistent shoulder niggle, and he has been unable to make the match-defining breakthroughs in the middle overs which he has done so consistently over the last four years.

But the loss of Roy to injury and the dip in form of Rashid are not enough to explain England’s drop-off.

Despite Morgan’s protestations, it’s hard to escape the feeling that the pressure created by what is at stake here – of being the host nation, the pre-tournament favourites, the fact that these players have had it repeatedly drummed into them for the last four years what a victory on home soil would mean not only for them as individuals but for the future of the game in this country – has led to scrambled minds.

We saw hints of it in the defeat to Pakistan, damning evidence in the run chase versus Sri Lanka, and more of the same today.

All over – Australia beat England by 64 runs to become the first side to qualify for the semi-finals ? #ENGvAUS #CWC19

Their seamers quickly lost their discipline after failing to make early breakthroughs in muggy, overcast conditions which should have suited them, they were guilty of numerous fumbles in the field, and several of their batsmen fell to wild strokes – the most culpable being the captain, who, after having a huge swish at his second delivery, top-edged his seventh straight to fine-leg.

Were it not for the all-round excellence of Stokes, who was the pick of England’s bowlers despite only bowling six overs before keeping his side in the hunt by scoring 89 from 115 balls as wickets fell around him, this would have been a complete humiliation rather than merely a thumping defeat.

Who’s unlucky to miss out? ?https://t.co/SuMwhTXFYR

When Stokes was finally beaten by a piece of brilliance from Mitchell Starc, the left-armer hitting the base of off stump with a perfect yorker, he could only drop his bat to the floor and aim a forlorn kick at it. He couldn’t do it all by himself.

All is not lost for England, of course. Based on their form leading up to this tournament they would have been confident of beating India and New Zealand. But the last few weeks have shown us that means very little at all.